Part of my issue with the card was a combination of timing and the other players depicted.

By the time I fully embraced the Reds in 1983, they were God-awful terrible, surpassed in badness by perhaps only the 2016 edition of the cl 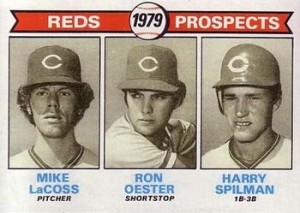 Mike LaCoss (waivered, claimed by the Houston Astros) and Harry Spilman (traded to Houston for Rafael Landestoy) were long gone.

Heck, Ron Oester hit 20 home runs across two of the darkest seasons in Reds history (1982-83), as a second baseman.

If it weren’t for Cesar Cedeno and (maybe) Tom Hume, Ron Oester would have been my favorite Red.

And if it weren’t for those guys and Mike Schmidt, Ron Oester would have been my favorite player.

So, naturally, as I dug deep into my new hobby — baseball cards — one of the first pasteboards I sought out was the Ron Oester rookie card.

When  I found it, the disappointments were manifold:

As a bonus disappointment, I soon learned that Topps did not issue a card of Ron Oester in 1980, and Topps was the only game in town that year. That meant his first solo cards were part of the 1981 sets, all of which I considered to be depressing and mutt-ugly.

So I plunked down my (dad’s) buck, or whatever the 1980 Ron Oester card cost at my local baseball card show, and traipsed home with a checklist hole filled but a lingering void.

That’s kind of the way Ron Oester the player turned out for me, too. 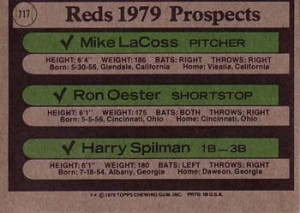 nted more of that power, a better batting average, more flash. But that’s not who Ron Oester was. He was solid, not spectacular. He left the glory to others, so much so that he got one at-bat in the 1990 World Series, then retired after the Reds’ sweep of the mighty Oakland A’s.

Later on, I really wanted the Reds to hire Ron Oester as their manager, but either the player or the team — or both — thought that wasn’t the right move.

Today (May 5, 2016), is Ron Oester’s 60th birthday, and so he gets the full-name treatment throughout my post whether his rookie card was a bust or not. 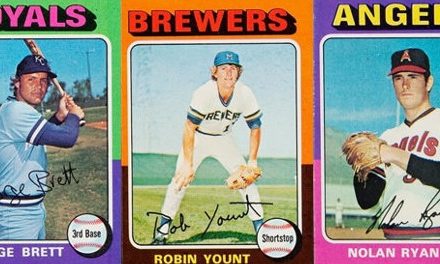 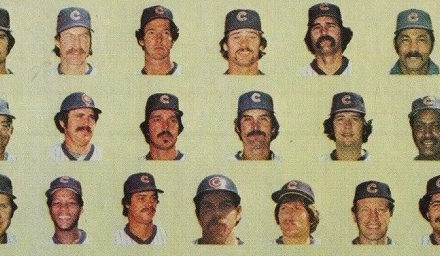