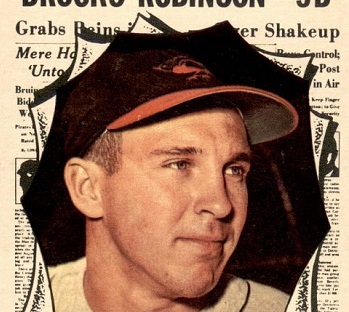 You probably wouldn’t be surprised to learn that the list of players with the most All-Star appearances is crammed full of Hall of Famers and Hall-of-Famers-if-not-for-controversy/disgrace types.

After all, the All-Star Game is supposed to bring together the best of the best for a given season, and if you make that cut for a bunch of years … well, chances are you’re one of the “Best of the Best, All-Timers Edition.”

Still, the truth is, the very top of the most-All-Star-appearances list is salted with players who have an unfair advantage over the rest. Namely, MLB put together two All-Star games each summer from 1959 through 1962.

It’s no coincidence that all four guys with 20+ All-Star appearances went 8-for-8 during that stretch — Hank Aaron, Willie Mays, Stan Musial, and Mickey Mantle all made the roster for both All-Star games each of those four seasons.

Again, not really a surprise, since those four stand among the top 3-to-10 players all-time, if not even higher.

Still and all, they were able to “pad” their All-Star resume with four entries that simply weren’t available to some of the guys further down the list, like Rod Carew.

But, while Aaron, Mays, Musial, and Mantle were already well-established All-Star veterans by 1959, the extra games gave emerging stars a chance to jump in to the Midsummer Classic fray with a jumpstart.

One guy who took good advantage — if not full advantage — of that opportunity, was Baltimore Orioles third baseman Brooks Robinson.

Robinson broke in with the O’s in 1955 at just 18 years of age then spent parts of two seasons with spotty appearances before finally exhausting is rookie status in 1957. It would be another two seasons before he got his batting average above .240, jumping up to .284 in 1959.

With the Orioles pushing into contention at 89-63, good enough for second place in the American League behind Mantle’s New York Yankees, it all added up to a third-place showing in the AL MVP ballot for Robinson.

Suddenly a hot name in the game, Brooks was a prime target for collectors the next spring, and Topps obliged by adding a bonus Robinson pasteboard to go along with his base issue.

There, for the first time, Robinson appeared on a Topps All-Star Card:

It was sort of fitting, too, that the 1961 series was the first to feature the bursting-from-the-newspaper motif that Topps would use to good effect again in 1970, and that is one of the more iconic subset designs of the last 70 years.

Like Robinson’s first All-Star appearance(s) the year before, that 1961 Topps All-Star was the first in a long line to come — B. Robby made All-Star rosters all the way up through 1974, including two each from 1960 through 1962.

He saw his last All-Star designation on his 1975 Topps base card, with the AS “star” replacing the usual position-listing baseball.

Today, that 1961 All-Star “rookie” card (“First All-Star Card”?) holds a steady place in the hobby firmament, with copies graded as PSA 8 selling for more than $100, and PSA 9s pushing $300. If you were ever lucky enough to find one graded a perfect “10,” you’d undoubtedly be looking at a strong four-figure price tag.

Lofty territory, to be sure, but what else would you expect for the card that announced the birth of a legend? 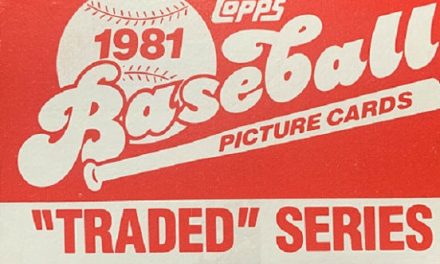 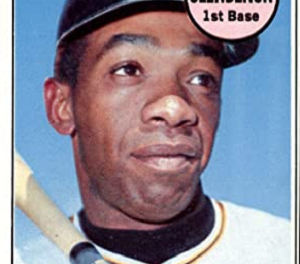 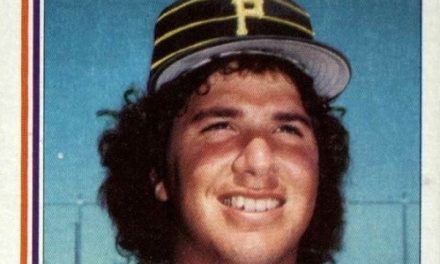