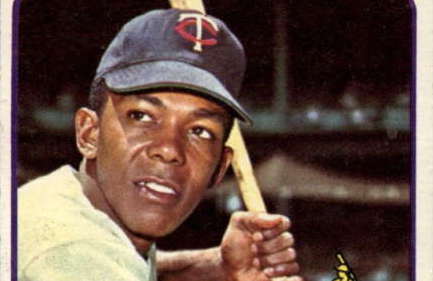 If you look up “Baseball Card” in the dictionary, you’ll find a picture of the 1965 Topps Tony Oliva card.

Go ahead … look it up. Tony and I will be waiting for you right here.

Oh, are you back? Great!

While you were gone, Mr. Oliva went 3-for-4 with a walk and two doubles, and I knocked out a couple hundred words for tomorrow’s post. 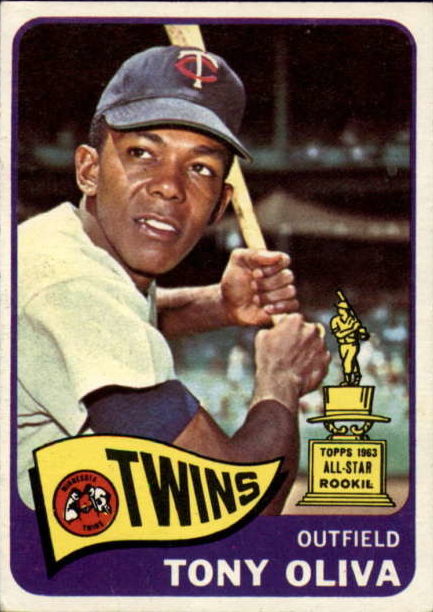 Anyway, here are 6 reasons why Tony Oliva’s Topps card is the best one issued in 1965 and one of the best of all-time.

1. The team pennant. If there were ever a set of baseball cards that made you want to get out to the ballpark and root for your team, it’s the 1965 Topps issue. That waving banner with the club name and logo evokes memories of your bedroom wall decked out for the season, Wally Cleaver and his letterman’s jacket, the World Series, and any number of other childhood delights.

2. The All-Star Rookie trophy. These paper trophies were bestowed upon players whom Topps had named to the All-Star Rookie team for the year before. When I started collecting in the 1980s, Topps had discontinued their use — though they would come back — and the little gold emblems seemed like old-card treasures to me.

3. The colors, man. Logically, the colors on this Oliva card sound like a mishmash — purple, yellow, red(ish), black, white. That’s a recipe for the psychedelic color schemes of the 1970s, right? Maybe, but it all comes together perfectly for Oliva here, the gold of the All-Star Rookie trophy accentuating the yellow banner and the purple borders richening the dark stadium background.

4. Tony Oliva, alone. The 1965 issue is not Oliva’s rookie card — he appeared in both the 1963 and 1964 Topps sets. But in those years, Oliva was part of those multi-player “Rookie Stars” cards that make all the players look pretty much the same. This card, though, puts Oliva alone in the spotlight for his first solo card.

5. Oliva, ready to rock. And what an image it is, too! Oliva has his bat at the ready, hands down near the knob, and he’s looking off toward his right with concentration or maybe a bit of annoyance. Usually, a straight-on gaze or a nice smile would be the goal of a posed shot, but this is a man entering his prime, and he’s serious about doing his best.

6. Tony the Minor. Even though Oliva won the AL Rookie of the Year and the AL batting title in 1964, his cartoon on top of the card back tells us that he led the Appalachian League in hits and RBI in 1961. To be fair, the block of text above the stats grid does call out his rookie heroics. 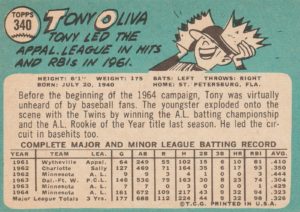 Those are the unassailable facts that make the 1965 Topps Tony Oliva the best card issued that summer.

Why are there six of them? Because that was Oliva’s uniform number for the bulk of his career with the Minnesota Twins, naturally.

But that’s not a really big number, is it? And certainly not big enough to do justice to Oliva’s greatness and to this card’s greatness.

So here are two more in honor of all the doubles that Oliva clubbed, 329of them over a 15-year career. Or 324 during an 11-year career if we throw out the four seasons he played less than 70 games (93 total games those years).

8. Unfulfilled Potential. OK, it’s not really fair to say that Oliva didn’t fulfill his potential. After all, he hit .304 with 1917 hits and 220 homers during his time with the Twins. It’s just that the promise of Oliva told us there could be more … more batting titles … more hits … more home runs … more years. But he didn’t make it to the Majors on a full-time basis until his age-25 season, and he turned 26 that July. And then he only played in 150 games two times once he hit 30.

It’s tough to make the Hall of Fame when you’re not on the field, and that was Oliva’s unfortunate fate as he fell off the HOF ballot in 1996 without ever reaching even 50% of the vote.

Still, Oliva was an incredible player who landed a beautiful first solo card.

And if your dictionary doesn’t show the 1965 Topps Tony Oliva under the entry for “Baseball Card,” well, then, your book is broken. 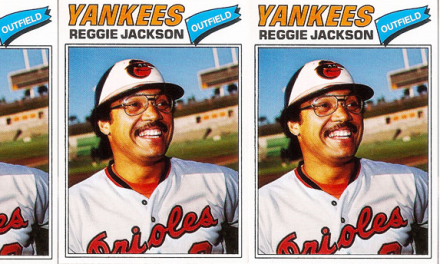 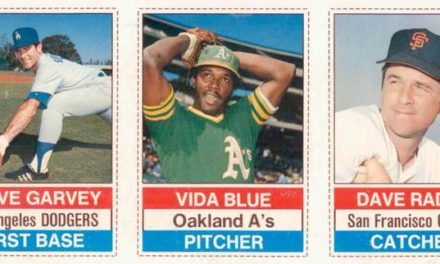 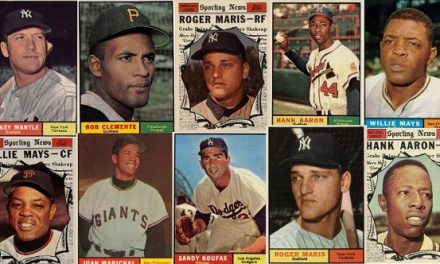