Why the 1967 Topps Dave Ricketts Card Gives Us All Hope 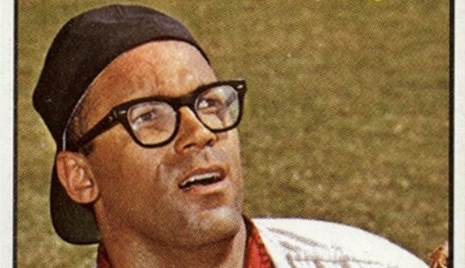 C’mon, admit it — you still think you have an outside chance of making it onto a Major League roster someday, don’t you?

I mean, there are plenty of bad teams out there, and injuries and call-ups make late-season rosters unrecognizable anyway. Who’s to say you couldn’t get yourself back into shape and walk on for, say, the Cincinnati Reds one of these years as they’re closing in on 100 losses?

It’s OK to give into this fantasy. 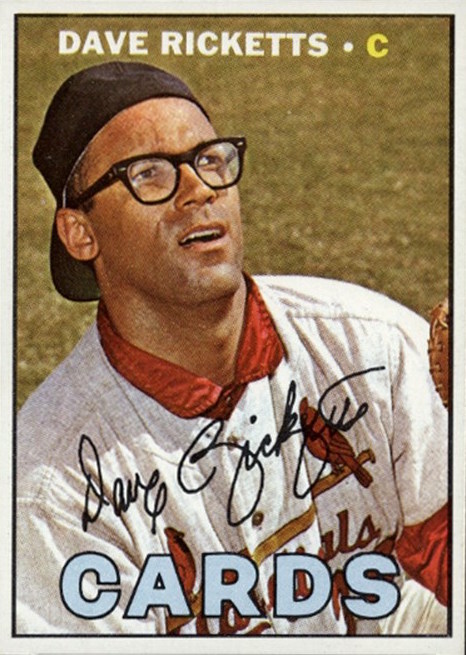 Everyone who collects baseball cards harbors the dream that someday he too will get his cup of coffee with a Big League team and maybe even land his own Topps rookie card. It’s part of the allure of baseball.

The players who roam our green cathedrals look like us, or like our dads. They’re not tall, they’re not glamorous, and many of them are not especially athletic. Plenty of guys don’t hang up their spikes until well after their 40th birthdays.

Heck, baseball is even a safe haven for the nerds among us, especially now in the age of Sabermetrics. There must be some market inefficiency that you can exploit with your unique physical talents, right? Maybe you’ll figure out a way to use that office-chair butt as an advantage — you’ve spent two decades developing it, after all.

Or maybe you can show that your accountant-grade spectacles give you a better eagle eye than any contacts ever could or than any uncorrected rookie phenom could ever hope to develop.

And, if you want further inspiration for your dream, pull out that stack of baseball cards you keep hidden in your nightstand drawer — the ones behind your spare CPAP mask and underneath that old copy of MAD Magazine (the one with Alfred E. Neuman on a replica 1988 Topps card).

Thumb through the pile and marvel at how many of the guys pictured on your cardboard masterpieces are short or chubby or ugly or old, but don’t linger on any of them.

Not until you get to that beat-up 1967 Topps card of Dave Ricketts. That’s the one that will keep your fantasy alive even in the dark depths of winter when you’ve piled on a few pounds, lost a few more clumps of hair, and haven’t seen the sun in days.

That’s the card that reminds you of baseball’s endless possibilities.

Man of Your Dreams

Dave Ricketts had eight at-bats in 1963 and 29 in 1965 for the St. Louis Cardinals, but those brief Major League stints are so buried by minor league numbers on the back of his card that you might never know they existed if not for his page on Baseball-Reference.com

Dave Ricketts was 31 years old in the picture on the front of his 1967 Topps card.

Dave Ricketts looks like your history teacher on the front of his rookie card.

Dave Ricketts looks like your accountant on the front of his rookie card.

Dave Ricketts makes his collared Cardinals jersey look like business casual on the front of his rookie card.

Dave Ricketts is confused about whether he should continue to pursue baseball or return to his dad’s law firm on the front of his rookie card.

Dave Ricketts is about to be abducted by aliens on the front of his rookie card.

Flip over that 1967 card, and you can see that Topps was still talking about Dave Ricketts like a prospect:

On the basis of his fine showing at the plate last season for Tulsa, Dave appears ready to face big league pitching.

And if you do a little more research into Ricketts and his baseball career, you’ll discover that Ricketts stuck around the Majors for parts of each season through 1970. Along the way, he appeared on three more Topps baseball cards. 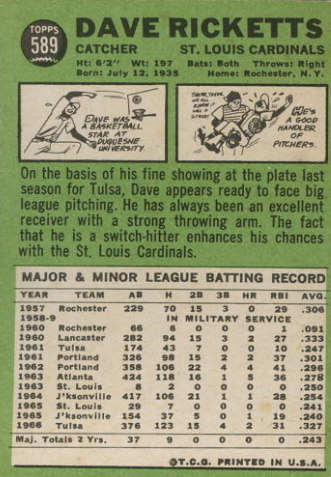 Dave Ricketts and You

On each of them, he appeared slightly stunned behind his black-rimmed glasses.

It’s almost as if he can’t believe he finally made it to the Majors at age 27, after living so much of life.

Or that he “stuck” at age 31 after more weathering and four years of bouncing up and down.

Or that he hung around until he was 35, long enough to appear in two World Series with St. Louis.

Was it all a dream?

It was as real as your daily grind and the popping noise in your transmission and the love handles that are just starting to peak over the sides of your jeans.

Like Dave Ricketts’ spectacles, those are nothing more than temporary disguises to keep the prying eyes of the world out of your dreams.

Someday, your turn on the diamond will come, and then you’ll show them. 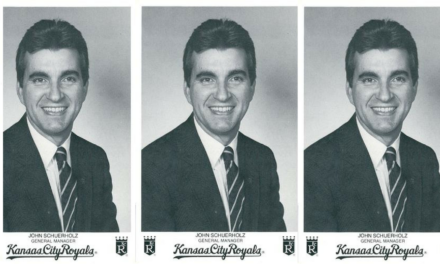 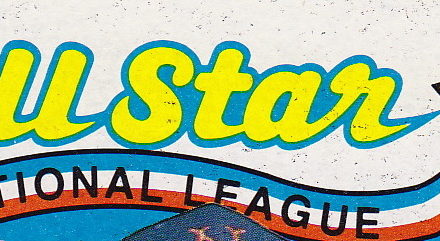 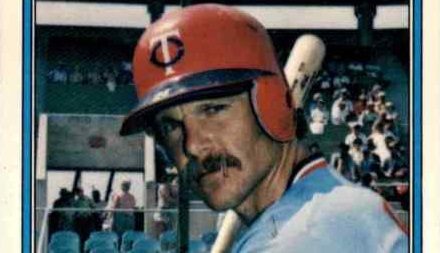 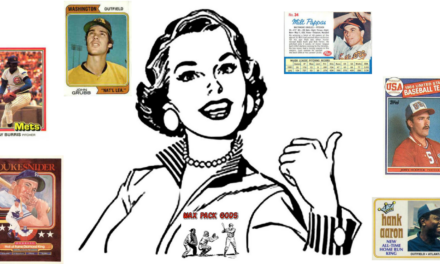