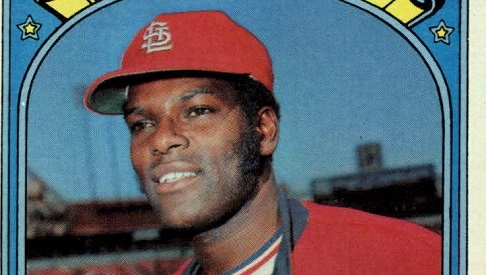 During that decade-plus, Gibson established himself as one of the most dominant pitchers in the National League and helped his St. Louis Cardinals to two World Series championships (1964 and 1967) and to a near-miss in another (1968).

All of which is to say that Bob Gibson had a lot of mileage on his powerful right arm as he turned the corner on his 30s and started thinking about what his 40s could bring. You might expect a dude in that situation to be pretty keen on taking care of himself — you know, staying in shape, watching out for twinges that might indicate danger, and making sure to warm up and stay warm.

Against that backdrop, it’s not at all surprising to find Mr. Gibson in his red-red Cardinals warm-up jacket on the front of his 1972 Topps card.

Now, you might argue that Gibson was only 35 when that picture was snapped, and you’re probably right.

And besides, isn’t this a beautiful card? 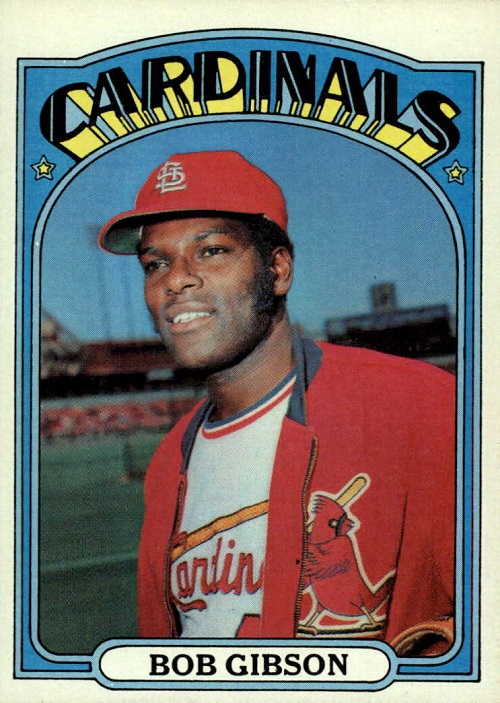 Gibson looks perfectly at home in 1972 (or 1971 if you want to get technical about the picture, again) with sideburns that would make Ginger Baker green with envy.

And that jacket is complemented nicely by the Cards’ home whites underneath the “StL” cap on his head. Then, of course, there is the psychedelic “CARDINALS” starburst against a blue background that looks like an extension of the cool blue sky above Gibson’s head.

The whole off-kilter vibe of the early 1970s comes through like gangbusters, too, courtesy of the off-kilter camera angle that makes you feel like Gibson is standing on the side of a mountain.

It’s an awesome card of an awesome player would begin a fairly rapid decline in 1973.

It was a great performance that makes his gorgeous 1972 Topps card all the more gorgeous, and a perfect choice for this Day 28 of my 2019 Spring Training Baseball Card Challenge.

In case you haven’t been following along, this is the day I’m supposed to talk about a card showing a player in his warm-up jacket.

Consider the challenge met for today, thanks to Bob Gibson, who specialized in meeting challenges all through his playing career. Even if that meant taking the bump a million times during the World Series or turning up his game one more time at age 36.

All he needed was a little warm-up time. 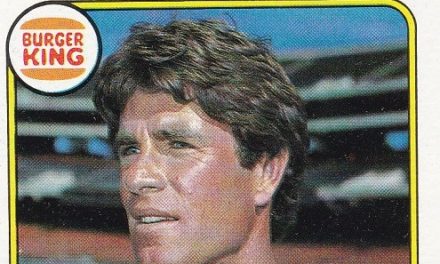