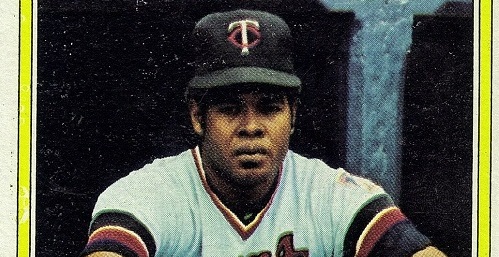 When it comes to writing about the first baseball card I ever owned, I’ve run into a dilemma, one that I’m pretty confident others share, as well … specifically, I don’t know what my first card was.

And yet, that’s the task laid before me — and you — here in Day 12 of my 2019 Spring Training Baseball Card Challenge — to pontificate on my first baseball card ever.

Beyond that, I even know almost exactly where it came from — the toy aisle of our local Marsh grocery story here in central Indiana. I could probably narrow it down to GPS coordinates with a high degree of accuracy if I had to.

But which was the very first card I pulled out of a pack?

It’s all conjecture because, a) it’s been a couple of generations ago (I’m freaking old!) and b) I hated baseball cards at the time. Hated them. Resented them for not being toys. Held ill-will toward my mother because she brought me a pile of cardboard junk from her weekly trip to the grocery store rather than the normal hunk of plastic or foam junk, like a Nerf(ish) rocket launcher or cheap plastic handcuffs. 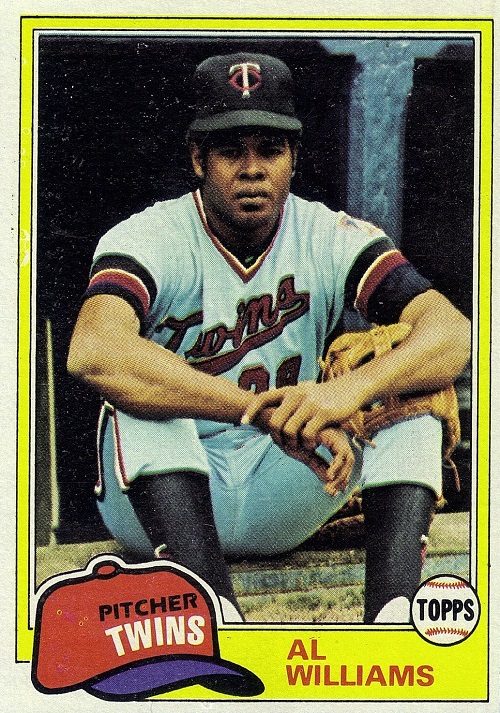 I do know which cards showed up all the time, though, like Rob Picciolo and Steve McCatty. Those drab green Oakland A’s uniforms were the bane of my toy-craving childhood existence, and they seemed to be everywhere.

In fact, I’ve already staked a claim that the 1981 Topps Steve McCatty was my first baseball card, and I wrote about it here. And it may well have been. In my heart, I think it was my first.

But I don’t know for sure, and besides, I’ve already written about that Debbie Downer in mushy brown cardboard enough.

So here, I’m going to tackle another of the cards that always seemed to turn up in my packs, and one that also made an impression on me. And I’ll tell you, nothing makes quite as strong an impression on a young kid as does someone who is mad at you, who stares holes through you.

I have no idea what I did to tick off Al Williams, but from the time I first laid eyes on this card, I could feel his disdain for me. Why, if I had so much as twitched, he might have come right out of those yellow borders and told me what was what.

So I didn’t twitch.

But looking at the card now, I think maybe it was more a combination of things that made me feel sad or disliked rather than Williams himself.

And the card back doesn’t help much, with big open blobs on his stats box that just say “DID NOT PLAY” (twice) and “PLAYED IN INTER-AMERICAN LEAGUE” with no explanation in either case.

At least the cartoons at the bottom of the card were cool, even if they didn’t look like Al Williams.

Maybe Williams wasn’t mad at all but just waiting for his turn to make an impact with the Twins. That chance would come the same summer this card was issued, the split-season mess of 1981, when he stepped into the rotation and became a consistent if unspectacular starter. 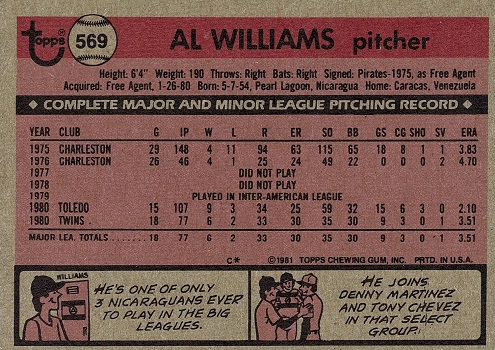 Williams turned 30 early in the 1984 season, though, when the Twins were busy building themselves into a contender on the backs of several outstanding young players. That translated into a reduced role for Williams and a return to the Triple-A Toledo Mud Hens for three games.

That October, Minnesota released him.

And, though Williams made 16 starts for the New York Yankees Triple-A team in Columbus (the Clippers) in 1985, he was done in the Majors, and then done in professional ball.

All in all, Al Williams owns a 35-38 Big League record, with a 4.24 ERA, which is slightly better than what I managed to do in baseball.

More than that, he was on my first ever baseball card, in 1981 … or, at least that’s the way I see it today. Tomorrow might bring a different answer. 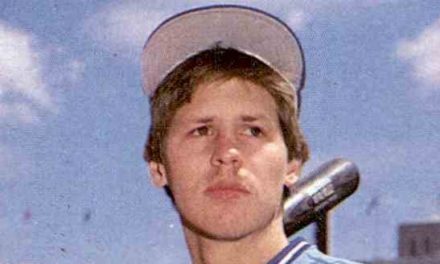