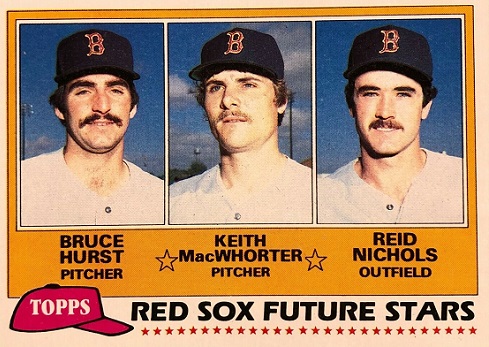 No, not the blazing white home unis with stirrup socks and old-school lettering, and not the dingy road grays either.

It was a uniform that Dennis Eckersley wore with aplomb, maybe even invented.

Jim Rice was a master, too.

Not Carl Yastrzemski, Carlton Fisk, or Fred Lynn, though — they were big enough stars they didn’t have to wear the uniform if they didn’t want to. Eck and Jim Ed were the same way, so you know they really wanted to carry it around with them.

Later on, youngsters like Wade Boggs and John Henry Johnson wore the uni as part of their initiation into Red Sox Nation, and even Dwight Evans put it on as his career progressed, though he had resisted as a young man.

For rookies and prospects without much of a track record, though?

Yeah, you pretty much had to wear the uniform if you wanted to get anywhere at all.

It was a bold declaration to say that Bruce Hurst, Keith MacWhorter, and Reid Nichols would become stars with the Red Sox, and it was a tough prediction to live up to.

Hurst came pretty close, even though he shed the uniform not long into his big league career. He went 13-8 for the 1986 pennant winners and then developed into a Cy Young/All-Star candidate over the next few seasons.

That qualifies as star-ish, for sure.

Nichols didn’t fare quite so well, though he did spend eight years in the majors as a replacement-type outfielder.

Well, he only lasted one season in the bigs, and his time had already come and passed by the time his rookie card saw the light of day. Fourteen games encompassing 42 1/3 innings in the summer of 1980 were bookended by four minor league seasons both before and after.

But, like the others, MacWhorter was a Major League Baseball player, and he scored a real live baseball card — a rookie card! — wearing the uniform we all came to expect from so many of our favorites in the 1970s and 1980s.

And, you have to imagine, MacWhorter wouldn’t trade his mustache-clad place of honor on that Future Stars card for a whole shoebox full of cleanshaven memories.

That 1981 Red Sox team wasn’t much to write home about, especially since Fisk and Lynn had departed over the previous winter, but the artifacts from that team are still pretty neat:

That gem is a 25-signature ball with Yaz on the sweet spot, in case you were wondering. 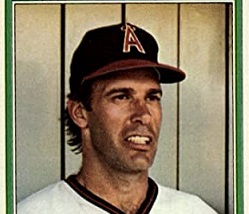 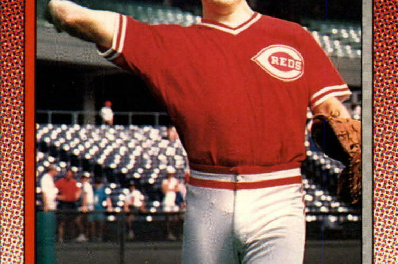 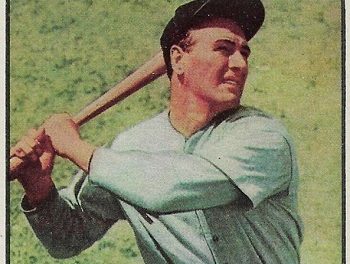