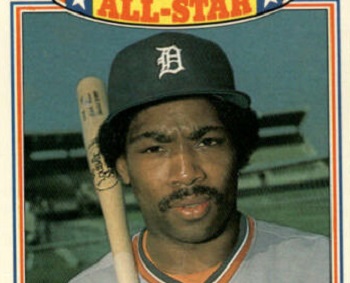 Who was the best player on the 1984 Detroit Tigers?

I mean, Willie Hernandez won both the Cy Young and MVP awards in the American League that season as the Tigers streaked through the regular season.

And then Kirk Gibson took MVP honors when the Tigers swept the Kansas City Royals in the ALCS.

Of course, that team was absolutely loaded and balanced from top to bottom and side to side, with a lineup that also included Lou Whitaker, Lance Parrish, and Darrell Evans.

And the rotation was fronted by Jack Morris, Dan Petry, and Milt Wilcox, who won 19, 18, and 17 games, respectively. Hernandez chipped in nine Ws from the bullpen (in addition to 32 saves), and Aurelio Lopez won ten games in relief (and added 14 saves).

But if you add all those dudes together, they account for just three of the top four players on that Detroit squad in terms of WAR, and only one of the top two.

So, who was the mystery man slotted second among Trammell (1st), Gibson (3rd), and Hernandez (4th)?

Why, it was none other than centerfielder Chet Lemon.

Lemon was an outlier on a Tigers team grown from the ground up — Whitaker, Trammell, Parrish, Petry, Morris, Gibson all came up through the Tigers’ farm system.

Lemon, though, came over in a trade from the Chicago White Sox in November of 1981 in exchange for another homegrown prospect, Steve Kemp.

By 1984, Lemon had settled in as a quiet star in Detroit, following a seven-year run with the White Sox that yielded two All-Star berths but not a lot of publicity.

Entering his age-29 season as the Tigers prepared to explode, Lemon was also older than most of the core group of players on the team, and his steady play didn’t generate much hype — double-digit home runs, decent-to-good batting average, not much speed, solid glovework.

He was one of those invaluable plug-and-play veterans that just got the job done — at a high level — and helped his team succeed.

Thanks partly to the stir that ‘84 team made throughout the game, Lemon’s efforts finally got some notice that summer, and he made it into his third All-Star Game.

And then, then next year, Whitaker landed another honor that had eluded him when he made the Midsummer Classic with the ChiSox in 1978 and 1979 — he landed on an All-Star card.

That, courtesy of Topps All-Star Glossies, inserted one in each rack pack of their 1985 base product.

Lemon was joined in the 22-card set by Whitaker and Parrish … but not by Trammell.

And, thus, Chet Lemon was the best 1984 Detroit Tiger to appear in the 1985 Topps Glossy All-Star set, at least by WAR.

Maybe not the “award” or recognition his underrated career warrants, but it’s a fun card like no other, and tangible reminder that Lemon once stood among the best in the game.

That 1984 Tigers team was one of the most amazing clubs of the last half of the 20th century, and artifacts from their run are super popular in the hobby all these years later. Check out this eBay listing as an example …

That’s a an autographed team ball from the ‘84 Tigers, including — of course — Chet Lemon. 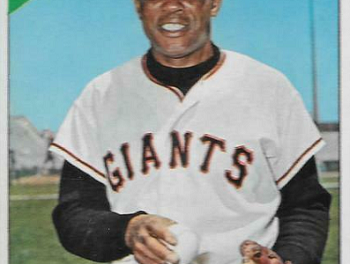 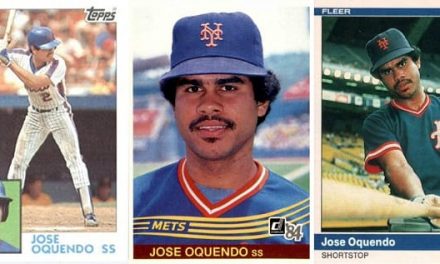 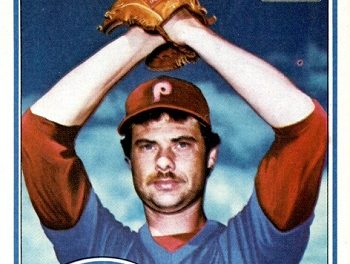