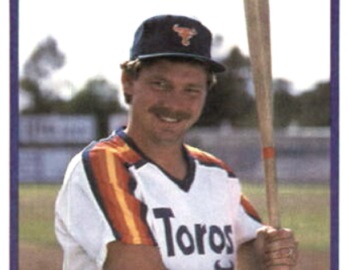 As the trade deadline approached in 1986, the Houston Astros were locked in a seesaw battle with the San Francisco Giants for first place in the old National League West.

Houston was notorious for being a place that home runs went to die, so the Astros decided to beef up their offensive attack with a little veteran leadership and some speed.

If they could get a utility infielder for their outfield, all the better.

Well, how about if I told you the guy they added was Tom Funk, a 24-year-old lefthanded reliever who had been Houston’s 23rd-round pick back in the 1983 MLB Draft?

That oughta clear things up.

I mean, there really was no other way the thing could have played out after the Astros traded lefthander Frank DiPino to the Chicago Cubs on July 21 in exchange for former Dodgers superstar and then still-current Cubs baserunning fiend, Davey Lopes.

Lopes was a four-time All-Star at second base, with a Gold Glove to boot, but the Astros intended to use him mostly in the outfield and as a pinch hitter, which they did, 19 times and 12 times, respectively.

In 113 plate appearances over 37 games down the stretch, Lopes managed just a .235 batting average, but he did swipe eight bases and draw 12 walks.

Sort of an anemic performance, but the real problem was that Lopes cost them their only lefty regular in their bullpen (DiPino, that is).

Luckily, the Astros had Tom Funk sitting at Double-A Columbus with a 6-2 record and 2.66 ERA, and with a similar track record at three other minor league stops. Add in a eight or so strikeouts per nine innings, and you had the makings of a solid situational lefty — if not more.

So, just about in lockstep with DiPino’s departure and Lopes’ arrival, the Astros called up Funk, bypassing the Triple-A Tucson Toros altogether.

On July 24, manager Hal Lanier summoned Funk from the Astros bullpen for the first time, a ninth-inning mop-up job for an Astros romp over the Philadelphia Phillies.

With the ‘Stros up 9-2, Funk served up a home run to the first batter he faced, John Russell, before setting down Steve Jeltz, Greg Gross, and Luis Aguayo in order to preserve the win.

It was an ominous start followed by a quick recovery that got Funk another chance.

He took advantage of it, too.

By the last week or so of August, he had made his way into another six games and sported a tidy 2.45 ERA.

Then, on August 23, Funk came on to relieve Mike Scott in the bottom of the eighth with the Astros trailing 3-1 at Busch Stadium and hoping to mount a rally when they batted in the top of the ninth.

Funk put an end to that nonsense.

After coaxing outs from the first two batters, the lefty coughed up a double, single, walk, single, and double before Cardinals starter Danny Cox grounded out to end the four-run onslaught.

That showing bloated Funk’s ERA to 6.48, and it stayed there … forever.

Jeff Calhoun took over as Houston’s primary lefty reliever, and Funk headed back to the farm.

He spent 1987 split between Triple-A and Double-A, and did the same in 1988 before walking away from the game.

Of course, those 1986 Astros went on to win their division before bowing out of the National League Championship Series in six games to the New York Mets in the meantime.

The next year, most of Houston’s contributors from that title-run team would be commemorated on Major League Baseball cards.

Not Tom Funk, though.

But while he was at Tucson, the reliever did find his way into the monster 1987 ProCards minor league issue, checking in at #2134 …

It was sort of a funny picture, showing the hurler with a bat in his hands. And Funk himself seemed to be hamming it up a bit, maybe a nod to the cross-functional nature of the card.

Or, maybe, a quick audition for another shot at the bigs — after all, what player wouldn’t try something new to get a call to The Show?

Alas, that second call never came, and neither did a major-set baseball card, but Tom Funk had his month in the Astrodome sun … and might have had more if Andy Van Slyke would have just gone quietly into the St. Louis night instead of igniting a rally.

Those 1986 Astros were a fun team to watch, and third baseman Denny Walling was one of the unsung heroes. Every once in awhile, a piece of Walling history comes up for sale:

That’s a game-used Walling jersey from that summer of 1986. 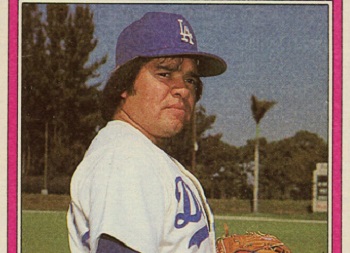 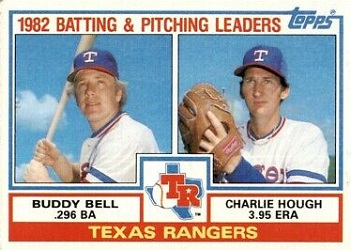 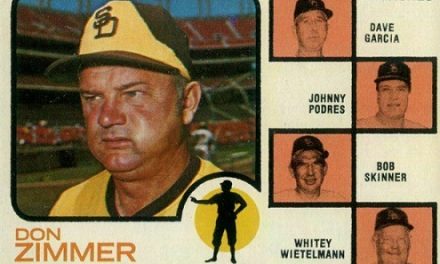