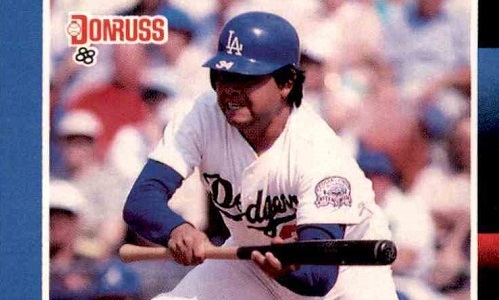 (This is the 23rd in our series of posts about the best baseball cards from the 1980s. Check out the rest of those posts here.)

The 1988 Donruss baseball cards set is pretty much a mess, and it’s one of the biggest disappointments of the hobby’s boom decade.

After several years of innovations and trying to improve their cards, Donruss slid back to their 1981 roots in the span of one off-season.

For 1988 that meant thin cardstock, iffy photography and photo coloring, splotchy techno borders that miss the mark, and even Diamond Kings that suffered from half a decade of watering down. Ivan Calderon, Kal Daniels, Billy Hatcher, Shane Rawley, and Scott Fletcher were fine players, but it’s hard to justify their DK status beyond the fact Donruss didn’t like to repeat picks from the same team year over year.

And don’t try to lay my aversion to this set at the feet of the couple cases of bubble rack packs I bought in the early 1990s on the cheap and their even further subsequent drop in value. Or the reality that I still have some of these taking up room at the back of a closet. 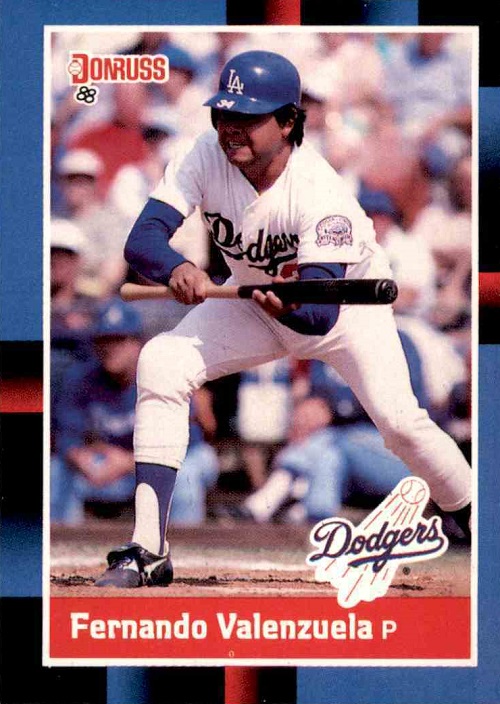 Because these cards are pretty bad.

Now, there were a couple of sorta iconic cards among the dreck, the cards that tended to get used in advertisements when 1988 Donruss was still new.

One was Mark Grace, a Rated Rookie at #40, who most of us thought would be a pretty good hitter for the Chicago Cubs. Turns out the crowed was right in this case.

Even more iconic was the Gregg Jefferies rookie card at #657. Everyone knew Jefferies was going to be not just a good hitter for the New York Mets, but a true superstar. Probably a Hall of Famer.

We don’t look quite so smart on that one, though Jefferies did craft a fine 14-year Major League career.

Other solid rookie cards have emerged from 1988 Donruss over the years, including Roberto Alomar, Tom Glavine, Sam Horn(!), Jose Mesa, and Al Leiter, but none of them are awesome.

So, for me, 1988 Donruss mostly amounts to a pile of blue mush with red, black, and white accents. When it comes to picking the best card from the set, then, I’ll just grab a photo I like of a player I love and call it a day.

With that windy background, the best baseball card from the 1988 Donruss set is … 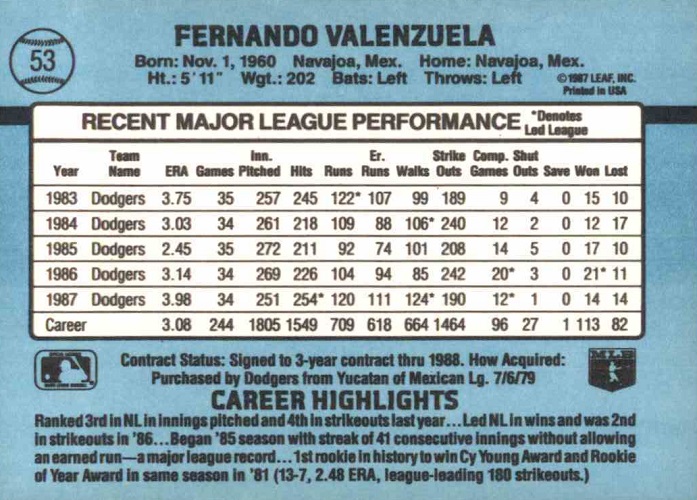 By the time this card came out, Fernando had been in the league like, forever, but he was still just 26 years old as pictured. Freaking amazing.

More importantly, this card is not your typical Fernando fare.

On most of his other cards, El Toro is dealing from the mound. In a goodly portion of them, he’s looking to the sky during his legendary windup. That’s all good stuff, but we’d seen it countless times before by 1988.

Instead, Donruss gives us Fernando bunting in his Los Angeles Dodgers home white uniform during game action. And, even though this is a departure from most shots of Valenzuela, it displays two aspects of Fernando’s game we’d come to expect: concentration and determination.

He was going to hit that damn ball or lose a couple hunks of skin trying!

No, this isn’t a perfect baseball card — it’s 1988 Donruss, remember — but it’s an awesome shot of Fernando Valenzuela, and his Dodger blue actually looks good with the Donruss borders.

Considering that Valenzuela laid down eight sacrifice bunts in 1987 and 93 over his 17-year career, isn’t it fitting that he’d sacrifice his one appearance on this list for the 1988 Donruss set?

(This is the 23rd in our series of posts about the best baseball cards from the 1980s. Check out the rest of those posts here.) 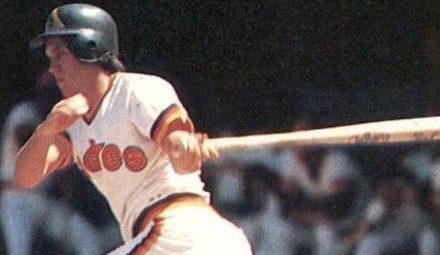 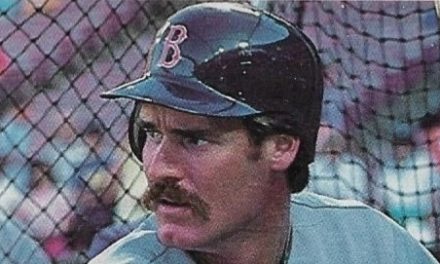