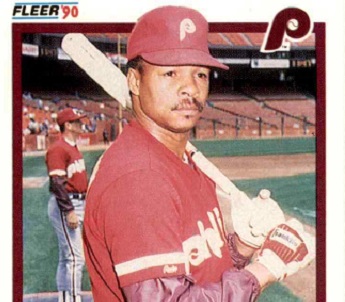 You could make a strong case that Dwayne Murphy was the face of the 1980s Oakland A’s.

Between the exciting Billy Ball years of the early 1980s and the birth of the Bash Brothers later in the decade, the mid-80s Oakland A’s did their best to keep the Coliseum warm for the next big thing.

But, after sinking to 68-94 in 1982, the A’s parted ways with manager Billy Martin, and what little limelight had been focused on the Bay began to fade.

Why, if it hadn’t been for Rickey Henderson and his all-around hot-dogging (and excellence), casual fans may have forgotten all about the team in Oakland.

Rickey Out, Kong In

And then, in December 1984, Rickey was gone, too, traded to the New York Yankees.

That hurt all the more since the A’s had already traded away their main power source, too, sending Tony Armas (and others) to the Boston Red Sox in exchange for 1981 batting champ Carney Lansford (and others) after the 1982 season.

Now, that power outage was ameliorated to a large degree by bringing in Dave Kingman as a free agent industrial fan before the 1984 season, but Kong was a mercenary … a big name signed to help bring fans to the stadium.

Nothing wrong with that, and Kingman delivered in classic Three True Outcomes fashion — 100 home runs, 139 walks, and 359 strikeouts in three seasons (if only he’d have mastered that second true outcome!).

But all through the changes, the ups and downs, the hot shots and busts, the one generation and the next, there were a couple of guys Oakland fans could count on, no matter what.

One was right fielder Mike Davis, who held down the right field spot mostly full time from 1983 through 1987, but who had been with the big league A’s (at least part time) since 1980.

Davis was sort of a more complete version of Kingman, with more speed and a higher batting average, but less power (a career high of 24 dingers in 1985).

And then there was Dwayne Murphy, maybe the most underrated centerfielder of his generation, and definitely the most underappreciated D. Murphy the game has ever seen.

The same year that Dale Murphy broke out with an MVP season to lead the Atlanta Braves to a division title (1982, that is), Dwayne Murphy was also putting together one of his finest all-around seasons … though with less stellar team results (the aforementioned Billy Martin swan song).

Dwayne also got little credit or attention for his performance, aside from maybe a little sneering thanks to his .238 batting average.’

Not that anyone outside the Bay Area noticed, thanks to Henderson’s record-breaking 130 stolen bases.

The ‘Center’ of (no) Attention

That summer, Murphy also won his third straight Gold Glove for his work in centerfield, and he would add three more through 1985, a streak that also featured a career-high 33 home runs in 1984.

In 1986, though, with a strong crop of young players coming on and with the A’s continuing to struggle — and with Murphy himself ending April with just one home run and a .247 batting average — the 31-year-old saw his playing time slip.

By the end of the season, Oakland had gone through two managers before settling in with Tony La Russa, and Murphy had made just 98 appearances (with only 93 starts).

In 1987, though Murphy started more games in center (79) than any of his teammates, his playing time was going in the wrong direction, and it started to seem unlikely he’d reclaim a full-time starting gig with so many youngsters around him.

It wasn’t a huge surprise, then, that the A’s let him walk in free agency that fall.

A bit more surprising was that Murphy sat on the shelf all the way through the next spring, finally landing with the Detroit Tigers in June of 1988.

Murphy started 40 games, mostly in center, for a second-place Detroit team that lost the AL East by one game to the Boston Red Sox. His four homers and 19 RBI, along with a .250 batting average, weren’t overwhelming but added up to an above-average 109 OPS+.

It looked Murphy might have found a new home in his mid-30s, but the Tigers cut him right at the end of Spring Training in 1989.

He wasn’t on the shelf long this time, as the Philadelphia Phillies came calling with a new contract offer within a week.

Murphy signed on the dotted line and spent all season with a struggling, rebuilding Phils team that finished 67-95 and in last place in the old NL East.

For his part, Murphy batted .218 with nine homers and 27 RBI, which didn’t look too great at the time. From a Sabermetrics standpoint, though, his 29 walks boosted his OBP to .341 and resulted in a strong 119 OPS+, along with 0.3 WAR amassed in 185 plate appearances.

That sort of performance might get Murphy some love these days, not to mention more playing time and likely another go at the big leagues the following season.

But this was 1989, and his sinking batting average and stagnant playing time spelled diamond doom — the Phillies released Murphy in November, and he found no MLB takers for his services.

He did, however, find a new home with Japan’s Yakult Swallows, and he ended his professional playing career in 1990 by hitting .229 with five dingers and 21 RBI for the Japan Central League club.

Meanwhile, Back in the States

That same summer, while his former A’s teammates were basking in the afterglow of their victory over the San Francisco Giants in the 1989 World Series, Murphy was mostly a forgotten man in MLB.

But not everyone had forgotten, and because of that, collectors couldn’t, either.

There on card #569 in the 1990 Fleer set, stands Dwayne Murphy, outfielder for the Philadelphia Phillies, bat in hand, prompting your next question.

And the back of the card gives you the emphatic answer …

For the better part of a decade, Dwayne Murphy was the most consistent, unsung Oakland A’s superstar in all the land.

And, if he couldn’t finish up his career in Oakland, maybe it’s fitting he ended up where the A’s started out.

Sometimes, the most interesting collectibles draw together multiple names who might seem like obvious partners. Take this bat on eBay, for example:

That’s a cracked Murphy model, autographed by Murray himself … and George Karl, who coached the cross-bay Golden State Warriors from 1986 through 1988. 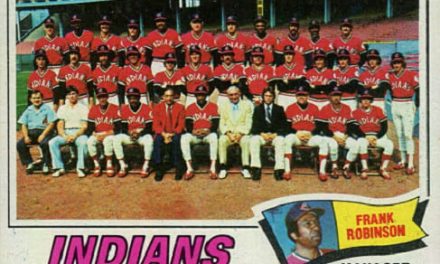 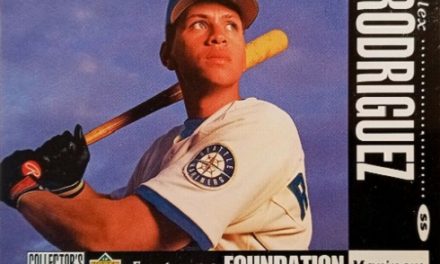