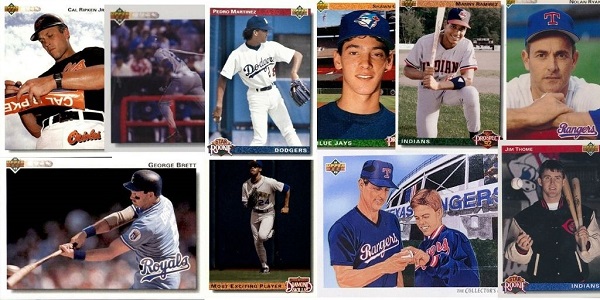 By the time 1992 Upper Deck baseball card first saw the light of day, collectors pretty much knew what to expect from the company that changed the industry.

The 1992 set pretty much lived up to that billing, though with just a bit more color to its base design than in the first three years of its run.

And, while these cards were pretty much as overproduced as the rest of the issues of the era, there’s still plenty to love after all these years.

Here, then are the ten most popular 1992 Upper Deck baseball cards, as ranked by the total number of each submitted for grading, according to the PSA Population Report.

Manny has fallen on hard times, reputation wise, in recent years, and you have to lay the blame for that at his own feet.

But the fact remains that he was one of the most exciting hitters of the last 30 years or so, and he was a key member of some great Indians and Red Sox teams.

Ramirez has always had a reputation for being a bit flaky — you know, “Manny being Manny,” and all that — but the numbers carried him to hobby stardom, and this fresh-faced rookie card is still a popular buy among collectors.

For a few years there in the late 1990s and early 2000s, Green looked like a legitimate Triple Crown threat, and his profile only grew once he left Toronto for the Hollywood lights of the Dodgers.

Unfortunately, Green’s decline phase was steep, and much of his lofty status on this list owes to early submissions that likely wouldn’t even happen today.

Still, the man was a superstar, and this rookie card will always have a fanbase.

When this card was issued, young Pedro still had a lot of work to do to live up to the legacy of his older brother, Ramon Martinez, Dodgers ace.

Suffice it to say, after a Hall of Fame career that included some legendary years with the Boston Red Sox, Pedro has bragging rights at family gatherings these days.

Any Martinez card is a winner, and that goes double for a clean, snazzy looking RC like this one.

So there was this scene in Major League where Tom Berenger …

So there was this scene in Bull Durham where Kevin Costner …

So there was this card in 1992 Upper Deck that featured a young slugger named Jim Thome, who would go on to hit more than 600 home runs in the Major Leagues.

Yeah, that’s it. And this Thome rookie card has been popular in the hobby for three decades and counting.

This is not a rookie card, but it doesn’t really matter when it comes to Ken Griffey, Jr.

So, yeah, any Junior card is going to be popular, and this early-career Griffey is pretty interesting, to boot — horizontal layout, triple exposure, home run swing (don’t you think?).

Ryan was in the midst of his late-career renaissance when this card was issued, a renaissance spurred on by all sorts of records and milestones more so than any kind of comeback.

Because, truly, The Ryan Express rolled through MLB for 27 years with hardly any slowdown at all until he finally pulled into the station in 1993.

This card features a pensive Ryan perhaps trying to decide when he’s going to throw his next no-hitter.

If anyone was more popular in the hobby than Nolan Ryan as 1992 dawned, it just may have been Cal Ripken, Jr.

The Iron Man had silenced critics who said he should sit for awhile, take a load off, by putting up a monster career year in 1991 to win his second American League MVP award.

That cleared the way for a smooth run-in to his assault on Lou Gehrig‘s consecutive games played record, which Cal would topple in 1995 to help baseball heal from that ugly players strike that canceled the 1994 World Series.

Yep, Cal always has been and always will be a wax pack god, and this card is no exception (even though it came from a foil pack).

Ho hum … another Griffey card, another slot on our “most popular” list. This pasteboard is more conventional than the magic-motion-like entry above, but it does tout Junior as the “Most Exciting Player.”

Hard to argue with that assessment, even if the photo is a bit mundane.

Collectors will take any Griffey we can get our hands on, after all.

Perhaps trying to keep up with Score and their father-son laser-beam special from that gargantuan 1991 set of theirs, Upper Deck followed up here by treating collectors to a painted version of Nolan Ryan mentoring son Reese on the front of a checklist card.

Brett entered 1992 within shouting distance of the mark that seemed his destiny almost from the moment he first stepped on the diamond for the Kansas City Royals in 1973 — 3000 career hits.

He made it to that hallowed mark late in the season, then played one more summer before hanging up his spikes.

This Upper Deck card, showing Brett doing what he did best, was right there with collectors all through his historic campaign, and it’s an image that grips us still, even after all these years. 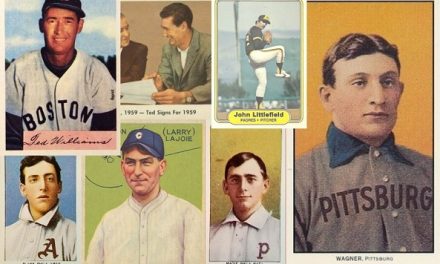 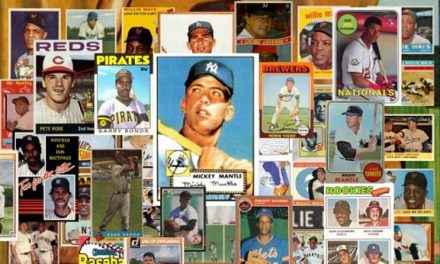 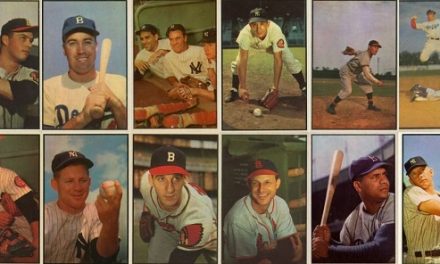 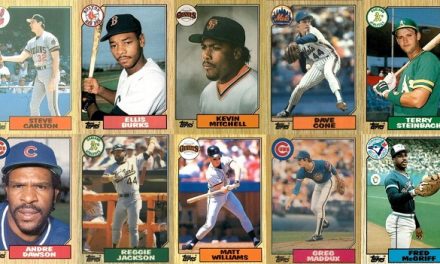