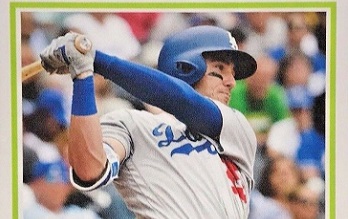 On September 19, 2017, Kansas City Royals icon Alex Gordon connected for a home run off reliever Ryan Tepera in the eighth inning of a 5-2 K.C. loss to the Toronto Blue Jays.

It was the eighth of nine longballs Gordon would hit that summer, but it carried a *bit* more significance in the grand scheme of things.

To wit, that Gordon blast was the 5694th hit in Major League Baseball that year, setting a new record for most total homers in a season. The previous mark of 5693 had stood since 2000.

To commemorate the event, Topps fired up their Throwback Thursday machine and unleased this nod to their 1978 set AND the record by featuring … uh … Cody Bellinger.

And the card back detailed the record.

Now, you might have noticed that the text doesn’t mention Bellinger, other than in that line there near the top.

And it doesn’t mention Gordon, either.

Well, Topps Throwback Thursday is a weekly print-on-demand card offering that (in 2017, at least) featured six- or eight-card “sets” around a theme each week.

None of those were Alex Gordon, but all of them were definitely big-time sluggers who had contributed to the big record.

Just like a certain straw-that-stirred-the-drink had done 40 years before:

Topps was doing what only Topps can do (and soon, what only Fanatics will be able to do) — draw on the endless and unmatched hobby legacy they have built over the last 70 years.

Any Topps card that gains a modicum of hobby legend becomes an instant candidate for future copycatting, and this 1978 Topps Reggie Jackson beauty certainly qualifies.

After all, who doesn’t marvel — still — at Reggie’s three homers in three swings during the 1977 World Series?

And what collector’s heart doesn’t pitter-patter a bit faster with the mere glimpse of that iconic Record Breaker card?

Still, even after all these years.

So, no surprise that the old gum company would dust off the design when baseball’s bashers took center stage in 2017 (though that record would fall again — hard — in 2019).

And no surprise that Bellinger would feature prominently — he landed on five Throwback Thursday cards that summer on his way to 39 home runs and the National League Rookie of the Year Award.

But what of Alex Gordon?

Well, Gordo’s fans and collectors can at least take solace in the fact that his cards, too, have benefitted from the long and storied Topps legacy. Among the magical possibilities, 2012 Topps Archives gives us the chance to imagine Gordon as a member of the 1980 American League champions:

So, even though that Bellinger Record Breaker might be misleading, at least it’s yet another chance to dig into hobby history — and baseball history — a bit to see what tidbits we can uncover.

That’s worth the price of a smidge of confusion in my book. 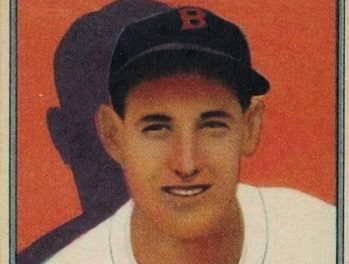 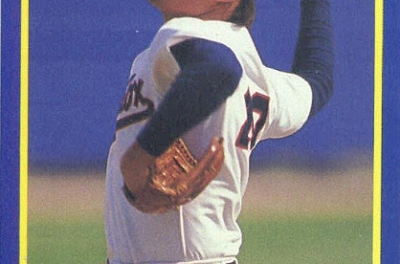 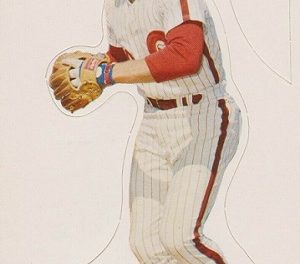 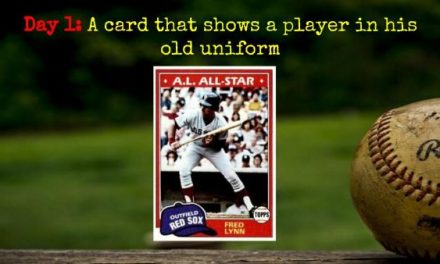