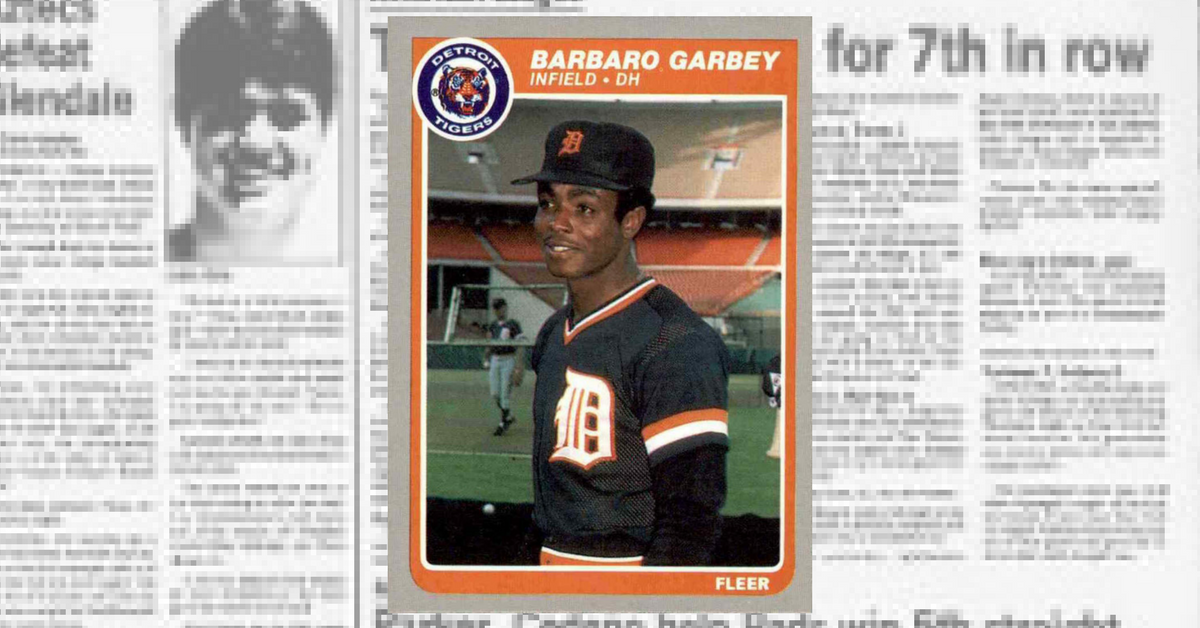 Every new baseball season brings with it a host of surprising hot starts and breakout performances by obscure players.

In the spring of 1984, no team was hotter than the Detroit Tigers and no player was more on fire or more obscure than their young first baseman, Barbaro Garbey. 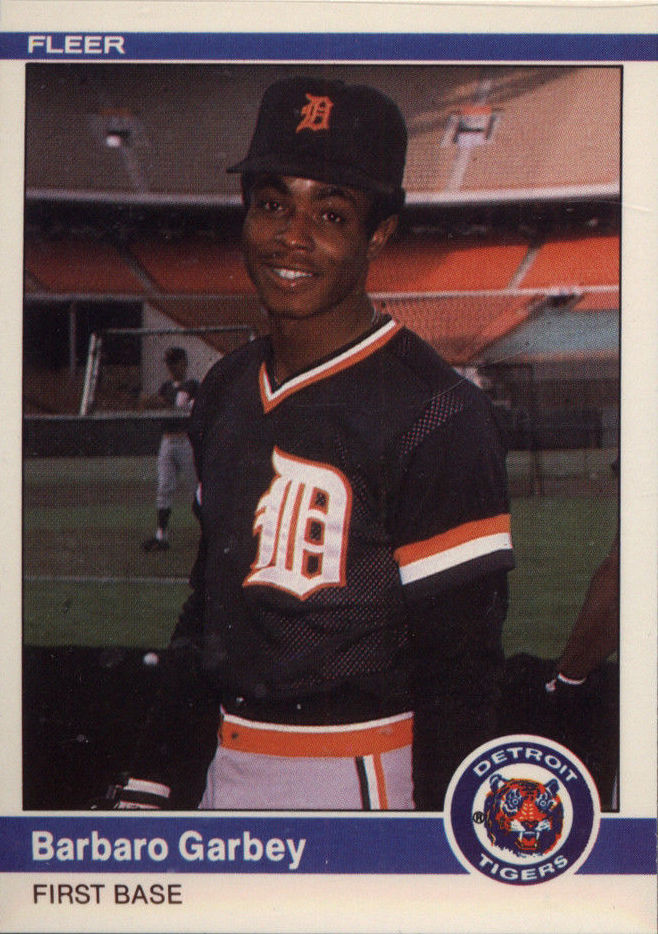 By that point in my baseball life, I had a pretty good feel for the Major League game.

I had spent the summer of 1983 devouring every bit of baseball information and ever baseball card I could lay my chubby little hands on.

I adopted the Cincinnati Reds as my team.

I even lived and died with the “Wheeze Kids” Philadelphia Phillies that October as they tried to bring another World Series title to their rabid fans. The image of Cal Ripken stabbing the air to nab Garry Maddox‘s line drive to end Game 5 and the Series is forever singed into my memory.

With another winter spent studying my baseball card backs under my belt, I eagerly awaited the dawn of the 1984 season.

And I figured I knew a few things about what would happen in that Olympic year, too. For instance:

The Reds would be much better with Dave Parker in right field and Gary Redus in left, ready to build on a solid rookie season.

Mike Schmidt would wrest the National League MVP award from Dale Murphy and reclaim his place as the game’s greatest player.

The Los Angeles Dodgers, Philadelphia Phillies, Chicago White Sox, and Baltimore Orioles would all be back in the playoffs, barring an act of God.

So, when the Tigers ran off to 9-0 start and then stretched that to a record-breaking 35-5, I was surprised. By that point, the O’s had already fallen 13.5 games off the pace and sat five games back of the Toronto Blue Jays in the old American League East. 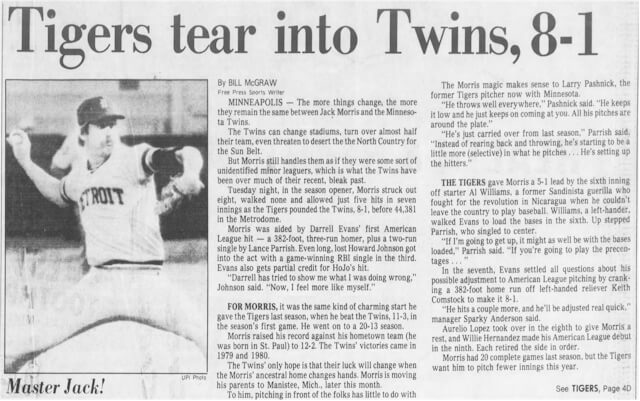 The White Sox were in third place in the AL West, and the Phillies were in second in the NL East behind, unbelievably, the Chicago Cubs. Only the Dodgers were holding serve, one game up on the San Diego Padres in the NL West.

These standings looked pretty funky to my still inexperienced eyes, like someone had superimposed the results for a different sport on the MLB listings.

It was almost breathtaking, made all the more so by the infrequency of available updates.

Keeping up with the twists and turns of the season-long baseball soap opera was no mean feat back in those days. There would be a few box scores in our local daily paper, and sometimes partial standings, but it was hit or miss. And school was still in session when the Tigers tore off their streak, so staying up for the 11:20 sports report was a no-go.

But I could always count on the Sunday paper.

No matter what else was happening or where life had taken us during the week, my family always gathered in our living room to read the newspaper on Sunday mornings.

I got the funnies, mom got Parade, and Dad got everything else. We all ate a donut (or three or four) while we read.

By the time the Washington Redskins won Super Bowl XVIII and the Tigers were ready to start their run, though, comics had taken a backseat for me. My first grab every Sunday morning was not for Peanuts or Blondie, or yeast- or jelly-filled decadence — it was for the sports section.

There, in tiny print after all the headline stories and athlete profiles and grainy black and white player photos, were the numbers that tugged at my baseball fan’s soul and captured my imagination.

There were box scores from the late Friday games and the early Saturday game, and I devoured them with all due fervor. 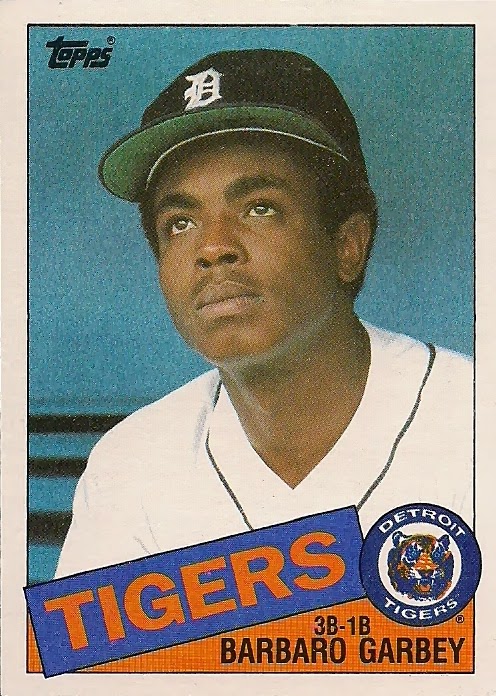 And there was so much more …

Like the complete standings for both Major Leagues, and even for the American Association, where the hometown Indianapolis Indians played. The Sunday paper was the only time I was guaranteed to find all the standings in one place throughout the week.

But the real humdinger was the breakdown of individual statistical leaders in both leagues. While the daily papers would sometimes show the top three batting leaders or saves leaders during the week, you could never count on it being there, and it was never comprehensive in any sense.

Hundreds of lines of batting averages, home run and RBI totals, steals, wins, ERAs, saves, and a handful of other stats bombarded my sleep-stung senses and whipped me into an instant diamond froth.

Of course, in April of 1984, the entire baseball world was roaring about the Tigers.

Were they for real?

Could they break the record for most wins to start a season?

Would they ever lose a game?

Could they be the greatest team ever?

No one knew the answers, of course, but Sparky Anderson‘s team featured a core of some of the best young players in the game, guys like Lou Whitaker, Alan Trammell, Lance Parrish, Jack Morris, Dan Petry, Kirk Gibson, and Chet Lemon.

But when I scanned my eye down the sugar-smudged leaders board on Sunday mornings that April, it was another young Tiger who stopped me cold:

This unknown was right there at the top of the list of best American League batters, and he was doing it for the streaking Detroit Tigers … yet I’d never heard of him!

Heck, I didn’t even know his first name! 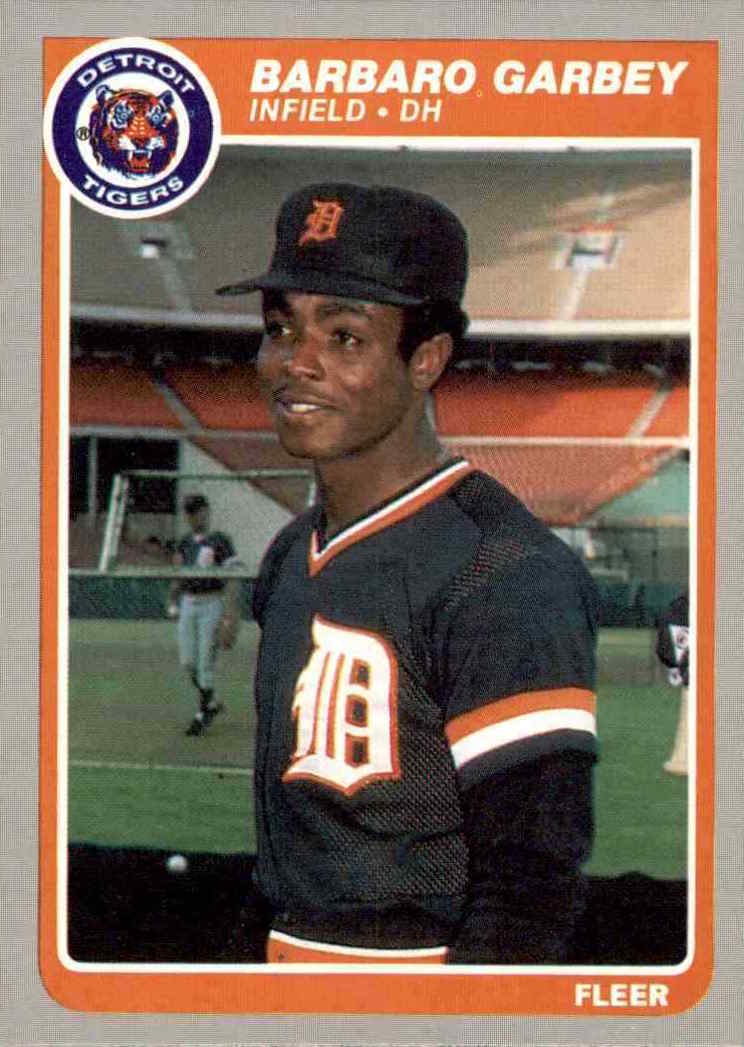 Was this some sort of typo the paper was committing week after week? Was the name really “Garvey,” as in “Steve”? Him, I knew.

But even if that were the case, why the first initial of “B.”? And Steve Garvey was easy to find in the list of National League batters, helping the Padres to their own solid start.

It was a mystery.

Each week, I poured through my baseball cards trying to find some mention of this mystery man with the magic bat, but to no avail. I checked the box scores, too, when I could find them. Finally, sometime toward the end of the month, I found a mention in a game recap or story about the Tigers — I don’t remember the source or even which game.

That elusive first name was exotic and almost fantastical, like none I had ever heard before: Barbaro.

And suddenly, Barbaro Garbey was my favorite Detroit Tiger and one of my favorite players period, even though I had yet to lay eyes on him.

The guy was hitting over .400 as May dawned, for gosh sakes! How could fans and reporters not be falling all over him?

I didn’t know, but I did know that I’d be following his journey.

So every Sunday morning, I’d settle in with my donuts and sports section to track Barbaro Garbey through his rookie season.

By mid-summer, the Tigers had all but sewn up the AL East title, and bigger stories emerged …

The Cubs-Mets battle in the NL East.

I kept watch on Garbey and was disappointed to see his average slide to .281 at the end of July, but he kicked it up for the Tigers’ non-existent pennant “race” and finished the year at .287. 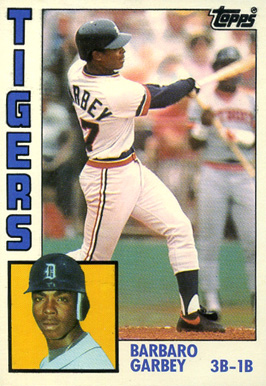 Solid, but not great, and nobody ever mentioned him in conversations about the big stories of the year.

Later, I realized why.

Even back then, before we had advanced statistics and the notion of market inefficiencies had yet to invade baseball, no one was really impressed with a 27-year-old rookie (part-time) first baseman with no power. Even if he could hit for decent average.

For me, though, Garbey was the story of 1984. He was the first individual player to pull me into the daily and weekly drama of a long baseball season.

He cemented my love for statistics and the jaw-dropping surprises that the game can deliver at any moment.

And that fall, when the 1984 Topps Traded and 1984 Fleer Update sets hit dealer shelves, when everyone else shuffled straight through to the Gooden card — I was more than happy to stop at Barbaro Garbey for my first real look at the man who set the early season on fire.

Even to this day, on the rare occasions when I get hold of a physical newspaper, I always expect to see Garbey’s name among the batting leaders. 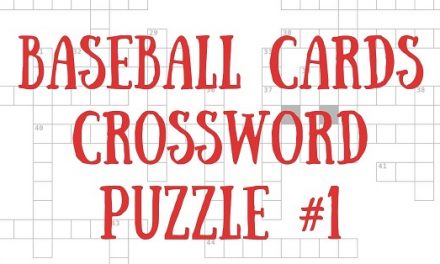 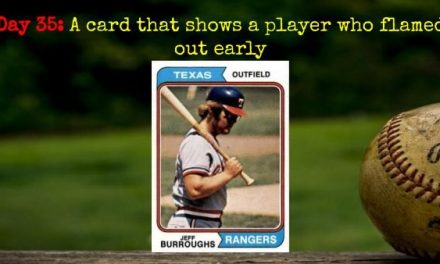