This Bobby Murcer Card Washed Away the Years 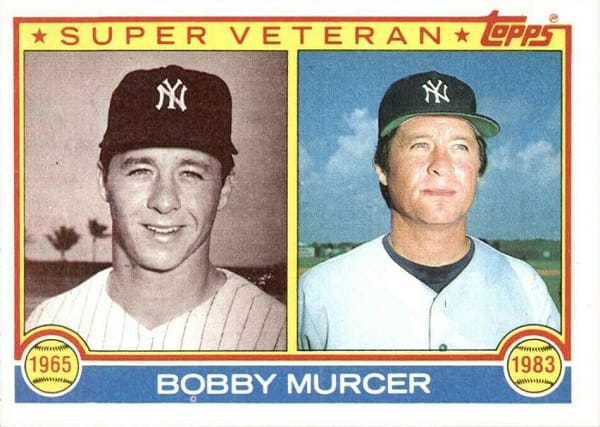 Quick … who replaced Mickey Mantle in center field for the New York Yankees?

OK, technically, that would have been Tom Tresh, who took up the CF post when Mantle slid over to left in 1965.

Or … Joe Pepitone, when Mantle move in from the outfield to first base in 1967.

Or perhaps Ron Wood, who played more games in center than any other Yankee in 1969, the year The Mick retired.

But if the question is, “Who succeeded Mickey Mantle in center field for the Yankees?”, there can be only one answer — Bobby Murcer.

The Yanks signed Murcer as an amateur free agent back in 1964, and the 18-year-old started flashing his baseball talent right away — a year-plus of power, speed, high batting average, and graceful fielding had him rocketing toward the Bronx.

It also had him drawing raves and whispers about being the “next Mickey Mantle.”

Tough expectations to live up to, especially when Mantle himself is blocking your path to the Major Leagues, but Murcer crashed The Show in 1965, anyway. A September call-up had him poised to push for a full-on roster spot in 1966, and he likely would have made good on that promise had the military not come calling.

After two seasons away from the games (save for a bit of Florida Instructional League seasoning in 1968), Murcer was in New York to stay by 1969. That rookie season, he played mostly in right field before taking over center for good in 1970.

For five seasons, as the Yankees struggled to adjust to life as just another team, Murcer salved the wounds of losing a legend by developing into a lock All-Star selection, a legitimate MVP candidate, and a Gold Glover.

Was he Mickey Mantle? No … but then, who was?

All of Murcer’s accomplishments on the field got him traded to the San Francisco Giants in October of 1974, in exchange for Bobby Bonds — a move that was high praise in its own right, considering Bonds’ considerable talents.

Murcer turned in a couple of fine seasons by the Bay before the Giants traded him to the Chicago Cubs as part of the deal that brought Bill Madlock to San Fran.

After one solid season in the Windy City, Murcer’s power started to slide at age 33, and they dealt him — to the Yankees! — at mid-season in 1979, in exchange for minor leaguer Paul Semall.

And so, in the 1980 Topps set, Murcer was right back where he started — with the New York Yankees.

For kids who came to the game and the hobby in the early 1980s, Murcer was a Yankee, and pretty much always had been, modulo a few stat lines on the back of his baseball cards that said otherwise.

As if to drive home that point, Topps dedicated their last regular issue Murcer card to showing him with the Bombers, then and now. I vividly remember pulling those Super Veteran cards from packs that summer, and they were magical.

At eleven, you don’t really understand the forces of life that can flatten a young man’s smile and weight the corners of his eyes with the strain and sadness of passing years, or the uncertainty that clouds them when he gazes on tomorrow’s horizon. 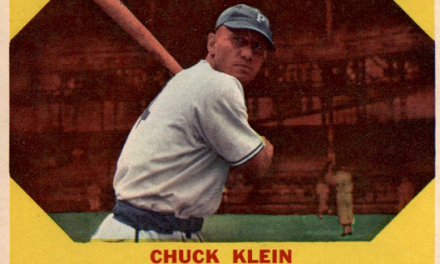 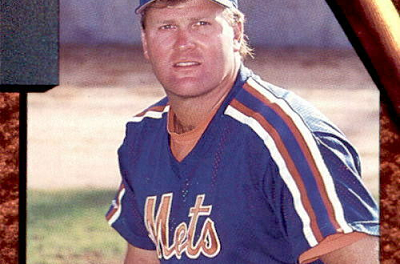 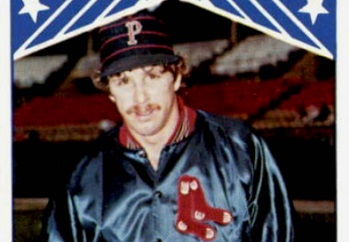 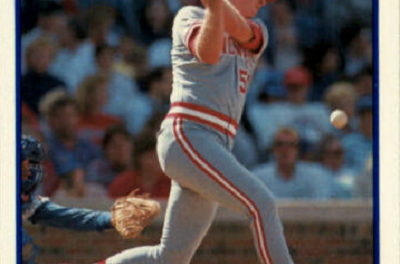