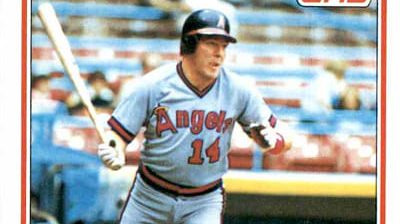 When you’re new to anything, it’s easy to make assumptions.

Like when I picked up baseball fandom and baseball cards as a hobby waaayyyyy back in 1983, for example.

Like most new fans, I soaked up all the information I could get, and back in those pre-internet days, that mostly meant the Sunday newspaper, a Baseball Digest here and there … and baseball cards!

One of the sets I happened onto early on was the 1983 Donruss Hall of Fame Heroes that you could find in wax packs in at least a few places. I was lucky enough to stumble on a few of those in a dusty old general store in a tiny town in rural Indiana.

From one of those packs, I pulled an ancient-looking (to me) card of a powerful-looking left-handed hitter named Mel Ott.

And, since I knew about 50-100 people in real life by that point, and since I did read papers on occasion, I figured I had a good handle on how last names worked.

In the context of Mel Ott, I’d never heard of anyone named “Ott” before.

And, so, when I opened a pack of 1983 Topps cards and pulled an Ed Ott, well, I figured I had the card of another Hall of Famer in the making.

Same last name, after all, and it was a pretty sweet action card, to boot.

What I didn’t know, and maybe no one else did, either, was that Ott didn’t play in the Major Leagues in 1982 thanks to a torn rotator cuff (though Topps did tell us Ott was “ON DISABLED LIST” in ’82).

Or that he would never play in the Majors again.

After just 16 more games in the Angels minor league system in 1983 and 1984, Ott retired, which means his 1983 Topps card not only showed him in action in 1981 — two full years beforehand — but that it was also a career-capper.

That’s an honor that even luminaries like Mickey Mantle, Willie Mays, and Hank Aaron can’t claim.

I’d learn in subsequent years that (Ed) Ott had some pretty sweet cardboard with his previous team, the Pittsburgh Pirates, and that he was even the number-one catcher for that “We Are Family” Bucs squad that won the 1979 World Series.

So that fun 1983 Topps card of his and that also fun 1983 Fleer card of his are sort of red herrings — Ott was long gone and wouldn’t be back.

And, as cool as his career was, he wouldn’t be heading to Cooperstown.

In case you’re looking for a more high-end collectible from the Hall of Fame version of Ott (Mel), you couldn’t do a lot better than the this single-signed Mel Ott ball (affiliate link) that is available on eBay as of this writing. It’s dated and personalized, and at least nominally celebrates Ott’s 500th home runs. It’s an amazing piece that’s at least fun to drool over, even if you don’t plan on dropping five figures on a hunk of horsehide any time soon. Check it out here (affiliate link). 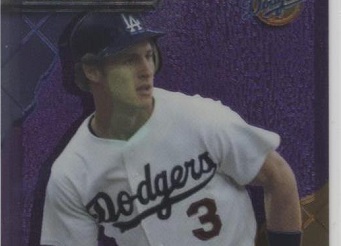 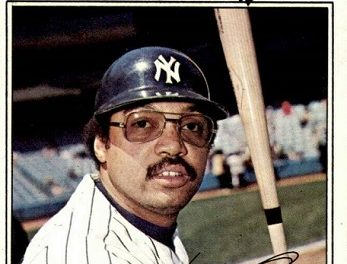