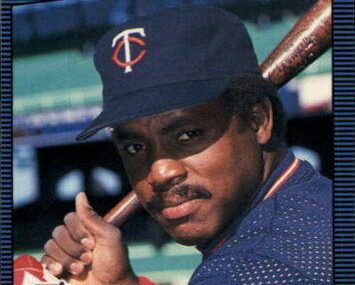 After a contentious spring, negotiations between Major League Baseball players and team owners broke down completely in late May of 1981.

The players voted to go on strike and, after a few more legal maneuvers by both sides, the union shut it all down on June 12. Suddenly, a season as promising as any other just … stopped.

Among all the casualties of that dark work stoppage, a group often overlooked are the minor leaguers who were clawing their way toward the Majors.

The Minnesota Twins had selected Funderburk in the 16th round of the 1976 draft, and he spent five long years cranking his way through their farm system. In 1980, for example, he smacked 26 home runs for the Double-A Orlando Twins after connecting on 31 bombs for the Visalia Oaks in 1979.

Dude had all kinds of power and began 1981 with the Triple-A Toledo Mud Hens.

But then … The Strike.

Eventually, of course, baseball got its act together, and they salvaged the final two months of the season. They also decided on a funky scheme that split the season in two — before and after the strike — with the division winners from each half meeting for overall supremacy and the right to play in their respective League Championship Series.

So, all of a sudden, the first-half Twins and their awful 17-39 record were relevant again come August. If they could just win the second half, they’d be in the playoffs!

As it turned out, they didn’t win the second half, but they gave it a go, finishing 24-29, “just” six games behind the champion Royals.

But by trying, they kept some kids down on the farm longer than they might have, and that included Funderburk.

Truth be told, though, August wasn’t much better for the Twins than the first half had been, so they called up some “youngsters” as September dawned. One of those was Mark Funderburk, who found his way to the plate 18 times over eight games, slashing at a .200/.278/.267 clip.

It was an inauspicious debut that helped him land back on the farm — all the way back to Double-A! — in 1982 and kept him from making his baseball card debut.

Things got worse for Funderburk when the Twins released him after another powerful season in Orlando, but the Kansas City Royals picked him up in March 1983. After a rough start with the Triple-A Omaha Royals, though, K.C. let him go, too.

At 26, Funderburk was out of baseball … but not for long.

Funderburk caught on with the Mexico City Tigers for the rest of 1983, and then played in Italy in 1984. Back home in Florida early in 1985 when Orlando Twins GM Bobby Willis called him, Funderburk thought it about some carpentry work.

Instead, it was about lumber.

At 28, Funderburk was back in Double-A, and he made the most of it, launching 34 bombs and driving in 116 teammates.

Come September, Funderburk got his second call from the Twins, four years after the first and with so many twists and turns in between.

In 23 games, Funderburk hit .314 with two home runs and 13 RBI. It would be his last taste of the Majors, hardly surprising looking back now on all the young talent the Twins had on hand — talent who would help them win two World Series within the next six years.

In the spring of 1986, though, while the 29-year-old was back to stomping through the minors, collectors finally got our hands on some Mark Funderburk rookie cards.

Fleer even included him on one of those “Major League Prospect” cards, alongside Billy Joe Robidoux.

Donruss didn’t seem to harbor any delusions about Funderburk’s future, choosing to squirrel him away at #630, sans “Rated Rookie” or any other kind of cardboard accolades. You can see that offering up toward the top of this post.

But that Donruss RC does give us one striking visual reminder of a short Major League career, rended in two by the vagaries of baseball fortunes and held together by one man’s determination to make his dreams come true.

It’s a rookie card for the ages. 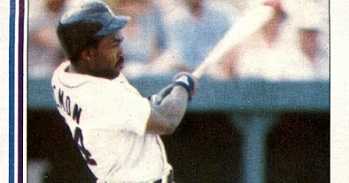 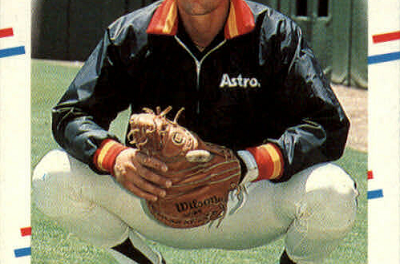 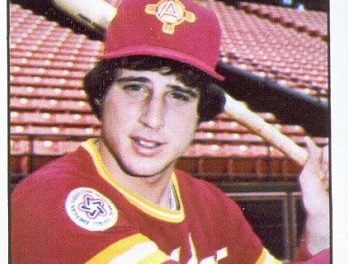 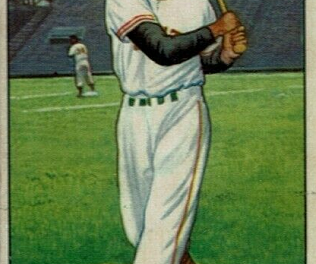