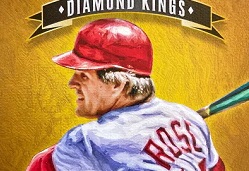 Since his exile from Major League Baseball began in 1989, all-time hits leader Pete Rose has been persona non grata not just within the game and at the Hall of Fame in Cooperstown, but in our little corner of the world, too.

No, not in the hobby at large, where plenty of collectors still love Charlie Hustle and his cards, even while others view him (and portray him) as nothing more than a villain.

After all, go to any card show, or visit any website where baseball cards are sold, and you’ll find Rose’s name and face still prominent among the cardboard legends.

But if you’re looking for Rose in your new packs?

Or, you at least have to be willing to make a compromise.

Because Rose can’t be involved with MLB, he can’t appear in or on products or ads depicting major league properties … like team logos.

For the past long while, Topps has been the only manufacturer to hold a MLB license (and the brand will retain that status now that Fantatics has acquired the cardboard giant).

So … no Topps cards featuring Pete Rose after 1989.

But, if you take a look at PSA’s “super” Rose checklist, you will find Pete cards spanning the last three decades … mostly from Donruss, Leaf, Panini, and the like.

“The like” in this case meaning those who could produce card of current players by virtue of a contract with the MLBPA, or of past players via individual contracts, but who couldn’t show MLB logos on their cards.

And, that situation gave us gems like the 2020 Panini All-Time Diamond Kings Pete Rose:

Looks pretty good, right? But a little examination shows that all traces of actual MLB properties have been washed clean — no Reds logo, and not even the word “Reds.”

Now, things like this are always gray and there will always be exceptions made when it benefits certain parties.

Rose was allowed to participate in the 1999 MLB All-Century Team celebration, for example, and his old cards have turned up in Topps’ buy-back programs over the years.

For the most part, though, it’s been a hard and fast separation of the man and his game.

As you can see, the card shows a smiling Steve Carlton, seeming about to join in celebration with #8 and #14 … who just so happens to be Phils first baseman Pete Rose.

And, on Carlton’s cap and #8’s cap and jersey, you can see the Phillies logo, not to mention that the banner at the bottom of the card shows PHILLIES with the registered trademark symbol.

So, did Topps just try (and succeed) to slip one by the goalie here?

Sure seems like it, though maybe they’d claim “incidental contact” or “no logo on Rose’s jersey” or some other such swag.

Or, maybe they’re counting on the Carlton-Rose liaison to create a diversion.

You see a small dude at the center of an infield celebration for the 1980s Phillies and your mind goes where … Manny Trillo? Larry Bowa? Jay Loviglio, maybe?

And that guy in the middle of Lefty and Hustle up there doesn’t look like either Boone or Morgan to me.

Maybe Trillo or Bowa wearing a different number for an exhibition, or in a pinch?

Or … maybe a fully CG’d concoction dropped in to divert our attention from the guy who’s not allowed to be there at all?

As Mark Fox Mulder would surely intone … the truth is out there. 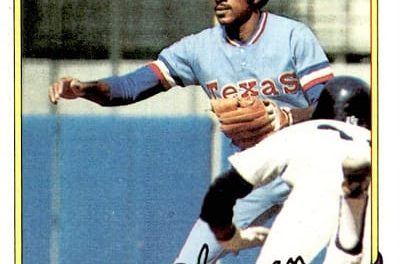 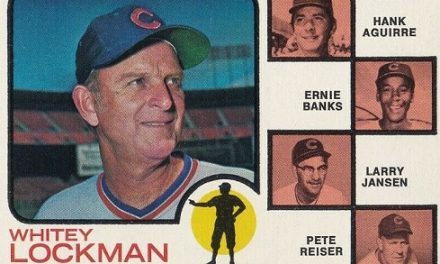 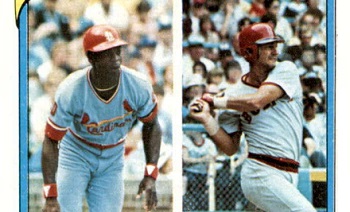 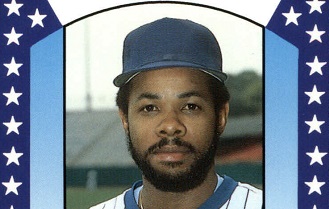