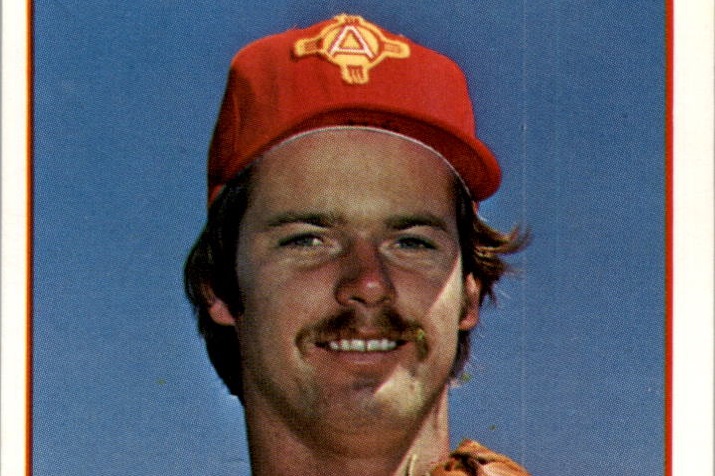 It might seem hard to believe now, but there once was a time when the intersection of baseball cards and young baseball careers was harder to find than the display case where the Milwaukee Brewers and San Diego Padres store all their World Series trophies.

Sutcliffe first came onto the national scene way back in 1974 when the Los Angeles Dodgers selected him in the first round (21st overall pick) of that year’s June draft.

At six-feet, seven-inches, he would be one of the tallest pitchers to ever take a Major League mound — assuming he made it that far — but didn’t have the overpowering stuff you might expect of such a giant of a man. Still, if a such a physical specimen made his way to the pro ranks through a first-round pick today, the spotlight would find him in a heartbeat.

And he would land on a baseball card before the pick was even out of the GM’s mouth. 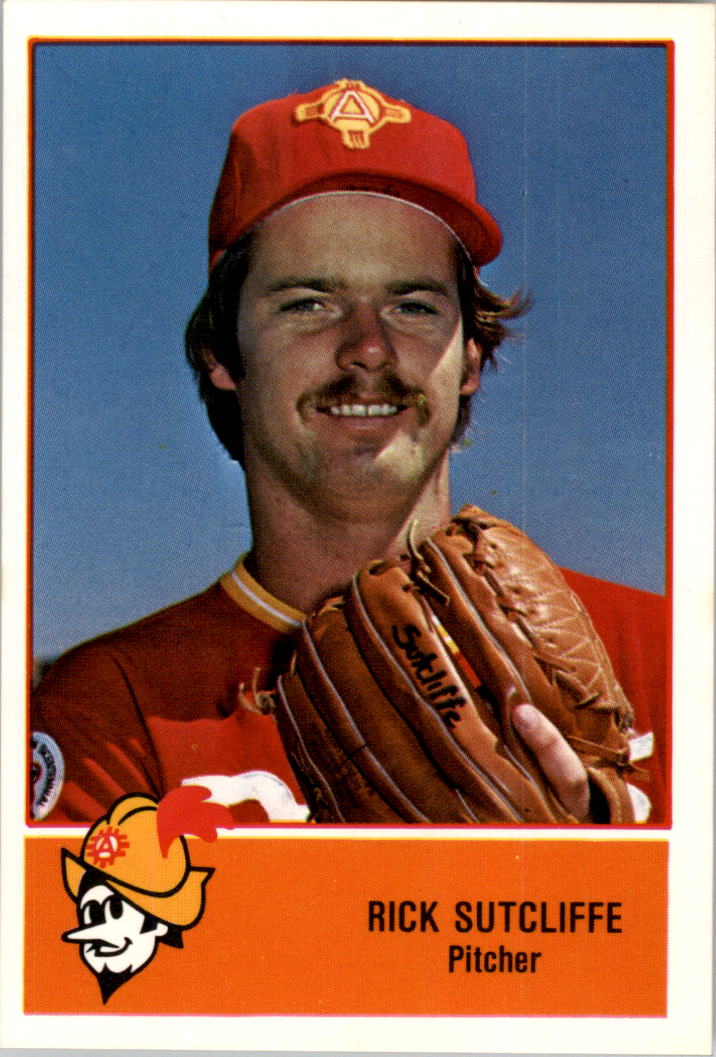 So the 18-year-old Sutcliffe slid into the Dodgers’ farm system and began plugging away.

By 1976, he had made his first appearance at Dodger Stadium. It was a gem of a relief stint against the Houston Astros on September 29, with Sutcliffe lasting five innings, striking out three batters, and allowing two hits but no runs.

To get there, he made a jump up from the Double-A Waterbury Dodgers, and a quick search of the minor league card rolls show no sets for that team that year. There had been none issued for Sutcliffe’s teams in Bellingham or Bakersfield the previous two years, either.

And that one Big League appearance wasn’t enough to net Sutcliffe a Topps card, or even an SSPC card, either.

So, in 1977, the Red Baron headed back to the minors for another couple seasons of, well, seasoning, before the Dodgers called up him up again at the very tail of the 1978Â season as they were preparing for another postseason run. He managed less than two innings of work over two appearances, but, as it turns out, he was done with the minor leagues.

Before Sutcliffe could escape the cozy confines of Triple-A, though, he and his young teammates with the Albuquerque Dukes caught the attention of the folks at Cramer, who produced a 10-card set of the 1978 club. The checklist for that baby looks like this:

[Check out current listings for these cards on  Amazon and on eBay (affiliate links).]

In addition to Sutcliffe, guys like Beckwith, Gulden, Guerrero, Landestoy, Washington, Welch, and others spent some quality time in the Majors.

Guerrero was an MVP candidate on multiple occasions, and both Sutcliffe and Welch won Cy Young awards.

Back in 1978, though, they were all just hoping to get a shot at the Majors, and the Cramer cards lent a legitimacy to their campaigns. 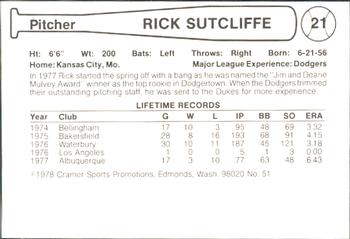 There was nothing artistic about the cards, to be sure, and they had plenty of problems. (How about misspelling your manager’s first name, for one?)

But they were actual cardboard of an actual professional baseball team of guys would soon be actual Major Leaguers. And they were kind of orange and sunny.

Is it any wonder that Sutcliffe is smiling? 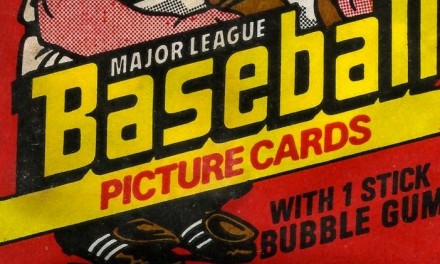 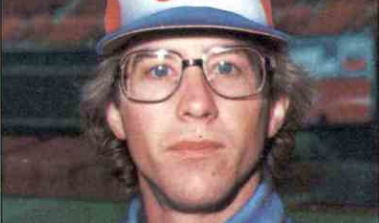 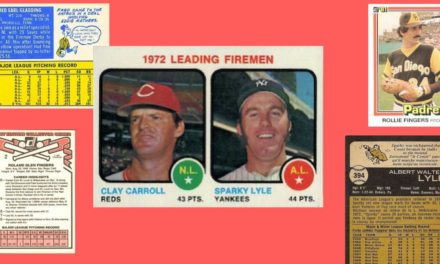