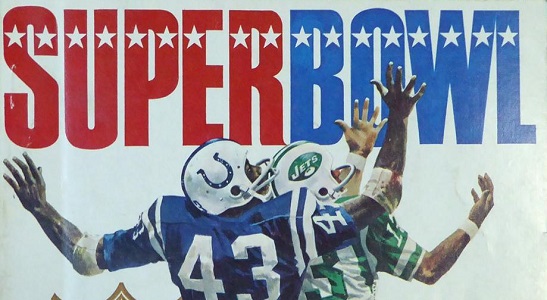 What’s the most mouth-watering piece of Super Bowl memorabilia you’ve ever seen for sale?

Hmmm … well, in-person candidates might be tough to come by.

One of the great things about collecting in the internet age is that we have instant access to all sorts of artifacts we could have never even dreamed existed 30 years ago.

I mean, who wouldn’t want a hunk of Ty Cobb’s choppers?

Well … OK, maybe that’s over the top for some of us.

But the fact remains, there is some amazing stuff out there for sale at any given moment, and some of it is crazy, crazy expensive.

That’s not so motivating if you actually want to own, say, Vince Lombardi’s house, but it’s pretty great for daydreaming and building out your “someday” list.

And, while the Lombardi home might be a bit out of reach when it comes to Big Game swag, there is plenty of more manageable fare that’s still mind-blowing.

In that spirit, here are ten outrageously expensive Super Bowl collectibles that you can actually buy … if you have the stacks and motivation.

(This post contains affiliate links — if you click through and buy something, we may receive a small commission at no extra cost to you.)

Despite the nomenclatural evidence to the contrary, Jim Kiick was not a kicker … or a punter.

That first year included the NFL’s only perfect season, with the Dolphins going 14-0, then streaking through the playoffs.

Kiick wore this jersey during that storied season, and in 1971, too.

Speaking of Lombardi, as we were above, the coaching legend led his Green Bay Packers to victory in each of the first two Super Bowls, after the 1966 and 1967 seasons.

This Riddell helmet didn’t see action in those games — or any game — but it’s loaded with signatures from the team’s stars (and not-so stars).

Among the autographs here are Bart Starr, Boyd Dowler, Forrest Gregg, Bob Long, Jim Taylor, and many, many others.

One of the joys of attending live sporting events is gathering mementos at the venue that can remind you of the big day for years into the future.

And one of the best collectibles for capturing the color and era of any game is the game program.

Super Bowl game programs, in particular, have always been colorful and somehow larger than life, and the perfect keepsake for those who were there … or even for those who watched on TV.

You didn’t attend all of the first 53 Super Bowls — probably! — and you likely didn’t even watch all of them on TV.

But this lot of 53 Super Bowl programs lets you grab a bit of that in-the-moment flavor of each of those Big Games, anyway.

Through the first 53 Super Bowls, 46 different men were named Most Valuable Player of the Big Game — a total of 54 awards, since Harvey Martin and Randy White shared the award for Super Bowl XII.

Not all of those guys signed this fine art print, but a whopping 45 did, including superstars like Peyton Manning, Tom Brady, Joe Montana, Jerry Rice, John Riggins, and many more.

Check out the complete roster on the giclee listing here. (affiliate link)

If that bright and shiny Packers helmet up there (^) doesn’t quite tweak your nostalgia strings when it comes to Lombardi’s squads, check out this vintage Spalding football.

The sigs aren’t nearly as bold, but you get Vince himself right above the “Spalding” logo … and you could almost imagine Bart Starr handing this rock off to Jim Grabowski.

You can find the full details in the listing here. (affiliate link)

Another great team, another signed football with a certificate of authenticity.

This one takes us back to the undefeated 1972 Miami Dolphins and offers up all the biggies from the team, like Bob Griese, Paul Warfield, and others.

Vince Lombardi may have led his team to victory in the first two Super Bowls, but it was Joe Namath who really put the game on the map … with his mouth.

You might remember that Namath guaranteed his underdog New York Jets — representing the “lowly” AFL — would take down the mighty Baltimore Colts in the Big Game.

Everyone laughed and guffawed and called Namath a fool — until he delivered on his promise!

The two legendary figures come together on this piece, a 1969 game program from Super Bowl III, autographed by Lombardi.

Get the details in the full listing here. (affiliate link)

And if you want a little more J-E-T-S in your Super Bowl III memorabilia?

This team-signed helmet fits the bill.

Like the Packers helmet above, this is not game-used, but the shiny, new brain bucket captures all the big sigs from the team, including Namath himself, running back Matt Snell, receiver George Sauer, and Pro-Bowl defensive end Gerry Philbin.

See this thing in all its online glory here. (affiliate link)

The 1966 Kansas City Chiefs may not have won the first Super Bowl, but they were the first AFL team to lineup in a title game against the NFL’s best.

There was a bit (or more) of stigma that came with being part of the “lesser” league before the Jets’ upset win in 1969, and before the AFL-NFL merger in 1970 that wrought one league with two conferences (AFC and NFC).

The Chiefs lived up to their kid-brother billing, bowing to the Pack in Super Bowl I, 35-10.

Still, this was a legendary squad, and this vintage football features the signatures of many of the team’s best, including Len Dawson, Mike Garrett, Emmitt Thomas, Bert Coan, and a slew of others.

Check out the full listing here.

If you’re more in the mood for some single-player focus from that first Super Bowl, this media guide might fit the bill.

Len Dawson was unquestionably the face of the Chiefs, an all-time great QB who eventually landed his own bust in Canton.

He fared just OK in Super Bowl I, passing for 211 yards with a touchdown and an interception, but four sacks pretty much told the story of his day.

Still, this media guide features a strong single Dawson sig, adorned with his “#16” and accompanied by a JSA letter of authentication. 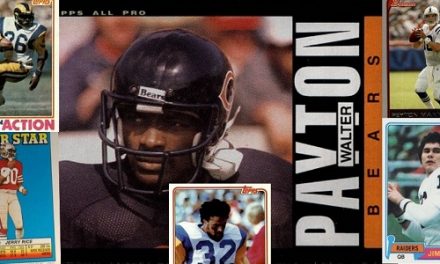