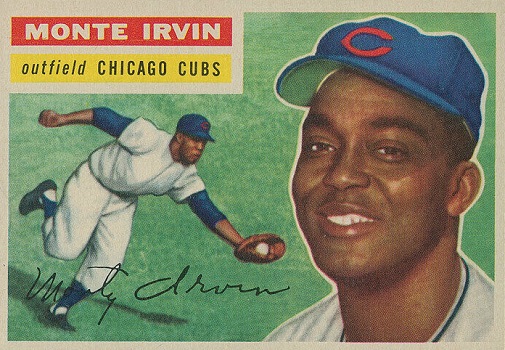 By the time Monte Irvin signed on with the New York Giants before the 1949 season, he was already 30 years old.

That was and is ancient in terms of baseball “prospects,” but, of course, Irvin was no mere hopeful just clawing for a chance to take the field.

No, Monte Irvin was a bona fide superstar with more than a decade of professional baseball under his belt. Most of that time was spent at shortstop for the Newark Eagles of the Negro National League, with a one-year detour to the Azules de Veracruz in 1942, where he won the Mexican League triple crown.

Irvin spent most of 1949 with the Jersey City Giants before a July callup to the Polo Grounds. His 36-game cup of coffee yielded an anemic .224 batting average, but Irvin was just getting his feet under him in his new climes.

After starting the 1950 season in Jersey City again, Monte was back in New York by the middle of May for a series against the Chicago Cubs.

This time, he stayed.

That summer, Irvin amassed 432 plate appearances over 110 games played and batted a solid .299 while flashing his power stroke to the tune of 15 home runs.

Irvin had officially arrived in the National League, and just in time to become part of baseball card history as Topps stepped onto the hobby diamond the next year.

Over the next four seasons, Irvin demonstrated that he was still one of the best players in the game, even in his mid-30s. Giants faithful had to be wondering how different the 1940s might have looked had Monte been a Giant instead of an Eagle.

For starters, Irvin led the NL in RBI with 121 in 1951, his first full season in the league. He also finished third in MVP voting as the Giants won the pennant before losing the World Series to (who else?) the New York Yankees.

That summer, Irvin appeared in both the 1951 Bowman and 1951 Topps Red Back sets, setting up a run through the middle of the decades that produced some of the most classic baseball cards ever.

Throw Bowman cards from 1951 through 1953 into the mix, and you have about as elegant a portfolio of early 1950s cards as you’re likely to find.

By the time that 1955 Topps card debuted, though, Irvin’s fortunes in New York had begun to slip.

And then, after 51 games with New York in 1955, Irvin managed to hit just .253 and mustered a single home run, a steep enough drop-off to get him sent down to Triple-A Minneapolis.

It was a slap in the face for the man who had done so much so quickly for the Giants, but it was merely prelude to what came next.

That winter, the Giants left Irvin off their protected list, which exposed him to the ravages of the Rule 5 draft. The Chicago Cubs nabbed him when given the chance and promised him a shot at the left field job.

The Cubbies were good to their word, and Irvin won the slot resoundingly enough during Spring Training that Chicago traded incumbent Hank Sauer to the Cardinals on March 30, on the eve of the new season.

Topps was ready for the marriage, and when they shipped the third series of their 1956 cards, Irvin was right there at number 194 … wearing a Cubs uniform.

Now, Topps was all about economizing their efforts in those days, and with no competition, who could blame them? Presenting every card in a painted/art format helped matters, too, because accommodating any uniform change was a matter of a few brush strokes.

So, it’s really not surprising to discover that the Irvin headshot on his 1956 Topps card is the same one as on his 1955 Topps card, but with the Giants “NY” switched out for the Cubs’ “C,” and with colors to match.

And, at least the action shot was updated, from a batting follow-through in ‘55 to a lunging grab in ‘56, again with a uniform change.

But as neat as it must have been (for Cubs fans, at least) to see Irvin in his new togs right off the bat, that 1956 Topps only got half the job done.

In his age-37 season, Irvin rebounded to hit .272 with 15 home runs, but that wasn’t enough for Chicago to bring him back for 1957. Instead, he found himself in Spring Training with the Los Angeles Angels, the Dodgers’ Triple-A affiliate, working toward another shot at the majors.

Alas, he injured his back during camp and made it into just four games for the Angels before retiring at 38.

Thus, no cardboard record of that rebound season with the Chicago Cubs.

For awhile, at least, until baseball stats oozed from every corner of the yet-to-be-unleashed internet like pine tar on a George Brett bat, fans and collectors were left with just that 1956 Topps card for proof that “Monte in Wrigley” ever happened.

If you want more proof of Irvin’s one season with the Cubs, you might be interested in this eBay listing …

That’s a baseball signed by 21 members of those 1956 Cubs including Ernie Banks and — yes! — Monte Irvin. 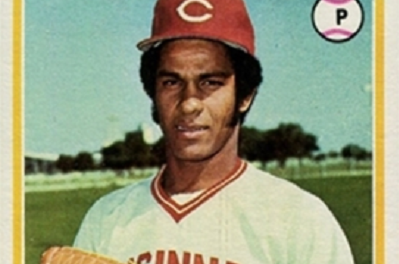 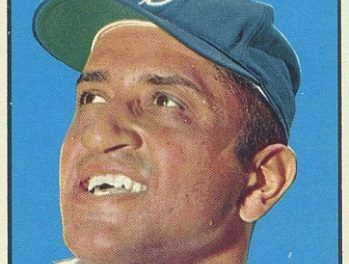 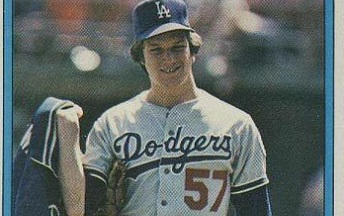 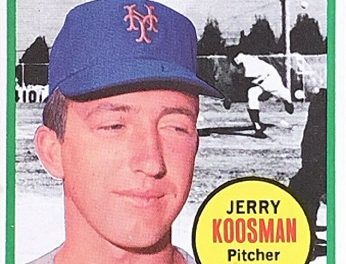