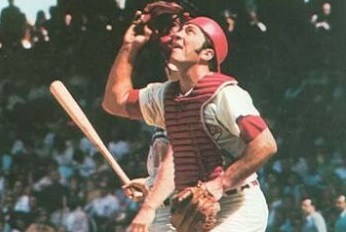 If you thought Wikipedia was an invention of the cyber age, well, you’re sort of right.

Because, sure, there weren’t really any openly available and easily accessible sources of crowdsourced information before the 21st century, but there were certainly accumulations of wide expanses of human knowledge pulled together in central locations.

Ever heard of encyclopedias? Or libraries, for that matter?

And, in the 1970s, there seemed to be a concerted effort to gather all of the world’s most important information into a series of … recipe cards.

I crap you not.

Starting with (I assume) actual recipe cards, advertisements started popping up in magazines ranging from Better Homes and Gardens to Rodeo Today to Popular Water Buckets hawking subscription services that would send you a pack of cards each month.

Usually, the deal started out with a plastic tray-container thing that you could stand the cards up in, sort of like those old SRA readers that frustrated you (or me, at least) to no end.

So, you’d sign up, send in your first payment of 99 cents or a couple of bucks, and 6-12 weeks later, you’d be learning about carnegiea gigantea or Beef Wellington with Oyster Stock all in space of a single large, flimsy card with a full-color photo on front and a dense text article on the back.

It was Wikipedia, funkadelic-style, I tell you.

And then, in 1977, sports fans finally got their due with the inception of the “Sportscasters” set that featured images from Sports Illustrated (and likely other) photographers and biographical sketches in the same dense-text format on card backs.

Well, just about any athlete-sort you could imagine, from boxers to jockeys to tennis folk to footballers (both kinds) to rugbiests to baseball players — somewhere around 2000 cards in all.

But, even though the cards were just barely thicker than the magazine pages that advertised them, they were really big at 4-3/4” x 6-1/4” and they really did pack a ton of information on card backs.

And they looked great, too, as long as you kept them lying flat or standing packed upright in their custom luggage container.

None of them look much better than the Johnny Bench card, though, which is not surprising considering that JB was the greatest catcher of all time and made a habit of appearing on great-looking baseball cards (check out his 1976 Topps some time).

On his Sportscaster card, the Little General has just popped out of his crouch, lifted up his mask, and is taking aim on a foul pop from the bat of the hapless batter standing exasperated in the background.

If I didn’t know better, I’d swear that was Mickey Mantle. And now that I’ve looked at the picture a bit and had the thought, I’m just going to go ahead and pretend it is Mantle from now on.

After all, the world really needs a combo card of Bench and Mantle, and especially if Bench comes out on the winning end of the thing.

And when you turn this card over, you get a rundown of Bench’s greatness, detailing how the “Take-Charge Catcher” led the Big Red Machine Cincinnati Reds to two World Series championships.

It’s a bite-sized helping of all you ever needed to know about Bench, portable and accessible wherever and whenever you needed it.

And it all came about 30 years before Wikipedia.

You don’t often find complete complete sets of the 1977-79 Sportscaster cards, but you do sometimes run across complete runs of specific sports, like this one on eBay …

OK, so even this lot falls three cards short of lining up all the track and field athletes, but that still means you get your hands on 305 runners, throwers, jumpers, and tossers all in one fell swoop. 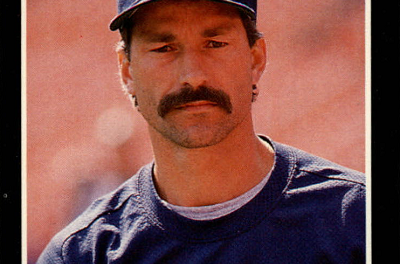 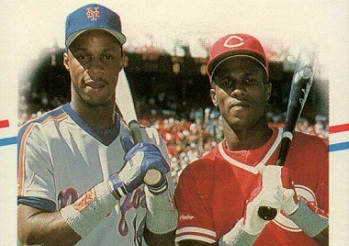 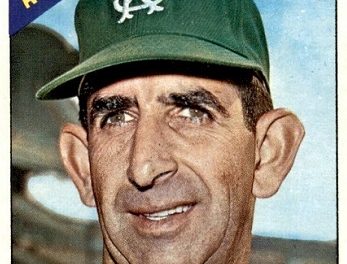