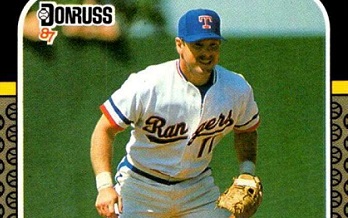 Toby Harrah is something of a Texas Rangers legend, but if you came into the hobby as the boom started to boom in the early-to-mid-1980s, you might have a different first memory of him.

For example, the first Harrah card I remember owning was a dingy 1982 Fleer number showing him as a member of the Cleveland Indians:

That summer, Harrah made his fourth All-Star appearance and was one of the few bright spots on the Tribe teams of the era.

Harrah stayed in Cleveland through 1983 and then spent an uninspired 1984 with the New York Yankees.

That .214 average with a single home run and 26 RBI at age 35 might have spelled the end for a lot of players, but Harrah was a Rangers legend (remember?) and they were in the market for some infield help and veteran leadership after a 69-92 showing in ‘84.

In February of 1985, Texas sent outfielder Billy Sample to the Bronx in exchange for Harrah, then tacked on Eric Dersin in July as the player to be named later.

In between, though, Harrah took over starting second base duties — the first time he’d played the keystone more than a few games since 1975.

With a crop of youngsters like Pete Incaviglia, Oddibe McDowell, Ruben Sierra, Jerry Browne, Ed Correa, Jose Guzman, Bobby Witt, and others ready to take on more prominent roles, Texas and Harrah decided it was time for him to move on … to the coaching ranks, beginning with a stint as manager for the Triple-A Oklahoma City 89ers in 1987.

That summer, though, Texas fans who couldn’t make it out to All Sports Stadium to see the future member of the Rangers Hall of Fame could still get one last shot of Harrah courtesy of their local wax pack purveyor.

In fact, Harrah was the subject of two career-cappers.

First was the 1987 Topps woody showing a him in a posed shot with a beautiful blue sky in the background:

Looks about like you’d expect a 37-year-old in is final season to look.

But if you want a better feel for what Harrah’s second run with the Rangers was really like, 1987 Donruss has you covered:

There he is, on his toes, manning second base … showing once again that baseball makes kids of us all.

Harrah is a Texas Rangers legend, and memorabilia featuring that marriage is popular still today. Take a look at this eBay listing, for example:

That’s a baseball signed by 29 members of the 1976 Rangers, including Gaylord Perry, Mike Hargrove, Jim Sundberg, and — of course — Toby Harrah. 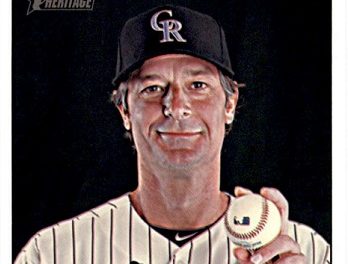 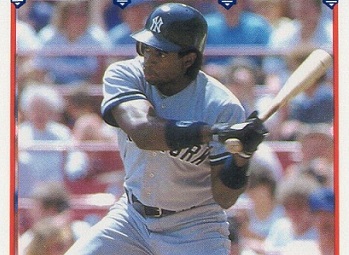 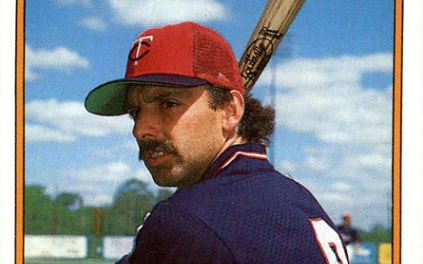 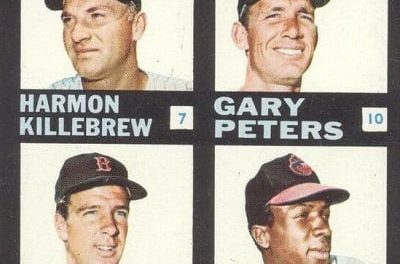