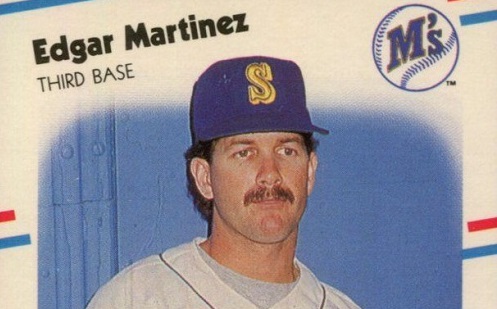 If you eagerly awaited the arrival of 1988 Fleer baseball cards, chances are you were disappointed.

There were a few reasons for that …

After an initial perceived shortage, it became clear 1988 Fleer was part of the burgeoning Junk Wax Era — these cards were pretty much everywhere.

The 1988 rookie card class was pretty weak, especially compared to the stellar 1987s.

So, not all that inspiring.

Even so, as we sit here three-plus decades later, these cards are old and a few of them still hold a decent amount of collector appeal.

With that in mind, here are the 10 most valuable 1988 Fleer baseball cards, using eBay sales for PSA 10 cards as our guide (note that raw copies of all these cards can generally be found for $1 or so). 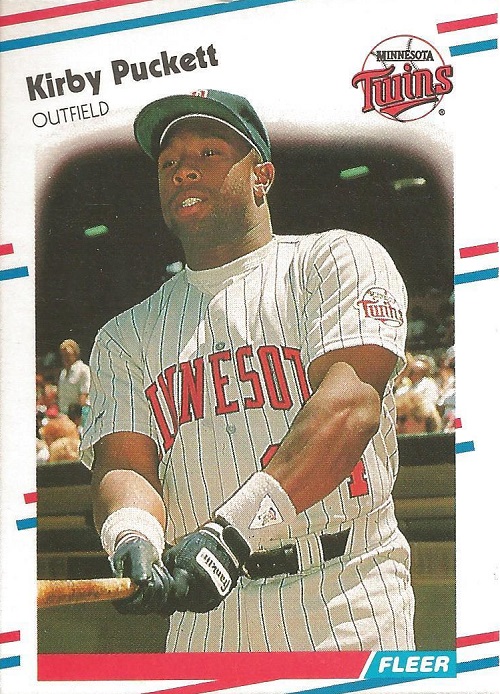 By 1988, Kirby Puckett was well on his way to the Hall of Fame, having garnered two All-Star appearances, plenty of MVP votes, and Rookie of the Year consideration during his four-year career.

He was always a threat to win the batting title, won a Gold Glove in center field in 1986 and 1987, and had started to show some power, too.

Oh, and then there was that 1987 World Series he helped his Minnesota Twins win.

Yep, Kirby was a fan and collector favorite whose star hardly seemed to dim at all when his career was curtailed by health problems or even when domestic issues came to light after his untimely death in 2006. 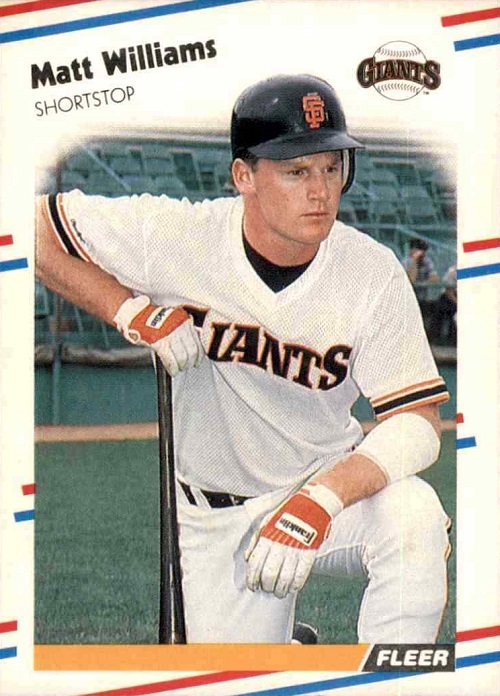 There was a time when Matt Williams was just about the most feared slugger in the game and the odds-on favorite to lead the charge toward Roger Maris‘ single-season home run mark of 61.

Way back in 1994, Williams sat at 43 home runs through 112 games with the San Francisco Giants, and the press and hobby were gearing up for what promised to be a historic run.

Then diamond tragedy struck — The Strike.

Not only did the The Strike wipe out the rest of 1994 (including the playoffs and World Series) and the beginning of 1995, it stopped Williams’ march in its tracks.

He was a prime-time 28 years old in 1994 and never found quite the same power stroke after the game came back online in ’95.

That power and his subsequent stint as Washington Nationals manager in 2014-2015 have kept Williams from fading completely into obscurity, and his 1988 Fleer rookie card brings in $5-10 in PSA 10 condition. 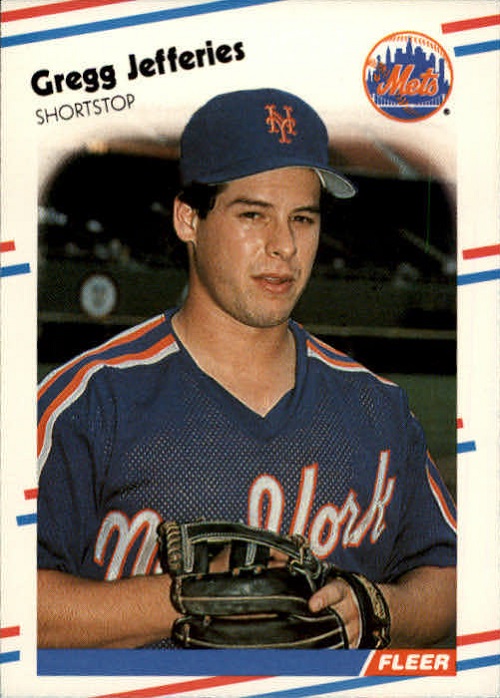 While we all knew the 1988 cards would have trouble living up to the rookie-card swagger of 1987, we held out one hope for greatness: Gregg Jefferies.

All indications were that Jefferies was going to be a superstar who could hit for average, run well, and eventually develop Big League power.

And … well, he played for the New York Mets.

All that hype and the big spotlight sent Jefferies’ rookie cards soaring before the 20-year-old could ever get his feet under him. By the time he actually stuck in the Big Leagues, in 1989, we were already sort of disappointed that he hadn’t become Mickey Mantle.

The truth is, though, that Jefferies put together a star-level 14-year career that included two All-Star appearances for the St. Louis Cardinals, nearly 1600 hits, 126 home runs, and a solid .289 lifetime batting average. 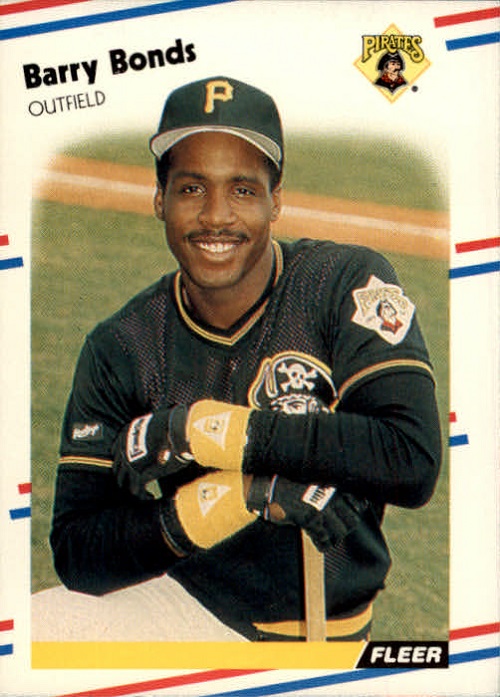 But collectors honestly weren’t all that excited by the complete package that Bonds offered up because the Pittsburgh Pirates weren’t winning anything, Bonds wasn’t hitting monster (or a lot of) home runs, and there were other players who were clubbing homers left and right.

It was hard to keep up with Mark McGwire, Jose Canseco, and the likes back then, and even Bonds’ teammate Bobby Bonilla was more highly regarded in some circles (see New York Mets, circa 1992).

Love him or hate him, it’s hard to deny that Bonds developed into one of the absolute greatest players that game has ever seen, and his 1988 Fleer card reflects that at $15 for PSA 10 copies. 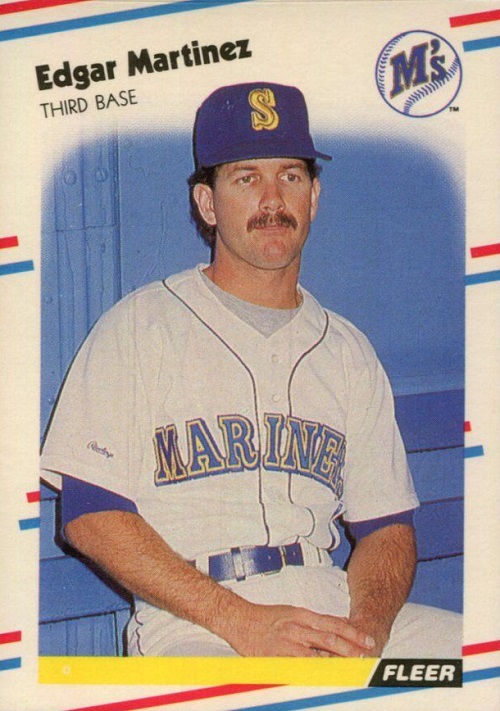 Edgar Martinez got a late start on his Big League life — he didn’t debut for the Seattle Mariners until 1987, when he was nearly 25 years old, and he didn’t log his first full season in the Majors until 1990, when he was 27.

From that point on, Edgar spent more than a decade as one of the best hitters in the game, garnering two batting titles, two doubles titles, and one RBI crown.

But … among the 2000+ games he played with Seattle, more than 1400 of them were logged as a designated hitter.

Will Martinez become the first — or second, if you count Frank Thomas — career DH to make the Cooperstown cut?

After being named on 70.4% of ballots in 2018, things certainly are looking up for Martinez on the Hall of Fame front.

No matter what, though, he’s a Seattle legend and hobby favorite whose 1988 Fleer rookie card can bring north of $50 in PSA 10 condition. 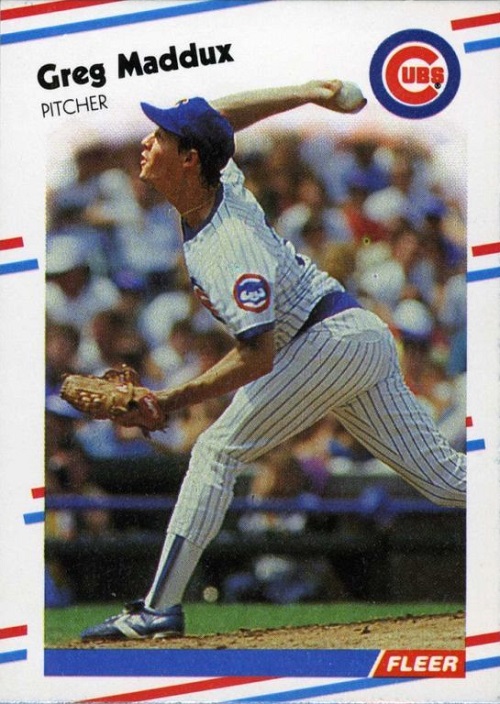 Greg Maddux made his Major League debut for the Chicago Cubs in 1986 but failed to win more than a third of his decisions or score an ERA below 5.50 in his first two go-rounds with the Wrigley denizens.

That all changed in 1988 when the 22-year-old put together an 18-8 record with a 3.18 ERA and garnered his first All-Star appearance. That performance was enough for collectors to start taking notice of Maddux’s  1987 rookie cards, especially his Donruss Rated Rookie.

Another few mostly successful seasons in Chicago had us thinking he was a solid rotation piece until Maddux reeled off a 20-11, 2.18 line in 1992 to cop his first National League Cy Young Award.

Fast forward a quarter century, and we can look back to see Maddux’s scorched earth — a free agent deal with the Atlanta Braves after that CYA campaign led to three more CYs in a row and a 23-year career that ended with an amazing 355-227 record, 3.16 ERA,  and first-ballot election to Cooperstown in 2014.

Along the way, of course, Maddux also became a collector favorite, and his 1988 Fleer second-year card sells for $10-15 in PSA 10 these days. 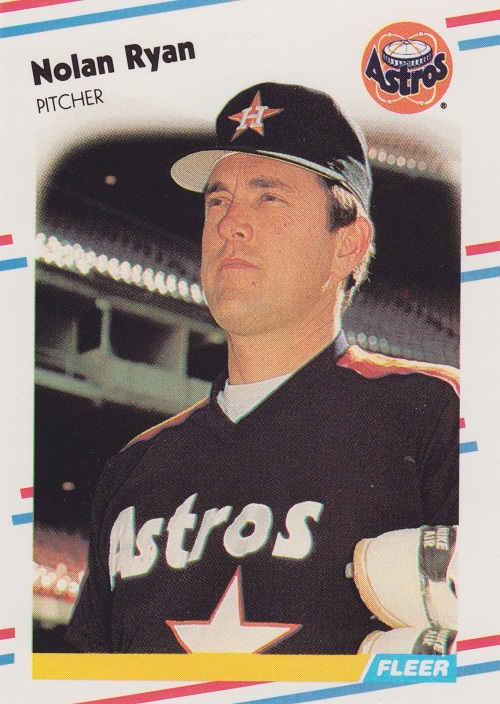 That, at 40 years of age and pitching for a Houston Astros team that had romped to a division title in 1986. Wow!

For his efforts, Ryan finished fifth in the NL Cy Young vote and then walked in free agency after the 1988 season … all the way to the Texas Rangers.

In Arlington, of course, Ryan cemented his legend and became something of a superhuman figure in the game, one whose cards always rise to the top of whatever issue they appear in. 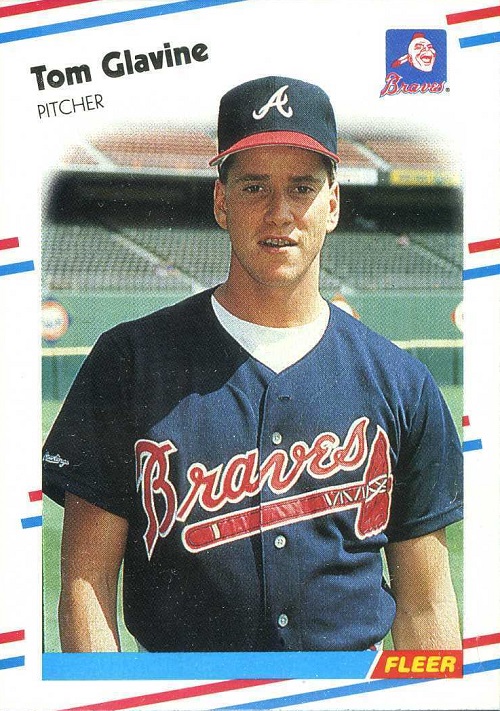 While Maddux was finding his place in the Friendly Confines, Tom Glavine was taking his lumps with the awful Atlanta Braves teams of the late 1990s.

By the time Maddux joined him in 1993, Glavine was a two-time 20-game winner (with a third on the runway) and the 1991 Cy Young recipient.

Together with John Smoltz, Glavine and Maddux would form the backbone of an Atlanta pitching staff that would rack up division title after division title all through the 1990s.

Glavine’s 1988 Fleer rookie card is an understandably popular hunk of cardboard, with the Hall of Famer’s cupcake issue pulling in around $20 in PSA 10. 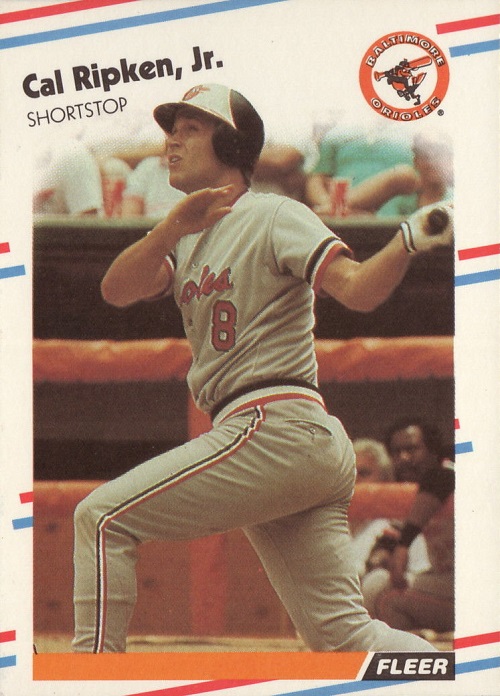 The Baltimore Orioles were an all-time terrible team in 1988, eventually finishing with a 54-107 record.

Even great players like Cal Ripken, Jr., struggled that summer, with the Iron Man hitting just .264 with 23 home runs and 81 RBI.

But Cal was already a legend by that point, having copped the 1982 AL Rookie of the Year Award and the 1983 AL MVP while also building some buzz around his still-youthful streak.

These days, the Hall of Famer’s cards aren’t “hot,” exactly, but they’re always popular and collectible. 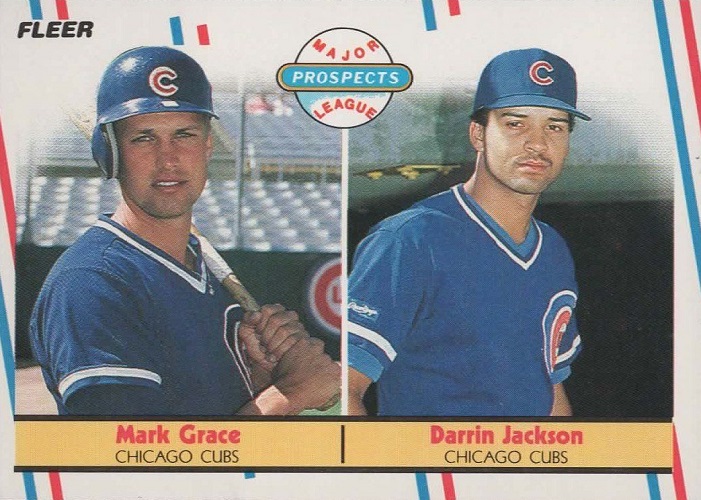 Aside from Greg Jefferies, Mark Grace was about the best that 1988 Fleer had to offer us in terms of rookies in the moment.

Three decades on, Grace has been surpassed by a few others from this set — Glavine and Martinez, for example — but the fact remains that he turned in a stellar career: 2400+ hits, more than 500 doubles, a lifetime .303 batting average.

Had Grace been able to tack on another 100 home runs or so to his total of 173, he might have been a Hall of Fame lock.

As it is, Grace is popular with fans of the Chicago Cubs and Arizona Diamondbacks, and his best cards still enjoy nice collector interest in pockets. 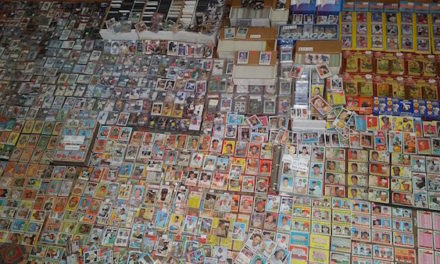 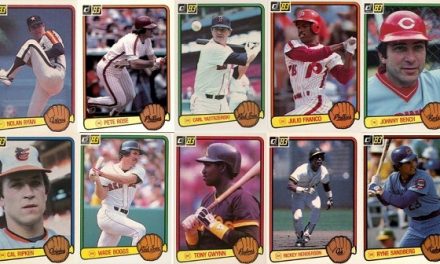 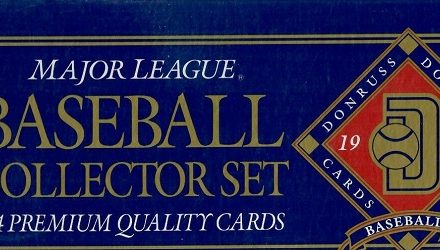 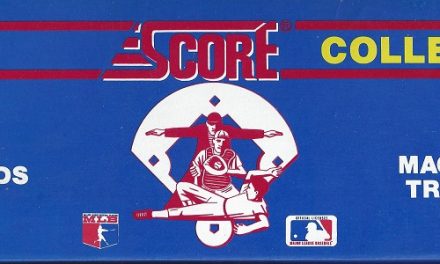