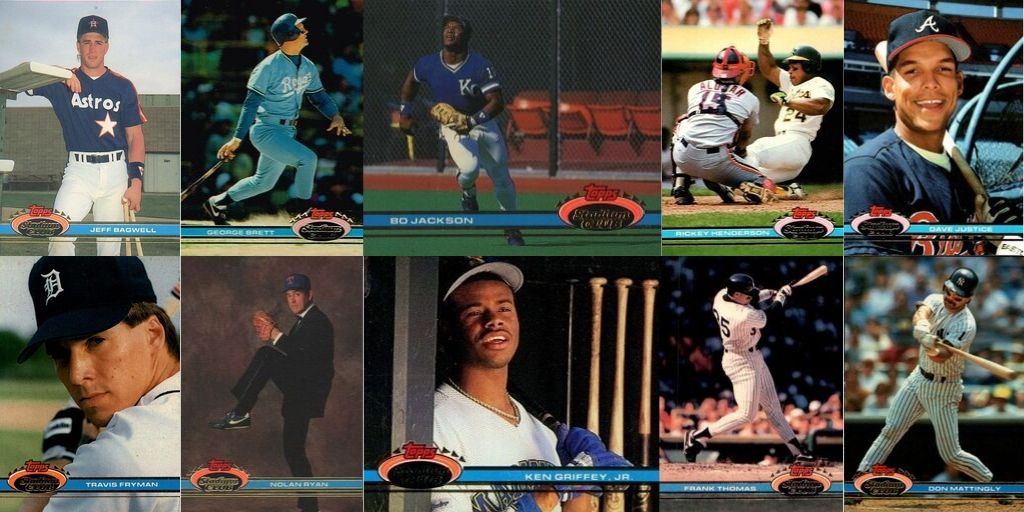 If you think YouTube or Twitter invented the public response, then let me introduce you to 1991 Stadium Club baseball cards.

See, when Upper Deck debuted in 1989, they set a new standard for the hobby — the premium card.

These things were crisp and clean, with blazing white card stock and amazing, crystal clear photography on both sides of the cards.

Collectors loved them … in theory, at least. There was a healthy population of the hobby that railed against the big price tag that came with the big jump in quality.

By and large, though, UD sent the other companies scurrying to figure out how to keep pace, and Donruss struck first with their 1990 Leaf product that became a summer sensation.

Then, Fleer followed suit with Ultra in 1991.

Topps, though, remained suspiciously quiet for two full years … until the big announcement in 1991 — they were upping the bar with a “super premium” set called Stadium Club.

Predictably, this set off a frenzy of anticipation and, eventually, pack ripping as collector shelled out in droves to get their hands on the thick, mega-glossy, embossed, bumpy, bleeding photos that were Stadium Club.

And it looks even more so now that we know “super premium” did not mean “super scarce” or even “not limitless.”

All of which is to say that there are plenty of 1991 Stadium Club baseball cards to go around, even three decades later.

Still, these most valuable of all ’91 SCs are popular with collectors, especially in PSA 10 condition (prices from recent eBay sales).

Your club seat is waiting!

As the Ryan Express knocked down milestone after milestone with the Texas Rangers, his 1968 Topps rookie card shot through the hobby roof and pulled the rest of his cards right along with it.

Today, this card of a tuxedo-clad Ryan sells for about $40 in perfect graded condition.

As the #1 card in that debut set, Griffey played a huge role in helping 1989 Upper Deck issue turn into an instant classic.

Even before he had played a game in the Major Leagues, everyone thought Junior was a future Hall of Famer.

Turned out, everyone was right, even if he was still finding his power stroke when this Stadium Club issue first saw the light of day.

Today, just about every Griffey card is a popular buy, and this one lines up at about $30 (PSA 10).

In 1990, the Red Sox shipped Bagwell to the Astros for Larry Andersen in an attempt to nail down the AL East title.

Of course, the cost was a young stud who took over the starting first base job in Houston the next spring and stayed there until his Cooperstown case was ironclad some 15 years later.

The Bagwell SC rookie card is a $25 buy in PSA 10 condition.

Brett was more than a decade removed from his 1980 peak, and just a couple years out from retirement when this card was issued.

But he was also a baseball legend who was on the verge of 3000 hits, and his cards were among the most consistently popular in the hobby.

Justice was one of those long, lean lefty swingers who looked like he was just born to hit a baseball.

It was a preview of things to come, as Justice remained a vital power source for the Braves as they started winning division title after division title in 1991.

Then it was on to the Indians and the Yankees where more post-season glory followed.

And, though Justice fell short of Hall of Fame levels, he turned in a long, star-level career that keeps this RC in the $10+ range these days.

Not so very long before this card was issued, Jackson suffered the hip injury that would end his NFL career.

Not long after that ill-fated January playoff game for the Raiders, the Royals released him.

Jackson caught on with the White Sox in April and made it into 23 games before missing all of 1992.

A limited comeback in 1993 and 1994, with the Sox and Angels, made it clear that Bo was done with baseball, too.

But he’ll never be washed up in the hobby, and this Stadium Club card sells for about $10 in PSA 10.

These were heady times for Henderson, who nabbed the AL MVP award in 1990 and then broke Lou Brock‘s all-time stolen base record early in the 1991 season.

All he had to do from that point was play for another 12+ seasons, grab a stolen base title at age 39, entrench his status as the greatest leadoff hitter ever, and stroll into the Hall of Fame.

Fryman sort of got lost in the big numbers and homer craze of the 1990s, but he was an All-Star-level shortstop and third baseman for the Tigers and Indians for a good hunk of his 13 seasons.

Even got some postseason love with the Tribe late in his tenure.

No one will ever confuse Fryman with a Hall of Famer, but his rookie cards saw decent speculator action for several years, and this Stadium Club version remains about a $15 buy (PSA 10).

For those of us who lived through his prime, it’s still hard to believe sometimes that Mattingly is not in the Hall of Fame.

This is the dude, after all, who single-handedly redefined the baseball card market with his 1984 Donruss rookie card, issued the same year he busted loose to out-pace Yankees teammate Dave Winfield and win the American League batting title.

Things got even better for Donnie Baseball in 1985 as he won an MVP, and the future looked limitless.

Back trouble spelled a quick end to his effectiveness, though, and he retired in 1995 short of Cooperstown levels.

Still, Mattingly is a hobby heavyweight, and he lines up here at $10+ in perfect slabbed condition.

Thomas is another guy who went crazy at the beginning of his career only to tail off drastically later on.

The Big Hurt was so great for so long, though, that his career totals ushered him into Cooperstown. Seven straight seasons averaging north of .300, 30 HR, 100 RBI, 100 runs tend to do great things for a fella.

With more than 500 career home runs, big Frank maintains a strong hobby profile today, and his Stadium Club debut sells for around $10 in PSA 10. 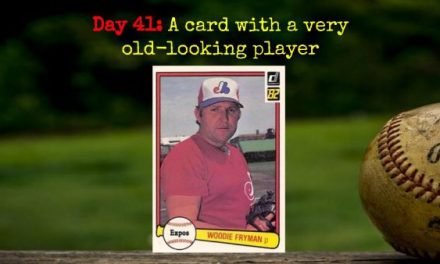 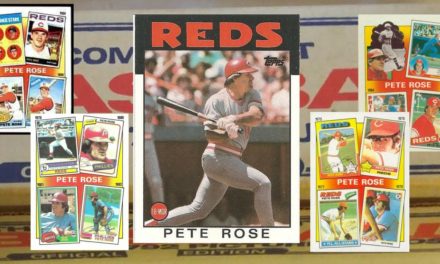 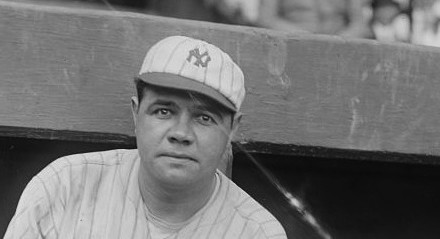