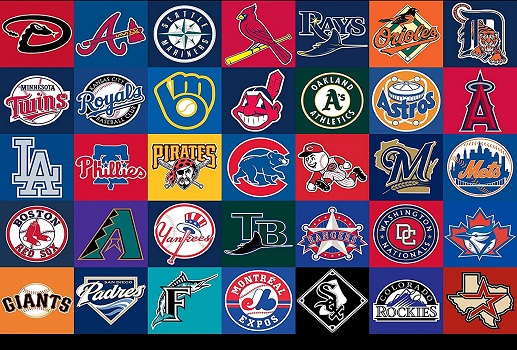 Baseball posters have been a staple of boys’ home decor for decades, but that doesn’t mean there’s no place for them in your baseball man cave.

Indeed, there are few better options when it comes to covering a lot of wall at a reasonable price level, and there’s more than enough variety to satisfy any fan taste.

Here, then, to get your creative juices flowing are ten great baseball posters that will liven up any space in your home … cave or not.

(Note: This post may contain affiliate links to listings from Amazon, Fanatics.com, and/or SportsMemorabilia.com. If you follow one of those links and buy something on those sites, we may receive a small commission at no additional charge to you.)

One of the fun things about this this 24.25” x 35.75” Framed Aces Poster is that it’s locked in time. Not too awful far down the road from when the pics was taken, Max Scherzer, Justin Verlander, Jacob deGrom, and Corey Kluber were all with other teams. This one will still look great on the wall of your baseball fan cave, though, and it comes with a built-in trivia question — when did these guys pitch for these teams?

Only Cleveland could combine the Rock & Roll Hall of Fame and the Major League Baseball All-Star Game, which is exacly what happened when the Indians (now Guardians) hosted the diamond world at Jacobs Progressive Field for the 2019 Midsummer Classic. Now, with that game long in the rearview, you can remember it fondly with this 11” x 17” Art Poster.

Like other baseball posters on our list, this one takes us back in time, but none of the others are this … specific!

If you like your sports mascots with a bit of cartoon flair, then the rundown of “Minimalist Mascots” might be just what you need in your fancave. This 24.25” x 35.75” Mascot Framed Poster features mascots of all 30 major league teams (plus a few extra) peeping up to show us the top two-thirds or so of their faces, Wilson-style. Hidey ho, Neightbor!

If you’re a Yankees fan, or a fan of baseball history in general, this 24″ x 36″ poster will call to mind the great Bronx teams of the past. Featuring crisp and sylized lettering against a dignified midnight blue that fades to the center, this print calls to mind the business-like approach and sterling image the Bombers cultivated through their early Dynasties, when names like Ruth, Gehrig, DiMaggio, Mantle, Howard, and so many more defined excellence in baseball.

Although Amazon positions this one as a poster for a boy’s bedroom, it would fit well in any room that baseball fans frequent. And adding your name — or your kid’s name — to the back of the jersey just adds to the nostalgic feel. After all, aren’t we all just little boys and girls at heart, still waiting for our turn at bat in the big leagues?

Can’t decide which ballpark to hang on your wall? Hang ’em all! This fantastic poster, from renowned stadium photographer Mike Smith, features all 16 National League baseball stadiums from 2004. And, while there’s been some attrition since then with new stadiums replacing old, team movement between cities and leagues, and stadium renames, this is still a pretty cool visual that can keep you picking out details for hours at a time.

This is another of those point-in-time dandies, transporting us back to a world where Madison Bumgarner and Miguel Cabrera are among the best players in the game, and where Bryce Harper plays for the Washington Nationals. Times — and uniforms — have changed plenty since this baby debuted, but that just makes it all the more effective as a stoker of nostalgia.

If there was one player who personified the great Yankees teams of the 1990s and 2000s, it was Derek Jeter. This understated poster captures the glory of those days with a classic black-and-white image of The Captain with his back to the camera, pondering all that’s gone before, the work that lies ahead, and the weighty legend of the Pinstripes.

How many major league ballparks have you visited? If the answer isn’t “all of them!” then this stadium tour map will make your mouth water and your travel trigger finger itchy to get moving. This tempting wall covering shows each MLB stadium, properly placed in its North American location, just begging you to hit the road and take in some games. Pop this one on the wall over your baseball table and gaze into your Fields of Dreams.

These are just ten of the hundreds of baseball posters available to help you deck out your fan cave … or any room in your home. Which is your favorite? 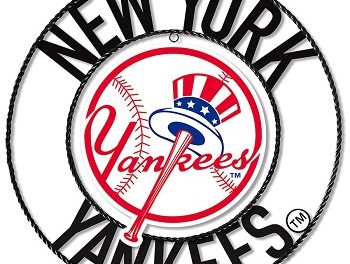 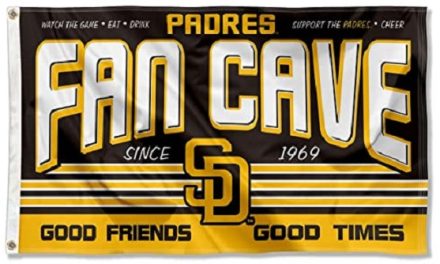 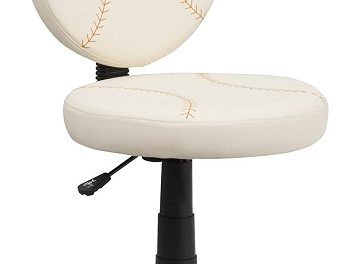 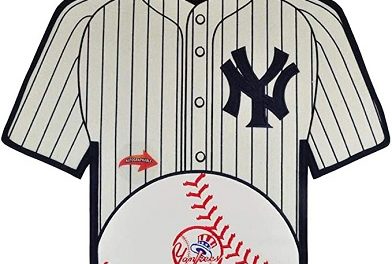