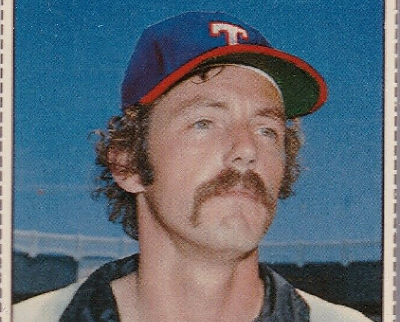 Mention Doyle Alexander to fans or collectors of a certain age, and one things comes to mind — dude who the Braves traded for John Smoltz.

That came back in August of 1987 when the Detroit Tigers were fighting for a division title, and when Smotlz was one of their top prospects.

The Braves were going nowhere but last place (OK, fifth place), and the Tigers were desperate for seasoned arms, though, so the trade rolled through.

Smoltz turned out to do some OK things for the Braves and a couple other teams, but Alexander paid off for Detroit right away — he went 9-0, 1.53 ERA, and the Tigers made it to the ALCS (where they lost to the Twins).

Alexander was 37 by October and had only a couple of seasons left in him, but, as it turns out, he had actually done a few things in baseball before Atlanta flipped him for Smoltz.

In fact, Alexander spent most of the first half of the 1970s as a swingman with those pitching-rich Baltimore Orioles teams of the era … this, after the Dodgers traded him eastward in the deal that brought Hall of Famer Frank Robinson to Los Angeles.

Even though the young righty regularly put up nice numbers in 100+ innings each year, though, Alexander didn’t get tons of recognition, and not much cardboard love — pretty much just the standard Topps and O=Pee-Chee issues.

But then, in June of 1976, the Orioles traded Alexander to the Yankees in a deal that also sent … big breath … Jimmy Freeman, Elrod Hendricks, Ken Holtzman, and Grant Jackson to New York in exchange for Rick Dempsey, Tippy Martinez, Rudy May, Scott McGregor, and Dave Pagan.

It was a deal that paid off for Baltimore down the road, but Alexander pitched in (ha!) right away in the Bronx, running up a 10-5 record with a 3.29 ERA in 19 innings as the Yanks ran away from the Orioles and the rest of the American League East.

But then, Alexander started Game 1 of the 1976 World Series for the Bombers. Got lit up by The Big Red Machine, but it was still a nice bit of exposure for a dude who had been sort of quietly very good for awhile.

And, wouldn’t you know it? The next year — BAM! — there was Doyle Alexander in those nifty Hostess and Twinkies sets.

By then, though, Alexander had signed a free agent contract with the Texas Rangers, so we got an airbrush special … and no Yankees garb at all.

Still, the card was a nod to Alexander’s suddenly higher profile, and, though he slid back to mostly base cards thereafter, he’d make a “special card” farewell tour after his 1987 escapades — 1987 Donruss Highlights, 1988 Donruss Baseball’s Best, 1988 Topps Big.

Indeed, it was one of the post-strike’s biggest disappointments to learn that Alexander was NOT available for his once-every-11-seasons blockbuster when the trade deadline rolled around in 1999.

That left the 2000 collecting season bereft of a meaningful Alexander card (or any Alexander card), and I’m not sure the hobby ever really recovered.

Ever wonder just how expensive something like the 1977 Hostess or Twinkies cards can get? Well, as of this writing, this $1000 listing is the biggest ask on eBay — 43 autographed Twinkies cards, with loads of Hall of Famers, including the late Tom Seaver. 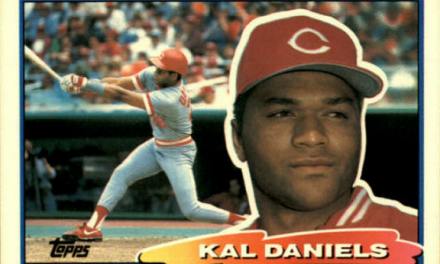 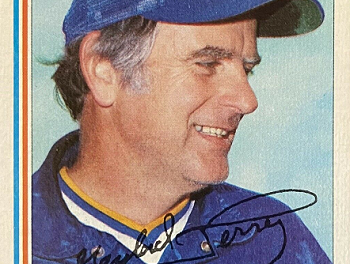 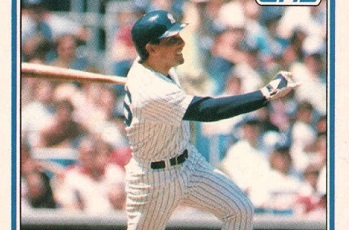 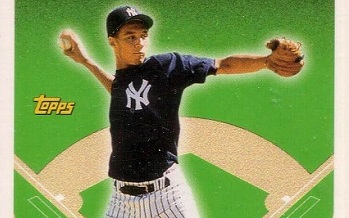 1993 Topps Derek Jeter Rookie Card a Classic for the Ages