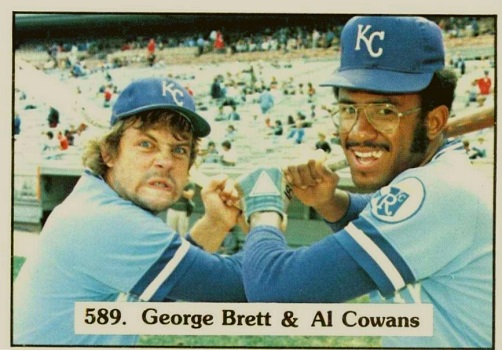 Without a doubt, one of the most classic, coveted cards of the 1970s is the iconic George Brett rookie card.

You know the one, right?

I mean, even the details are legendary …

Wait … what do you mean the Brett rookie card was a solo affair?

What do you mean it was a vertical affair?

What do you MEAN it was a psychedelic explosion of purple and green, and not at all elegant?

Just what in the name of Al Cowens do you mean by poopooing the legend of the George Brett rookie card???

And, while you’re gathering your thoughts and trying to figure out how to work your way out of this cardboard faux pas of yours, let me give you a little eye candy.

A little proof about who’s right and who’s … well … does the term Mandela Effect mean anything to you?

I mean, I can be as generous with my alibis and mulligans as the next guy.

OK, got your stuff together? Ready to defend your ridiculous contentions surrounding the George Brett rookie card?

Because I can tell you, in my world, the 1975 SSPC George Brett & Al Cowens (card #589) with the 90-card checklist on the card back is where it’s at when it comes to George Brett rookie cards.

And Al Cowens rookie cards, too.

Sure, you can quibble because the card says “Cowans” instead of “Cowens,” but don’t tell that to Al, or he’s liable to charge the mound.

And you can fuss about the fact that the “pure” set was unauthorized, unlicensed.

You could even argue about the date of issue if you’re feeling especially defensive. I mean, most of us grew up hearing that this thing was a 1976 set (and card), seeing as how the cards were actually put forth into the hobby world in, you know, 1976.

But the copyright on the back says 1975, and so do the PSA holders when someone sends one of these in to be graded.

(I’m thinking about adopting this practice personally, by the way, rolling forward my birth date by a year or five as time goes by. If I say I’m 23, goldarnit, I’m 23.)

The truly amazing thing about this fabled George Brett (and Al Cowens) rookie card is that it has yet to break the bank, despite being the rookie card of a Hall of Famer and a Farmer fighter who could maybe have been a Hall of Famer with a few breaks.

These days, you can usually find this beauty for less than $15 in PSA 8 condition, and probably a *bit* more than that for 9s and 10s … if you could find them in those grades.

Yep … as legendary multiplayer rookie cards go, that 1975 George Brett/Al Cowans soiree is quite the bargain. 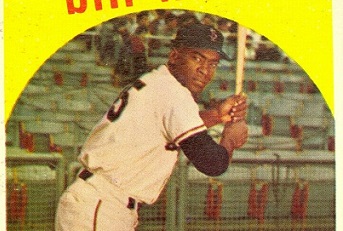 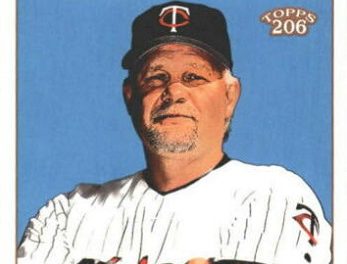 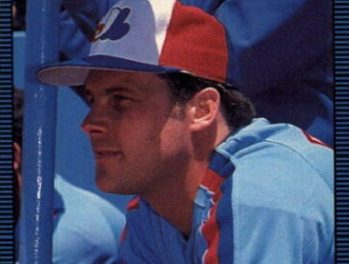