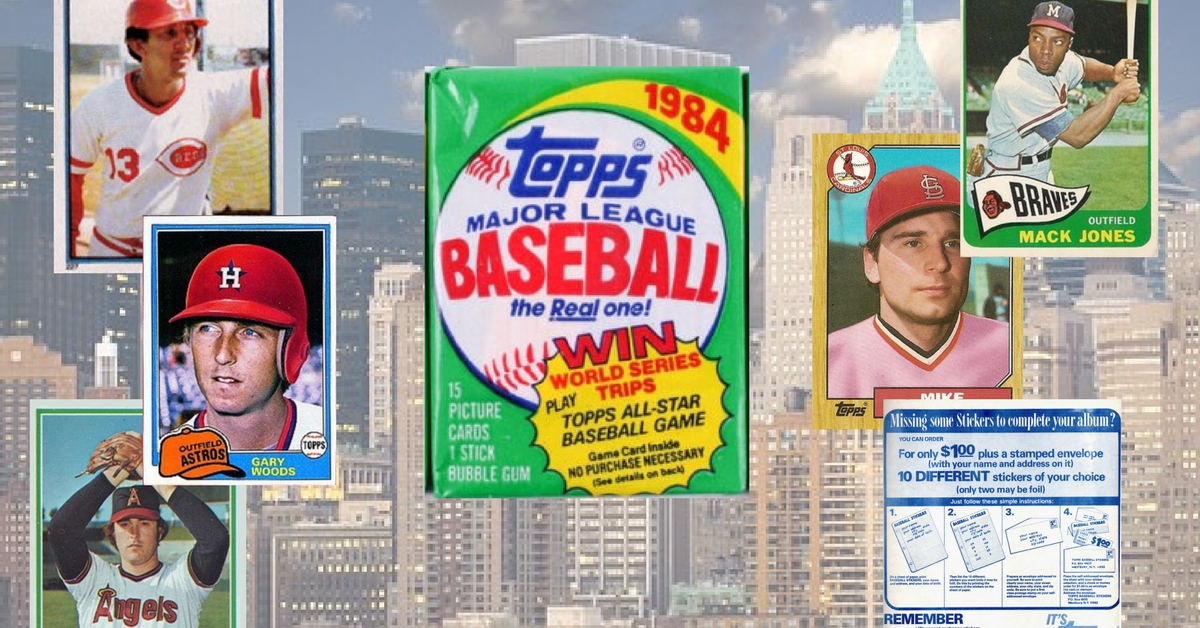 Baseball, more than any other sport, has a long and storied history of pulling families together across the generations.

Fathers play catch with their sons, who coach their own kids’ Little League teams. And they all gather around the Hot Stove to talk about what has been and what will be …

Will this be the year the New York Mets finally win another World Series?

Will Aaron Judge be as good as Mickey Mantle? As Dave Kingman? As Kevin Maas?

When will these young kids realize that no one will ever be as good as Mickey Mantle?

Every family dynamic is different, of course, but you’ll find strong family bonds tethering most fans to the game if you look deep enough. 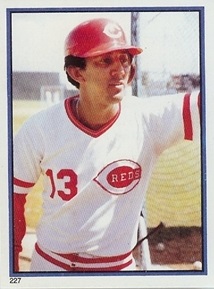 And for baseball card collectors, evidence of those ties can often be found right in the cozy pockets of our three-ring binders.  That’s the case for New York hobbyist Gregory Koutrouby, whose cardboard-bound family memories stretch back to the magical boom years of the 1980s and all the way forward to today.

Gregory was kind enough to share his collecting journey with us recently. Here is his story …

How long have you been collecting?

My childhood collecting days were from the mid-1980s to the early 1990s.

How did you get started collecting?

Dad introduced me to the game of baseball, taught me how to play, and brought home my first packs of baseball cards.

What is the first card you can remember owning or buying? 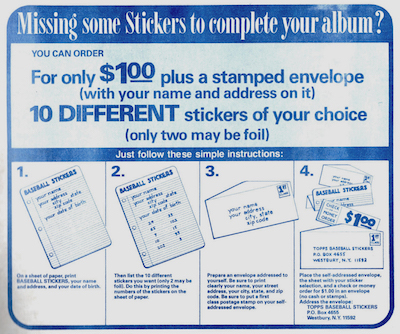 What I’m remembering is a 1983 Topps Baseball sticker that I didn’t own: Dave Concepcion of the Cincinnati Reds. His sticker was one of only a few that I needed in order to complete the album. No matter how many packs of stickers I opened, I just couldn’t get that guy.

Fortunately, if you were missing any stickers back then you could order 10 for $1.00 (plus a self-addressed stamped envelope). All you had to do was follow the instructions on the inside back cover of the album.

Which sports do you collect?

What is the focus of your collection?

Cards from the 1980s, and some vintage cards as well.

Aside from the players I grew up watching, like Don Mattingly, Howard Johnson, and Ozzie Smith, I tend to lean toward players of the Golden Age of baseball. Last year I bought a book called The Big Show, which features the photography of the legendary Charles M. Conlon. Instead of covering the glamorous big-name players of the era, this book focuses more closely on lesser-known players who may have only had a short stint in the big leagues. The photographs and accompanying stories capture a blue-collar grittiness and rawness that’s just incredible. Baseball players as they were meant to be, as far as I’m concerned. 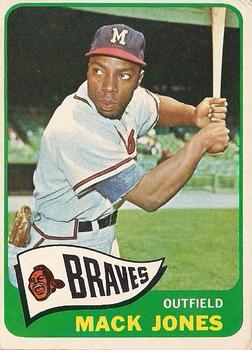 It’s difficult to choose just one. Baseball card companies have really run the gamut of design and style over the decades—and that means both the good and the bad. For example, Topps put out absolute masterpieces like 1965 Mack Jones (#241) and 1978 Nolan Ryan (#400), but then there are the “airbrush specials” like 1981 Gary Woods (#172) and 1987 Mike Laga (#321). Who knew the Cardinals wore satin pink jerseys?

Do you have a collecting project or goals you’re working on now?

Since I rediscovered my childhood collection a few years ago, I’ve been working on completing some of the sets that I didn’t quite complete back then. I’ve also been doing those sets justice by placing them in fresh nine-pocket pages and storing them somewhere other than the attic. (Side note: Inside two of my old binders I found handwritten lists of card numbers that I still needed. My penmanship sure was different in elementary school…) 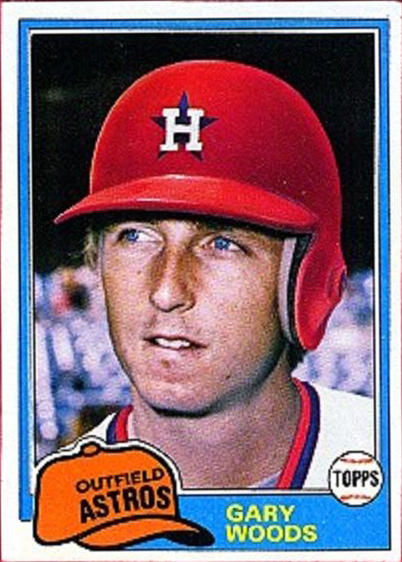 How much time do you spend on the hobby these days?

An hour or two each week.

There are many entertaining and informative blogs out there. Aside from this one, I try to find time to read The Topps Archives, Shoebox Legends, Night Owl Cards, and The Shlabotnik Report, among others.

I’ll buy a card here and there on ebay, and trade for others on sportscardforum.com.

Which card or set have you always wanted to own but has always eluded you? 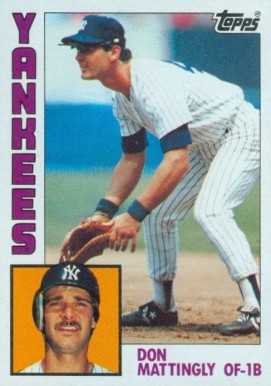 I’m more of an Ishmael than a Captain Ahab when it comes to card collecting.

For quite a few years of my early childhood, my dad lived in Manhattan, while my sister and I lived on Long Island with our mom. Every other Friday evening, dad would drive out to the island in a maroon Honda Civic hatchback to pick up his two kids for a weekend in the big city. The trip back to Manhattan took about an hour (without traffic), and during those rides, my sister and I would excitedly share events from the previous two weeks with dad: schoolwork, teachers, friends, Little League games, softball games.

And for the year of 1984, in particular, there was even more to look forward to on those rides: a small brown paper bag tucked between the seats of the car, filled with packs of Topps baseball cards. After we caught up with dad, my sister and I would divide the packs evenly and start opening them. We were still too young to have a favorite player or an allegiance to one New York team over the other, but we both loved baseball. I remember that whenever we found a hometown player in those packs we’d call out “Mets!” or “Yankees!”, and dad would ask us which player we got. What a great time. 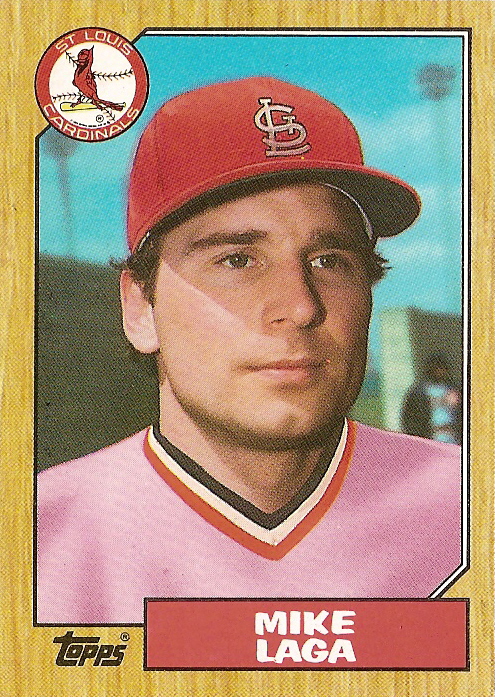 Do you have any other funny or memorable hobby moments to share?

This past year I went through all my extra 1987 Topps cards, and with a little help from a few generous collectors, I managed to put together a third complete set. This set went to my brother, who is just about the same age as the cards. He couldn’t believe I had that many 1987s. But back in 1987, I think every kid had that many.

Later in the morning he and I decided to go out for a while, so we left the 800-count box on his kitchen counter and said goodbye to his two dogs.

When we came back, the box was on the floor—chewed open—and cards were strewn everywhere. I guess his dogs don’t like baseball. Or maybe they smelled traces of 30-year-old bubble gum and wanted to investigate. Either way, the cards themselves weren’t chewed up or slobbered on, so we took a few minutes to put everything back in the box. The next task is re-sorting them by number. It’s too bad the dogs can’t do that as part of their punishment.

The lesson? Don’t leave bubble gum cards on the counter if you have large, inquisitive dogs. 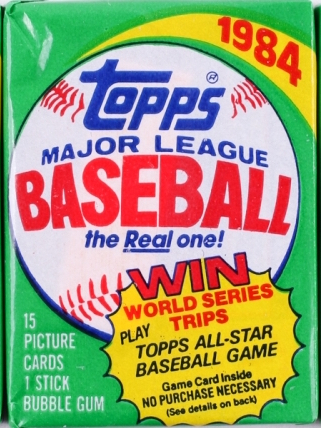 Anything else you want other collectors to know about you or the hobby?

I’ve been fortunate to have met and interviewed many brilliant artists over the past ten years, and I share the conversations I’ve had with them on a website called A Thousand Stories.

Thanks for sharing your story, Gregory!

Great to hear that you’ve joined the legions of us who have rediscovered our fair hobby after some time away. In a lot of ways, it’s better now than ever before, and connecting with other collectors on the net is a big part of that new magic. 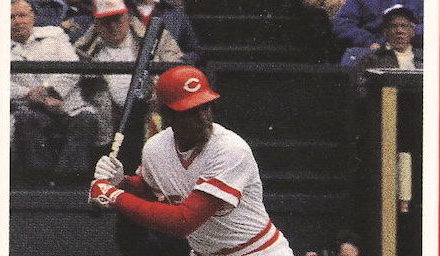 Mirror, Mirror on the Wall, Which is the Ugliest Barry Larkin Rookie Card of All? 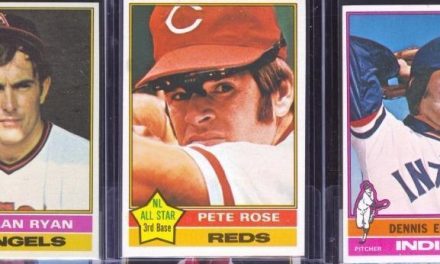 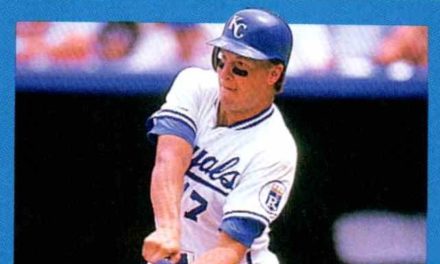