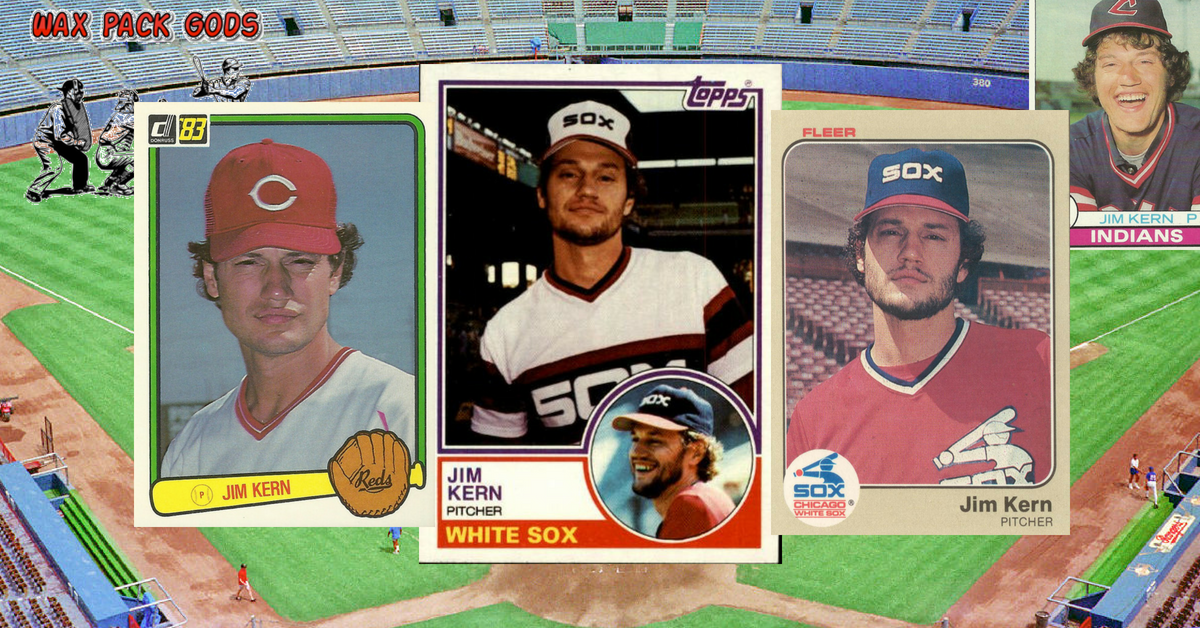 If you came to the cult of baseball cards in the early-to-middle 1980s, it’s likely your introduction to Jim Kern looked something like this … 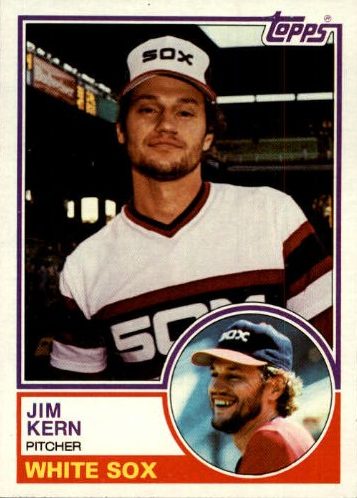 Take off that Chicago White Sox cap and Atari-style jersey, and he could have been any one of the high school hooligans who made your life miserable on the bus, in the hallways, and in the classroom because your teachers were wary of everything because of the jerks who came before you.

Fleer didn’t do much to disabuse you of that notion, either: 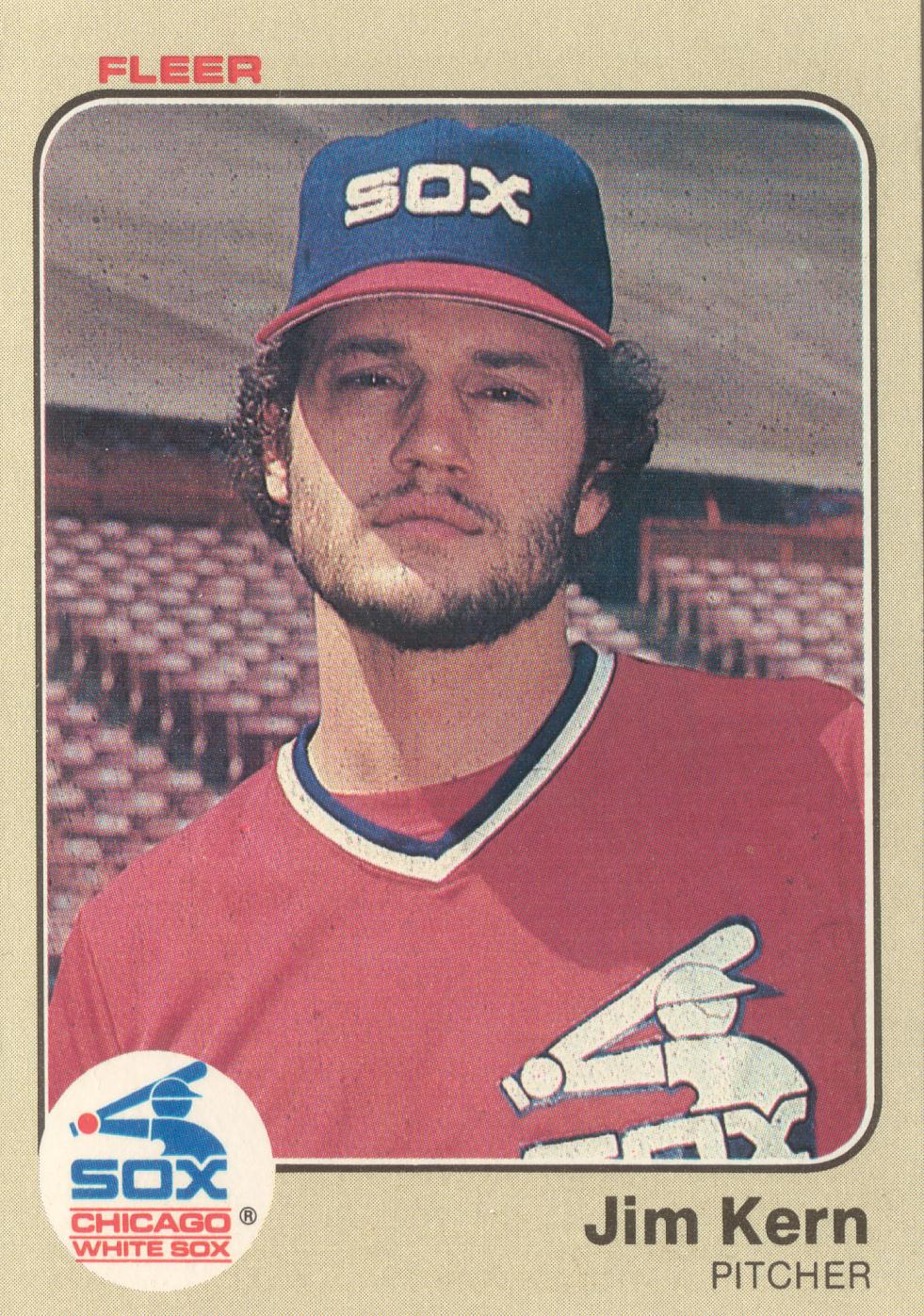 On the Topps card, the bully smirks as you approach, laughs at your utter lameness as you try to blend into a bank of lockers. But you somehow don’t respond the way you should, don’t give the tough his proper respect.

And the situation gets serious.

At least Topps and Fleer got Kern’s team right, though. Even though the Cincinnati Reds traded Kern to the ChiSox during the 1982 season, Donruss still shows him in Cincinnati garb: 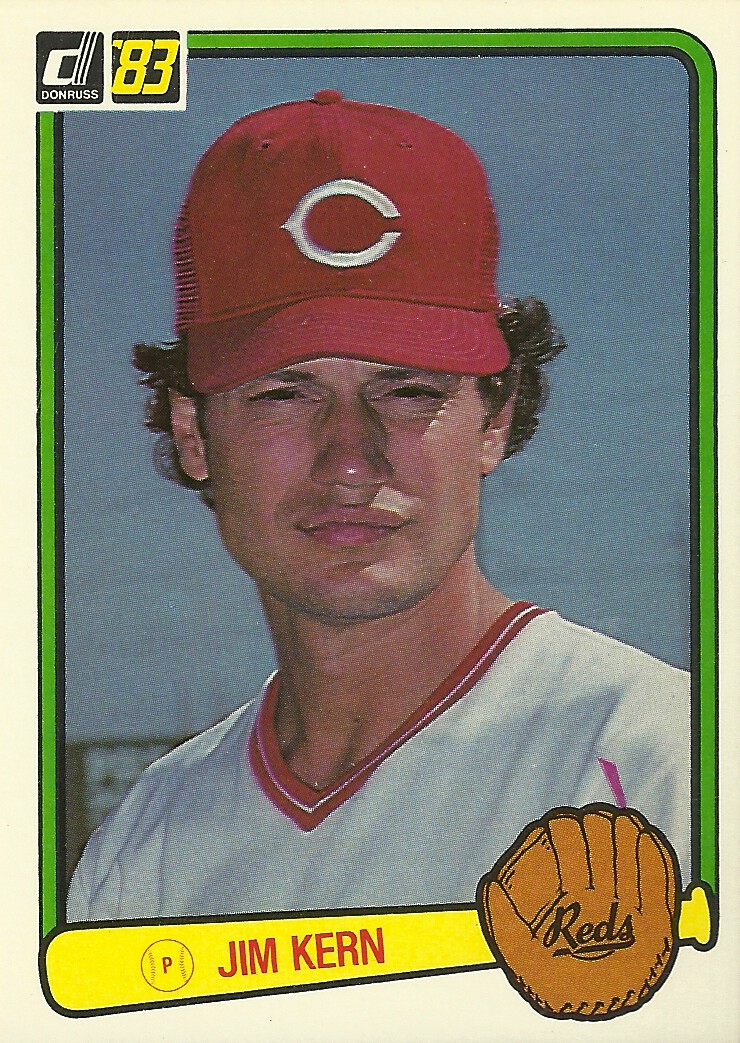 If you were a Reds fan back then, this shot might have given you a twinge of insight into how Kern came to look as he did on those other 1983 cards. You might have remembered that the 1982 Reds staff was bad — really bad — and Donruss insisted on memorializing Kern’s part in all that.

Even though Kern was only on the Riverfront long enough to make 50 appearances, and even though he sported a nifty 2.84 ERA, the stench of the Big Dead Machine permeated his cardboard presence.

You probably didn’t bother to turn over Kern’s cards, though … you’d never heard of him, he wasn’t a star, he played for the White Sox (or Reds) — he didn’t like you.

But if one of them slipped from your grubby fingers as you shuffled through a stack of cards and landed face down, well you might have noticed …

Neither of those facts would have likely done much to improve your disposition toward Kern, other than maybe make you feel more sorry for him. But you might also have noticed …

The back of Kern’s 1983 Topps cards, for example, shows multiple 10-win, 10-save seasons with just a handful of starts in his career. And maybe, the picture started to swim into focus for you. 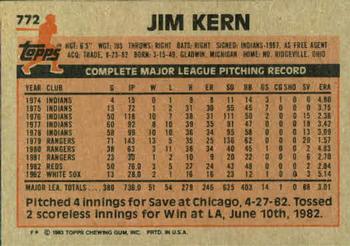 Kern had been a top-notch reliever before you knew what relievers were, but not really all that long ago.

That kind of outstanding.

But the next year?

You could see that the ERAs got a bit better from there, until he landed in Chicago, but the innings stayed down … way down.

What happened? You may have pondered that briefly until you saw Bob Brenly or Rusty Staub or Steve Yeager also staring up from the spilled pile at you. And then you swept them all up, and Jim Kern disappeared into the stack forever. 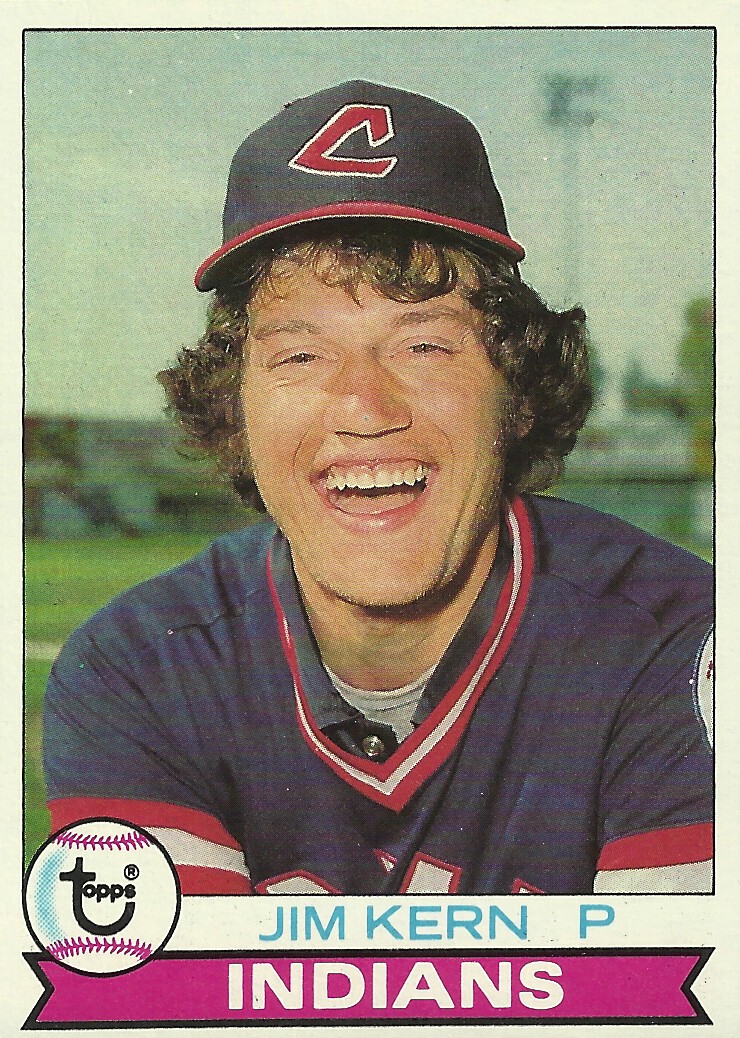 You had no way to know, really, just how incredible Kern had been in 1979 or even before that. No Baseball Reference, no FanGraphs (or The Hardball Times) to point out how Kern helped define the fireman role as the 1980s dawned.

You didn’t know — even if you suspected – that injuries set in after that big campaign at the end of the 1970s.

Didn’t know that, while Kern made it back to being a pretty good pitcher, he’d never get all the way back.

Didn’t know that Kern had other stuff going on — that he would found the Emu Outfitting Company in just a few years.

So Jim Kern ended up in your dusty commons boxes, to be seen only rarely and always accompanied by that nagging feeling you might end up with a swirly just for looking at his picture.

But even your high school tormentors had lives and dreams and aspirations, and most of them did good stuff before and after you knew them.

Sometimes, they did great stuff before and after you knew them. 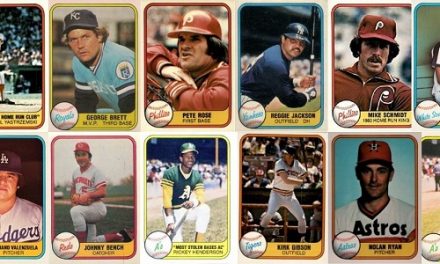