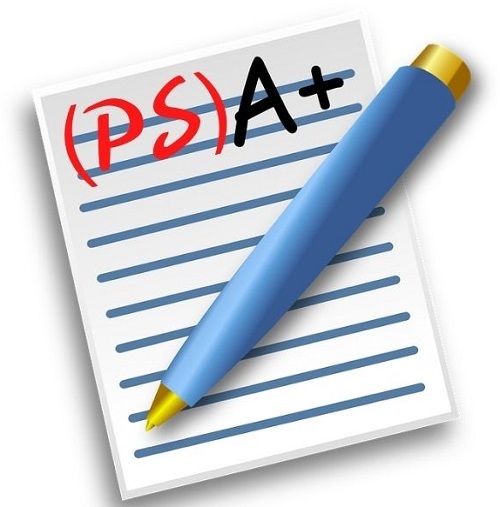 No matter what you think of the modern hobby, there’s no denying the place that PSA-graded cards have in the marketplace.

From their beginnings in 1991, just as hobby choices were spiraling beyond the understanding of us mere mortal collectors, PSA has plugged away steadily, launching a complete shoulder industry of their own.

Sure, there are plenty of competitors in the slabbed-card market these days, including some very formidable ones like Beckett Grading Services (BGS), but PSA is still the leader. And the standardization and trust they’ve brought to the marketplace have given collectors and investors the confidence to pour big dollars into those hermetically sealed hunks of cardboard that they’ll never even touch.

And, as the graded-card market has escalated over the years, the options for buying and selling slabbed cards have multiplied right along with the supply and demand.

To wit, here are ten places where you can buy — or sell! — PSA-graded cards, many of them allowing you to conduct your transactions just about any time you want.

Big surprise, right? I mean, you can buy just about anything you want on eBay, and it’s been the de facto first stop for online card shoppers since the 1990s.

So why shouldn’t you expect to find graded cards on the gargantuan auction website, too? And, while you may think of eBay as the place you go to find the last few commons you need to build a set, or to get your junk wax fix, the truth is, the place is teeming with PSA-graded cards.

But, also … the cheap stuff. Because, though it might seem like a waste of money to send in commons-bin fodder to be slabbed, some folks do, indeed, submit cards like 1988 Donruss commons and 1991 Bowman rookies and the like.

And, while you’d be hard-pressed to find those “beauties” at a major hobby auction house, they’re yours for the bidding on eBay.

So, PWCC used to be one of the biggest card sellers on eBay … until they got the boot from The Bay in August of 2021.

PWCC protested, of course, but then just took their ball home to their own marketplace, which had already been perking along for years. Beefing up their fledgling auction functionality, PWCC just kept rolling.

Known as a sort of clearing house for collector and dealers to buy and sell from each other, PWCC is littered with just about any sort of PSA bauble you could want, or at least those roughly similar to what you’d find on eBay.

You might not discover a slabbed Babe Ruth rookie card very often in the PWCC Vault, in other words, but most cards are fair game — raw or graded.

Somewhat similar to PWCC, Check Out My Cards (COMC) generally trends a bit toward the lower end of the market.

Still, COMC is another place where collectors (and dealers and investors) can connect on neutral territory to buy and sell the cards they love, covet, have duplicates of, etc.

And, of course, the cards that have been graded.

As with PWCC — but even more so — you won’t find many record-breakers on the COMC roster, but you’ll find most of the PSA-graded cards you’re searching for.

Dave & Adam’s is one of the biggest and most active online sports card dealers in the world, and they also maintain a huge physical presence at their store in New York, as well as hosting live breaks online.

Dave & Adam’s are also voracious buyers of cards, so when you start thinking about questions like, “where can I sell my baseball cards?”, they should probably be one of your stops.

And, while you’ll find plenty of brand new and “hot” material for sale on their website, Dave & Adam’s also offers up an impressive stock of vintage PSA-graded cards, many of which you won’t find for sale too often.

Another major online card dealer, Dean’s joins Dave & Adam’s in offering up the latest product AND in maintaining a vigorous buying schedule.

Not surprisingly, thanks to that voracious purchasing habit, Dean’s site displays plenty of cards of all ilk for sale at any given time, including a wide selection of graded cards.

For one thing, they skew vintage in both their buying habits and the cards they sell, maintaining separate sections of their website for eras ranging from pre-War to the 1950s, ’60s, and 70s to the modern era.

And for another, Dean’s builds out vintage sets to sell to their customers, and those sets aren’t all raw. Indeed, Dean’s offerings regularly include a pretty astounding selection of PSA-graded complete sets.

You can’t really buy PSA-graded cards on Amazon … can you?

Well, actually, you can. And not only that, but the giant online retailer maintains an entire category for nothing but the PSA goodies.

Now, you won’t find a huge variety of PSA-graded cards on Amazon, you *can* find some that are sold under the “Prime” banner.

So, next time you need a new pair of headphones … a copy of the new Stephen King novel … a box of Fiddle Faddle … a singing toilet paper roll holder … and a Ken Griffey, Jr., rookie card, all under the same wrap — there’s really only one choice.

So far, all of these avenues for finding PSA-graded cards have been accessible online. But what if you’re in the mood for a bit more personal touch when you go slab shopping? Well, read on …

Not all card shops will have PSA cards, or at least not many of them.

And hardly any local card shop will have a huge selection, or variety, of graded cards — or of any other particular category of card. An LCS generally tries has to cover a lot of bases, after all, from new product to card supplies, to set-fillers, so they usually don’t have the time, money, or space to build out full lines of everything they offer.

Heck, you may not even have much luck finding a shop that’s even remotely local (how’s that for an oxymoron?) to you.

But PSA-graded cards are a ubiquitous enough part of today’s hobby landscape that there’s a good bet at least a few of them show up in most shops from time to time. And there are some LCS owners who specialized in slabbed cards, so you can’t discount this avenue completely.

That goes double for local and regional card shows and, especially, the regional-type conventions that are a bit larger in terms of dealer tables and attendance.

When a dealer rolls out his wares for display and sale at a show, after all, he’s going to focus on stuff that a) he’s pretty sure will sell and/or b) is the cream of his crop.

Both of those categories tend to describe PSA-graded cards these days, and a table can really set itself apart at a small show with a case full of slabbed beauties. Indeed, I’d wager to say that there is at least one dealer at most shows these days whose primary focus is on graded cards.

You won’t be able to find every card you might want in these smaller venues, of course, but PSA is generally all over the place.

This is the Big Kahuna of the hobby in all sorts of ways, and it sits at the top of the live, in-person, see-it-before-you-buy-it PSA marketplace.

With hundreds of dealer tables and thousands of collectors streaming through the convention floor all during its yearly run, The National is an almost mythical beast, with each rendition taking on its own flavor and being remembered for distinct moments in hobby history.

Who could forget the monstrous 1991 National in Anaheim, for example, where tens of thousands turned the freebie bags that accompanied their admission into a full-blown “Promo Mania” that helped turn the 1990s hobby into the circus it would become.

Beyond the hype generated by things like promos and card breaks, though, The National has always been about showcasing unusual items and big, important cards that the average collector might never encounter out in the wild. You want to see a 1952 Topps Mickey Mantle or a T206 Honus Wagner?

The National is your best shot.

For dealers, collectors, and investors hoping to make their most of their visit, The National is also about pulling out the best of their own best, and that increasingly means graded cards of all types, shapes, and sizes. Naturally, PSA-graded cards feature large into that landscape, and The National is probably your likeliest venue to find any particular slabbed card you’re looking for, especially if you want to get your hands on the thing (the holder-encased thing, that is) before handing over your hard-earned bitcoin.

If you’re looking for that one perfect specimen, or if you just want to peruse how the other half (OK, one percent raised to some power) of collectors live, then you really have to frequent the various high-end auction houses that have become so prevalent in recent years.

These are the places where big-wig hobbyists turn when they’re ready to sell the high-rolling collections they’ve painstakingly put together over the years, and it’s also where they turn to find that special card that has eluded them.

And, it’s where you’re likely to get a glimpse of one-of-a-kind items and cards that sell for record-breaking numbers.

These days hobby auction houses are also big PR machines, so chances are, you’ll run into their ads and promotions whenever a major sale is in the offing. But if you’re out looking on your own, you can start your search with terms like “Heritage” and “Lelands” and “Robert Edward” and “Huggins and Scott” and their competitors.

If you’re in the market for slabbed cards, these ten venues will lead you to just about any specimen you might want. They can also be super fun places to just do some window shopping.

Truth is, though, PSA-graded cards are just about everywhere in the hobby these days, so keep your eyes open on Twitter, Facebook, and wherever else the cardboard arts are practiced and discussed. 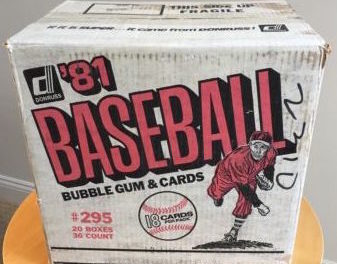 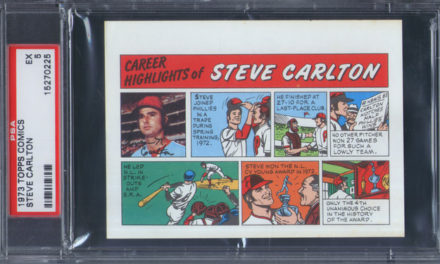 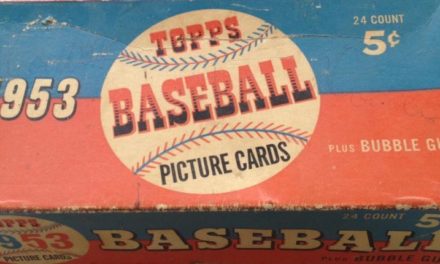