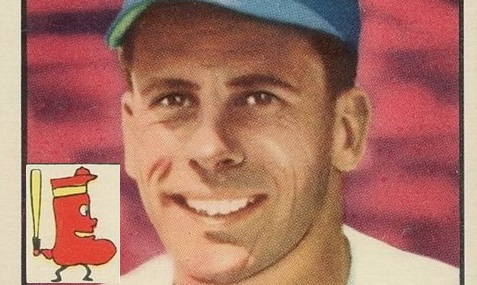 What does a New York Yankees legend hate worse than anything?

Well, probably the same things that the rest of us hate — you know … liverwurst, winter, taxes, umpires.

But, as fans, you like to imagine (or at least I like to imagine) that Yanks slide right into seethe mode whenever they get a whiff of the Boston Red Sox … on the field, in pictures, on the airwaves, in their dreams.

And on the other side of the coin, how might an opposing player get under the Yankees’ collective skin? Well, by doing something Red Sox-y, of course.

All of which is a long-winded introduction to the batter-pitcher match-up that unfolded in the top of the sixth inning of a game between the Yankees and the Chicago White Sox at old Comiskey Park on May 1, 1951.

New York came to bat in that frame already leading 5-3 and having just chased ChiSox starter Bob Cain after five. In his place, manager Paul Richards sent out veteran right-hander Randy Gumpert, who had won a World Series title with … yes, the Yankees in 1947.

On this spring afternoon, Gumpert started by inducing a popfly from Yanks shortstop Phil Rizzuto, but then gave up a double to mound foe Vic Raschi.

That brought up young phenom right fielder Mickey Mantle, who had been with New York all season but hit just .222 with six RBI and only two extra-base hits — neither of them homers — in April.

Everyone knew, though, that it was only a matter of time until the 19-year-old got going, and the time turned out to be then and there against Gumpert and the Sox.

Gumpert would convince Jerry Coleman and Gil McDougald to fly out to end the inning, and he would stay in through the seventh, but the damage had been done. After a Johnny Mize RBI-single in the eighth, Yanks manager Casey Stengel turned to reliever Tom Ferrick to close out the game, and he did.

It’s likely no one was surprised that Gumpert gave up The Mick’s first career homer. After all, here you had a young guy with enough talent to rewrite the record books going up against a pitcher who had surrendered more dingers (22) than anyone else in the American League back in 1949.

It was a match made in heaven/hell depending on the side of the ball you were on.

And this meeting represented a real crossroads for the two players, too, with Mickey at the start of his Big League journey and Gumpert, as it turns out, approaching the end of his at warp speed.

After pitching to a 9-8 record with a 4.32 ERA that summer, Gumpert was shipped with Don Lenhardt to the Boston Red Sox in exchange for Mel Hoderlein and Chuck Stobbs.

So, would Gumpert get a chance to even the score with Mantle as a member of the hated Red Sox?

Sort of, as the reliever faced four Yanks in the bottom of the seventh on May 10, 1952, at Yankee Stadium. Alas, none of those four was Mantle, and in fact, the budding legend didn’t even play in that game.

Then, on June 10, that stick-it-to-you opportunity was gone as quickly as it arose when the BoSox traded Gumpert with Walt Masterson to the Washington Senators for Sid Hudson.

After a so-so 20 game-stint with the Senators, Gumpert was done in the Majors at the age of 34.

But, as luck would have it, Topps inserted Gumpert at #247 in their monumental 1952 set. That put him in the fourth (of six) series, which meant, as far as the Old Gum Company was concerned, he was a Red Sox.

And so there you have the hurler who served up Mantle’s first dinger stationed just 64 cards in front of Mick’s hobby buster … and he wore a Boston uniform and a smile.

If there is a cardboard heaven, you know #311 Mantle is looking back at #247 Gumpert with mixed emotions — dude got him off the homer snide, but ain’t no Yankee wants to look at a Red Sox for eternity.

I mean, the only indignity that might compare would be looking up at a Brooklyn Dodger. 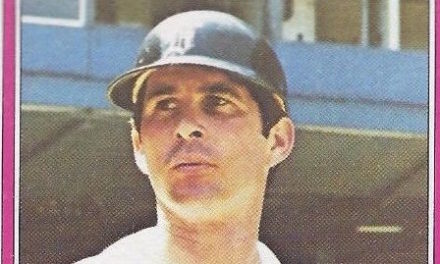 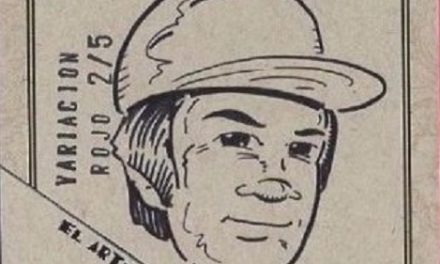 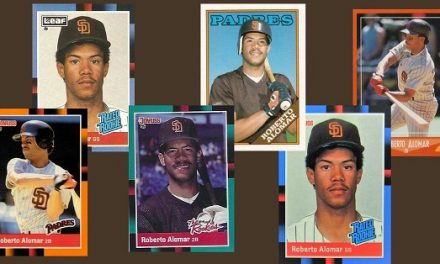