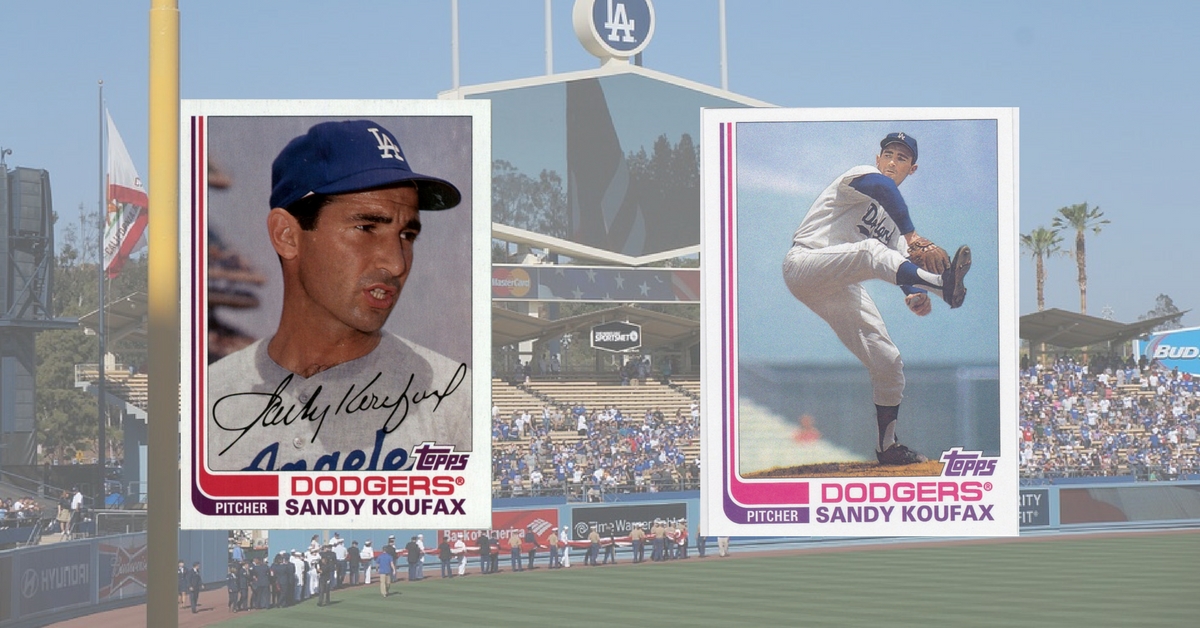 Sandy Koufax has always been a baseball heartbreaker … super talented but wild in Brooklyn … killed your team — whoever that was — in Los Angeles … gone from the game in his prime.

Koufax is the ultimate “what-if” pitcher, and it’s that uncertainty that gives even us old-timers an entry into the …

As a general rule, Wax Pack Gods don’t come in Mylar packages or with published odds of pulling them or any of the other esoteric features of modern baseball cards.

So, under normal circumstances, you won’t read about any quasi-cardboard rectangles issued after about the mid-1990s in this space.

Well, today is Day 1 of our take on the 30-Day Baseball Card Challenge, a brilliant idea originally offered up to the collecting community by Tony Lehman at Off Hiatus Baseball.

(See all our posts in this series here.)

And Day 1 means we have to select … a card from the current year with a photo we like.

We’re just lucky that Topps is as sappy about their heritage as we are, because that means we can wax poetic about beauties like …. 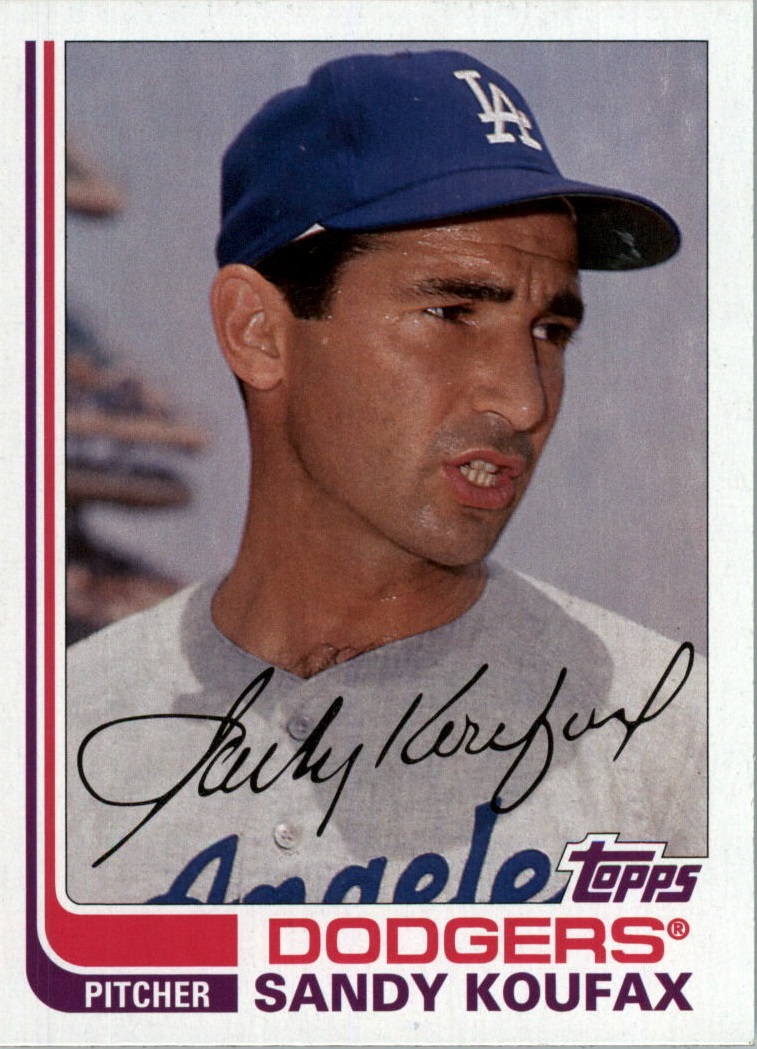 This may not be the greatest photo available among 2017 baseball cards in an artistic sense, or even in a technical sense, but it’s hard to beat for those of us who appreciate the past and pondering what might have been. A 1982 Topps Sandy Koufax card?

In case you hadn’t heard, Sandy Koufax retired after the 1966 season due to elbow troubles that had plagued him for years.

His announcement shocked the baseball world and put an end to an astounding career that seemed to be getting only better when Koufax was just 30 years old. What he lacked in longevity, Koufax made up for in jaw-drops, and he set a record for “most incredible final season” that may never be broken.

For his efforts, Koufax nabbed his third Cy Young award in four years and finished second to Roberto Clemente in the race for NL MVP.

Koufax lost his only World Series start that fall even though he gave up only one run in six innings, but his Los Angeles Dodgers were overpowered by the Baltimore Orioles. The Frank Robinson-led O’s swept LA in four games, and then Sandy rode into the sunset.

The loss of a prime-time Koufax was a baseball tragedy, but he had to say goodbye to the game he loved if he wanted preserve what health remained in his precious left arm.

He had no choic 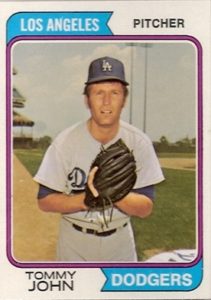 My Left Arm for a Time Machine

Fast forward to the summer of 1974 when another lefty was leading LA toward a pennant. With a record of 13-3 in mid-July, Dodgers ace Tommy John had to shut down his season due to what was commonly called “dead arm syndrome” at the time. Tests concluded that John had severely injured the ulnar collateral ligament (UCL) in his pitching arm, which was more or less a death knell for his career in the 1970s.

But team physician Dr. Frank Jobe wasn’t quite ready to give up on John and set to work on an idea that would help revolutionize orthopedic treatment for sports injuries: UCL replacement surgery.

On September 25, 1974, Jobe replaced John’s left UCL with a ligament from somewhere else in the hurler’s body, and the wait began.

Though Jobe himself gave John just single-digit odds of ever returning to the mound, the 31-year-old entered into a prolonged period of intense rehab. Finally, after more than 18 months away, John toed the rubber once more on April 16, 1976, when the Dodgers visited the Atlanta Braves early in the Bicentennial season. Though John pitched only five innings and lost 3-1, he came back five days later.

And five days after that.

And pretty much every five days all season long, totaling 31 starts.

In fact, John pitched another 14 seasons and racked up three 20-win campaigns after his surgery — he didn’t have even one before the surgery.

So what does all this have to do with Sandy Koufax?

Nothing, really, other than …

Granted, John was a soft thrower — he never reached 140 Ks in a season even before his elbow fell apart — and Koufax was a flamethrower. 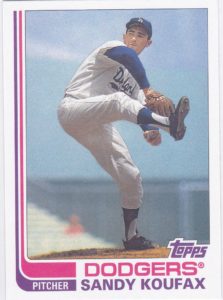 Still, imagine what might have happened had it been Koufax who was the guinea pig for Jobe’s new surgery rather than John. It’s not that far-fetched when you consider that Jobe started working for the Dodgers in 1964 and that he thought the two pitchers had essentially the same injury. Jobe lamented the fact that he wasn’t “smart enough to do this 10 years before.”

So, if Koufax had undergone “Sandy Koufax surgery,” would he have tacked on 14 years to his career?

The idea seems almost preposterous considering how much of a freight train he was, but pitchers have been known to change their style after injury and craft successful second acts — hello, Frank Tanana.

If Koufax had followed the Tommy John schedule, he’d have gone under the knife before 1967 dawned and maybe been on the mound by the middle of 1968. If he had pitched until he was 46, like John did, Sandy would have finally hung up the spikes after the 1982 season.

Had Frank Jobe been eight years quicker on the draw, these 1982 Topps Sandy Koufax cards might be buy-backs instead of Archives.

Koufax would have been a true Wax Pack God to a second generation of Little Leaguers and card collectors.

And wouldn’t that have been sweet? 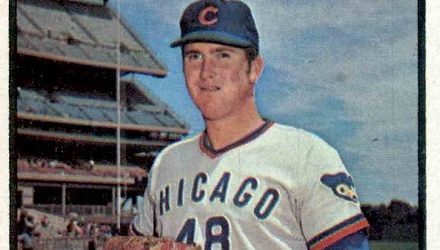 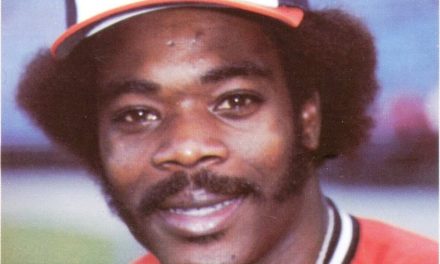 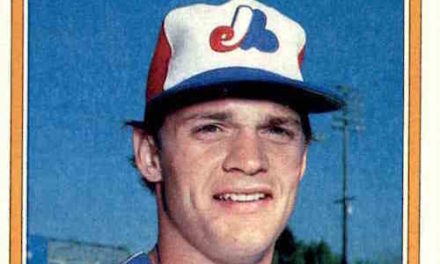 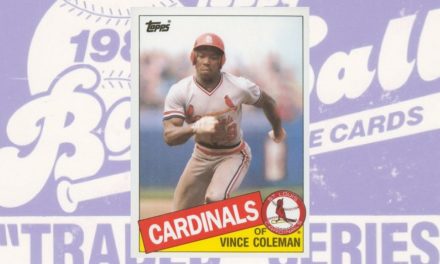