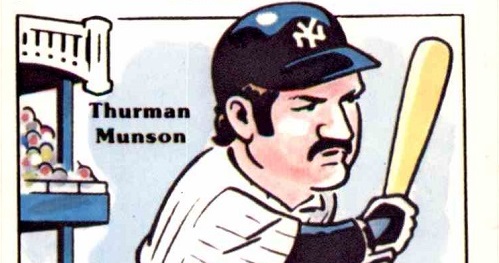 You may think you know what the first and last Thurman Munson baseball cards look like, but they just might surprise you.

When the  New York Yankees catcher and captain died in a plane crash on August 2, 1979, he left behind a legacy of gritty play that engendered plenty of Hall of Fame sentiment, a mourning and adoring fan base, and two of the most iconic baseball cards of the 1970s. 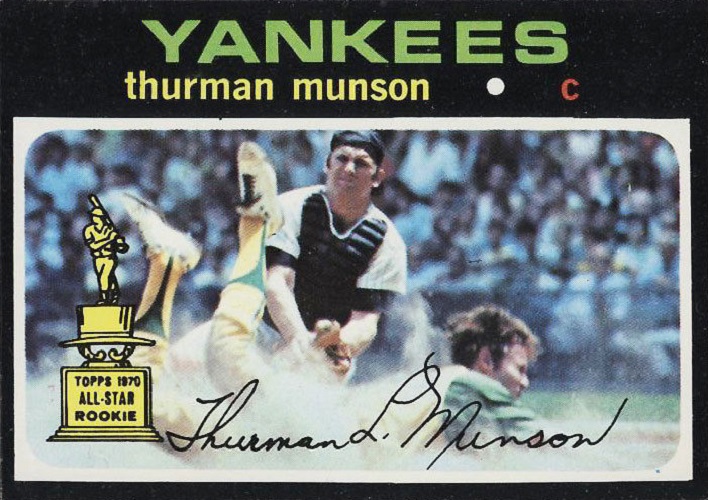 As you can see, it features a down-and-dirty play at the plate, with the 1970 American League Rookie of the Year having ditched his mask before applying the tag to a sliding runner (Fangraphs says it’s Chuck Dobson).

Then came Munson’s 1976 Topps issue, a simple portrait with a nearly perfect color scheme and a steely-eyed Captain just on the verge of leading his team to three straight World Series appearances: 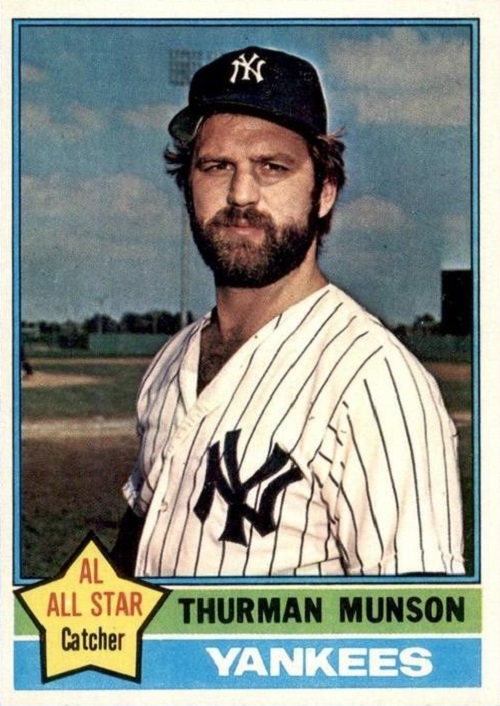 That season — 1976 —  Munson won the AL Most Valuable Player award, which would land this card a bit of immortality in the form of retrospectives like the 1982 Kmart 25th Anniversary issue.

But Munson was featured on plenty of other cardboard during his relatively short 10-year run in the Major Leagues, starting and ending with relatively obscure, oddball issues.

An Appointment with Greatness

In 1970 (and other seasons during that era), the Yankees held a series of baseball clinics for young fans prior to certain home games. As part of their reward for participating, kids received a postcard that featured a particular player on the front, with some information about him on the back, along with the clinic and giveaway schedule. 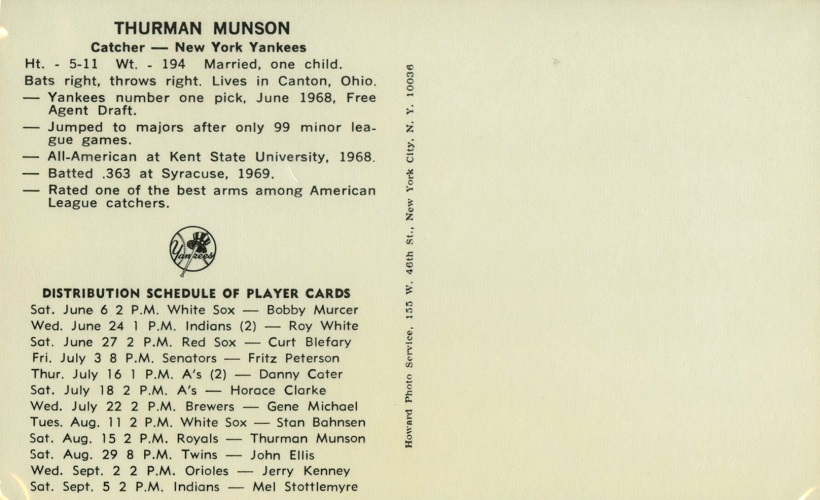 On August 15, it was Munson who graced they Yanks’ cardboard lagniappe. 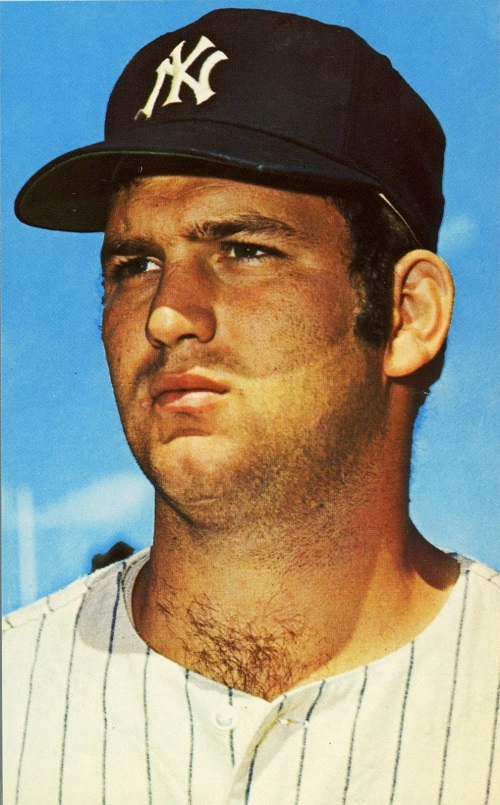 It’s an awesome portrait of a budding legend, even if Munson doesn’t look especially happy or self-assured the moment the shutter fired.

Of course, this wasn’t the only Thurman Munson baseball card available to fans and collectors that summer, as he scored his Topps rookie card on #189 in the gray-bordered base set: 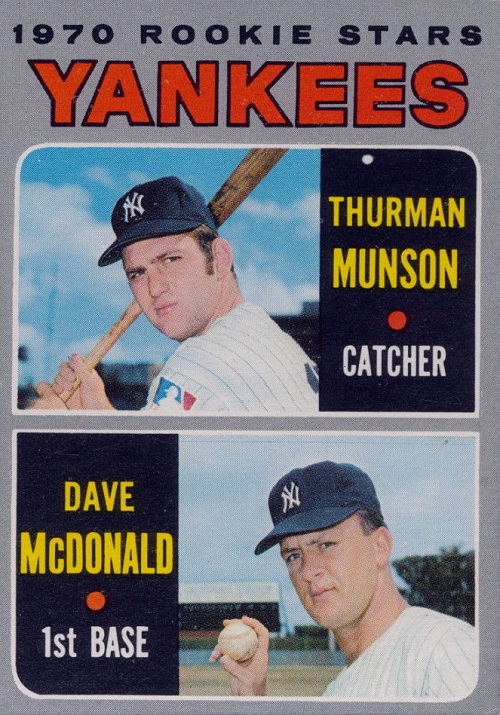 If you wanted a Munson card the year after his accident, though, your choices were limited to just one — the 1980 Laughlin Famous Feats card (#13) highlighting Munson’s seven consecutive World Series hits spread across the 1976 and 1977 Fall Classics: 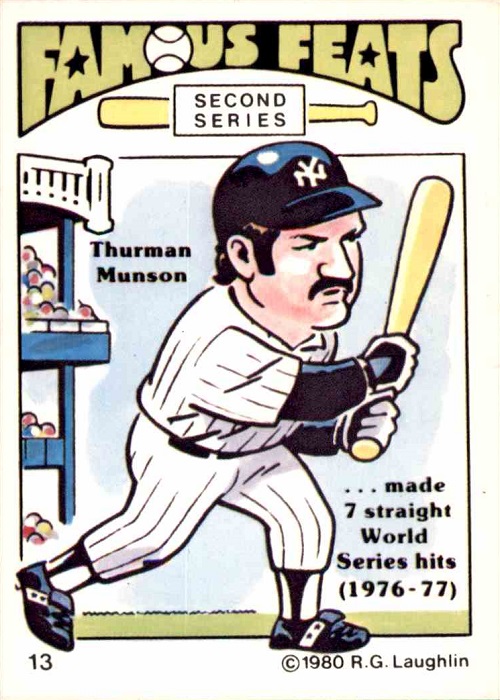 Obviously, this isn’t your typical baseball card since it features a comic drawing of Munson — and Yankee Stadium — rather than a photo. And the card back is completely blank, too.

But for fans in 1980, still stunned by the loss of a diamond hero, it was a bittersweet reminder of the glory that had so recently passed. Part of a 40-card issue celebrating other big moments from the game, this card also slotted Munson among all-time greats like Honus Wagner, Lou Gehrig, Babe Ruth, and Rogers Hornsby.

And does Munson really seem out place in that company?

Not at all, which in itself is a rough-hewn and unsophisticated argument for his enshrinement in Cooperstown.

Will that ever happen?

Hard to say, but Munson certainly built an all-timer baseball card library– Hall-of-fame-caliber works of art in the middle held in place by a couple of oddball but exotic and irresistible bookends.

So, when it comes to Thurman Munson baseball cards, what’s not to love? 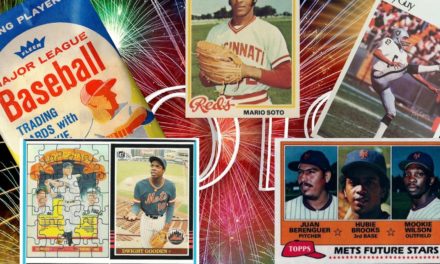 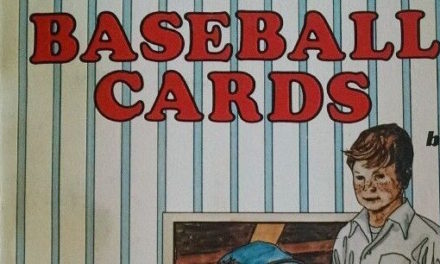 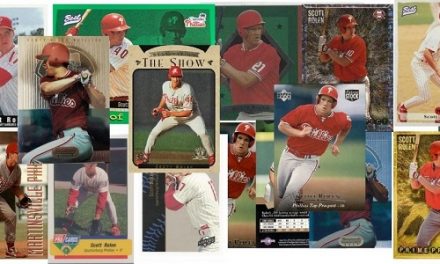