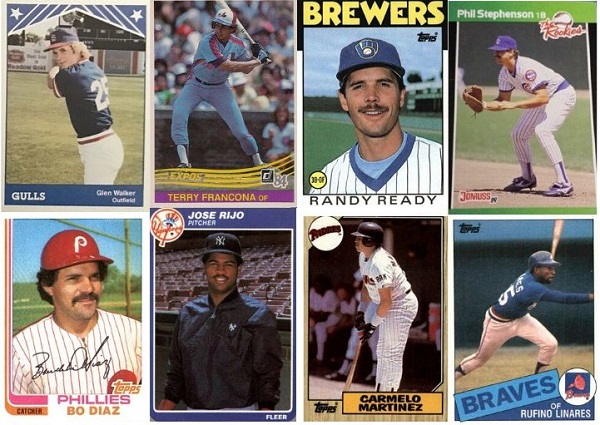 Each winter, before Major League Baseball’s spring training gets underway, and after national tournaments have concluded, the Serie Caribe helps determine the best baseball team among all the Latin American countries.

Not surprisingly, the Caribbean Series draws interest from major leaguers, and they’re often among the standouts as the nations battle for diamond supremacy.

And, for card collectors of the 1980s (and other eras), there are plenty of familiar faces among the very best players from each year’s tournament, and it’s fun to look back at the overlap.

Here, then, are the nine men who won the MVP award in the Serie Caribe during the 1980s, along with their baseball cards from the years they won … or as close as possible, since there were some cardboard gaps.

Law didn’t quite make the cut for the Dodgers in 1979, when his Topps rookie card debuted … which meant he didn’t have any cards in 1980.

What Law did do, though, was team with fellow Major Leaguers Leon Durham, Jerry Dybzinski, Damaso Garcia, Dennis Lewallyn and Teodoro Martinez to lead the Dominican Republic’s Tigres del Licey to 4-2 record and the Serie Caribe title the next winter (1980).

For his efforts, Law was named the MVP of the entire series … and he also went on to record a solid rookie season in L.A.

There was no Caribbean Series in 1981 due to a strike among players in the Venezuelan League. Thus, no MVP.

By 1982, Diaz was an All-Star catcher in the big leagues, and on his way to the Philadelphia Phillies thanks to a three-team trade in November 1981 between the Phils, Cleveland Indians, and St. Louis Cardinals.

Before heading to Philly, Diaz led the Venezuelan Leones del Caracas to a series victory on the strength of his .412 batting average, two home runs, and five RBI — and his handling of a pitching staff that included Luis Leal, Bud Black, and a couple of other Major Leaguers.

And, though the team also featured the likes of Steve Sax, Andres Galarraga, Ron Gardenhire, and others, it was Diaz who took home MVP honors.

Walker was a beast in the batter’s box, crushing long home runs throughout his (long) minor league career.

Alas, like many other minor league mashers, Walker never could quite break through and, in fact, never made it to the majors at all.

Walker did make it to the roster of the Puerto Rican team in the Serie Caribe, where he joined major leaguers like Dickie Thon, Candy Maldonado, Henry Cruz, Ken Phelps, Carmelo Martinez, and others.

And, while Walker’s story took a dark turn in the 1990s, he stood tall as the Caribbean Series MVP in 1983.

Before Tito became a Hall of Fame-caliber manager with the Red Sox and Indians, he was a solid bat as a platoon player and pinch hitter for the Montreal Expos and a handful of other teams in the 1980s.

And … he was also the 1984 Caribbean Series MVP as a member of Venezuela’s Águilas del Zulia, who took the whole ball of wax with a 5-1 record.

Jose Rijo was just 19 years old when he took the mound for the Dominican Republic team in the 1985 Serie Caribe, but that youth didn’t hold him back a bit — three saves over six scoreless innings helped his club capture the flag and landed the MVP award for Rijo.

That was a loaded team that included familiar names like Jorge Bell, Tony Fernandez, David Green, Burt Hooton, and other major leaguers, but it was the youngster who shone above all others.

Of course, a few years later, Rijo would develop into one of the best starters in the majors, and he would eventually help the Cincinnati Reds win the 1990 World Series.

Before this 1986 Topps card of Randy Ready was christened a “Wax Packer” by Brad Balukjian, Ready himself was a versatile player who could man a few positions and handle the bat well enough to stay on the Milwaukee Brewers roster.

The Brew Crew would send him to the San Diego Padres that summer, a move that would bring more playing time Ready’s way.

Before that, though, Ready broke out for the Mayagüez of Puerto Rico in the Caribbean Series, taking the batting crown with a .467 mark and leading all batters with seven RBI. It was enough to win Series MVP honors despite his team’s last-place finish.

Martinez was one of the few power sources for the San Diego Padres in the 1980s, clubbing a career-high 21 dingers with the Friars in 1985. Just the years before, he had helped San Diego win their first-ever division title with 13 homers and a sixth-place finish in the 1984 National League Rookie of the Year voting.

The still-young outfielder had even bigger things in mind to start 1987, though, as he led all hitters in the Serie Caribe with a .556 batting average and 9 RBI to lead the Puerto Rican Criollos de Caguas to a title … and to win the Series MVP award.

Linares finished up his Major League career with the California Angels in 1985, though he kept plugging away in the minors through 1987.

That one-year stint with the Angels came after a three-season run with the Atlanta Braves, which yielded a few baseball cards, including the 1985 Topps finale you see here.

But right after Linares’ final minor league go, he stopped in at the Caribbean Series in the winter of 1988 to pace the games with five RBI and lead the DR’s Leones del Escogido to a title.

That was good enough to garner MVP honors for Linares.

Entering the 1989 season, Phil Stephenson was a 28-year-old first baseman with seven minor league seasons under his belt but nary an MLB appearance.

After three straight seasons at Triple-A, though, he finally broke through with the Cubs. They flipped him to the Padres in September that summer, which worked out for Stephenson, as he lasted parts of four years in San Diego.

Before he finally got his break, though, Stephenson showed his stuff in the Serie Caribe. That February, he hit three home runs, scored six runs, and drove in seven, all series-leading totals.

That was enough to help the Águilas del Zulia (Venezuela) to a title, and to win the MVP award.

And, just maybe, to catch the Cubs’ attention, once and for all. 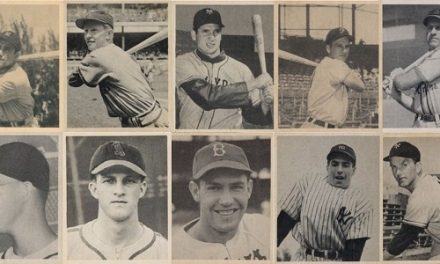 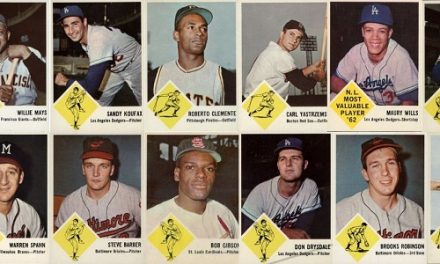 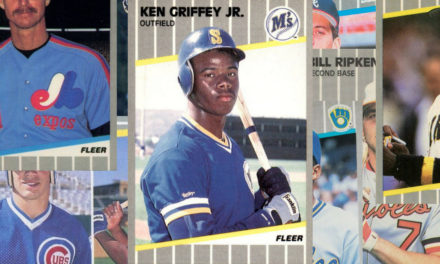