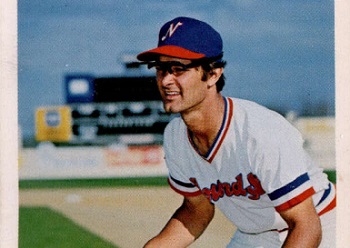 After winning back-to-back World Series titles in 1977 and 1978, the New York Yankees fell on hard times in 1979 … at least by their standards.

Specifically, an 89-71 record left them in fourth place in the always-tough American League East division, but the biggest blow came when team captain Thurman Munson died in a plane crash on August 2.

Dark days, indeed, in the Bronx.

But something happened, likely unnoticed by most Yankees fans (or anyone else in baseball, for that matter) a few months before Munson’s untimely death that portended another era of exciting Bombers baseball just ahead.

To wit, in early June, the Yanks selected a high schooler out of Evansville, Indiana, in the 19th round of the MLB Draft.

Maybe, but anyone paying attention soon got a glimpse of what the future might hold for young Don Mattingly.

Because, that summer, Mattingly hit .349 in 53 games for the Low-A Oneonta Yankees in the New York-Penn League.

The next summer, the big league Yankees mostly righted their ship, knocking off the defending Baltimore Orioles in the AL East before the Kansas City Royals swept them in the American League Championship Series.

Meanwhile, young Mattingly moved up to Single-A Greensboro, where he hit a fairly amazing .358 while flashing some power (nine home runs) and driving in 105 runs.

Had the Yankees themselves not been such a soap opera, or had the internet been a thing, Mattingly might have been a hot name across the game that winter. As things played out, though, he opened the 1981 season as a 20-year-old prospect with the Double-A Nashville Sounds.

In the Big Apple, the Yankees set about defending their division crown with a 34-22 record that had them riding high in first place … before The Strike that split the season in two.

New York would stumble to 25-26 once the game resumed in August, but they made the playoffs by virtue of “winning” the first half.

They made the most of that funky situation — or nearly the most — marching all the way to the World Series, where they fell to the Los Angeles Dodgers, four games to two.

For his part, Mattingly hardly seemed to notice the shenanigans taking place in the upper reaches of the sport, at least judging by his stats at Nashville: 141 games played, .316, 7 HR, 98 RBI.

With 35-year-old Bob Watson playing first base in Yankee Stadium, a path to the bigs was starting to clear in front of young Mattingly.

Before the future Hit Man could even step foot in The Stadium, though, there was a bit of business to take care of.

In particular, in those days before Bowman’s resurrection as the brand who signs babies to exclusive prospect contracts, and before the next guy you’ve never heard of has a baseball card “worth” five figures prior to his big league at-bat, Mattingly had remained cardboardless heading into the 1981 season.

By the end of the summer, that had all changed:

And, as early 1980s minor league issues go, it’s pretty darn amazing, or at least the photo is — crisp, colorful, even artistic in its posery.

It even makes you look hard a few times, turn your head to the side, stand on your elbows to make sure that Donnie Baseball doesn’t have his glove on upside down.

And the card back?

Well, that’s really something, too.

Like I said … “something.” As in, something you could have made on your typewriter.

The only thing missing, it seems, was Mattingly’s mustache. 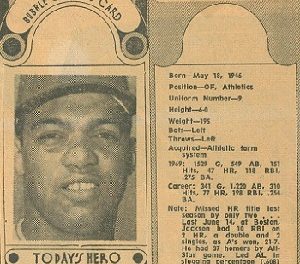 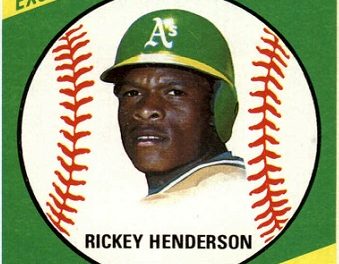 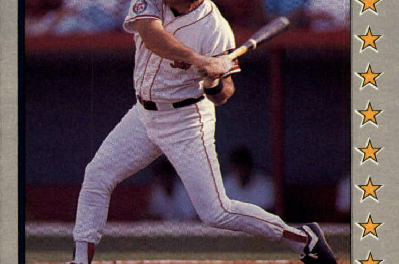 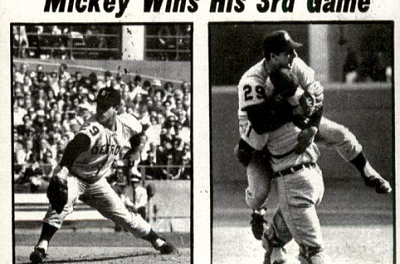