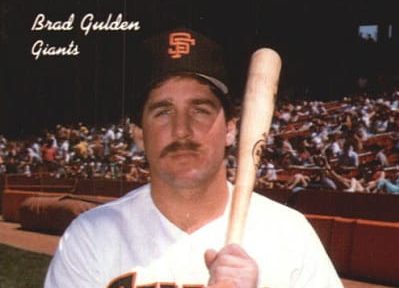 In June of 1975, the Los Angeles Dodgers selected a young catcher named Brad Gulden out of Chaska High School in Minnesota with their 17th round pick of the MLB Draft.

Like many young players, Gulden began his professional career in low-A ball and then spent the next three-plus years climbing through the Dodgers’ farm system.

The Dodgers finally called up Gulden in September of 1978, and he immediately served notice he was a force to be reckoned with by going 0-for-4 with two strikeouts in three games.

The next February, L.A. traded Gulden to the New York Yankees for Gary Thomasson, which meant a return trip to Triple-A, but Gulden made it to the Bronx in time to appear in 40 games for the Bombers.

That landed Gulden a prime spot on a 1980 Topps Yankees Future Stars card, right there between Bobby Brown and Darryl Jones. It was the hobby’s first look at the phenom, and whispers started to emerge from improv fans.

That .163 batting average he put up in 1979 was good enough to get Gulden an extended stay at Double- and Triple-A in 1980, plus a two-game return to The Big Apple. Gulden had become so irresistible by that point that Yanks only had to pay the Mariners $150,000 to take him in exchange for Larry Milbourne and a Player To Be Named Later in November of 1980.

In 1981, the Mariners completed that trade by sending … uh … Brad Gulden to the Yankees. But not before he hit .188 with an RBI.

Then it was on to Montreal and, finally, in 1984, Cincinnati. Gulden was something like the face of that Reds team that racked up an eye-popping 72-90 record on the strength of their catcher’s .226/4 home run/33 RBI onslaught in 104 games. That same summer, a rising improv-er (improver is something else) became a semi-regular on the late-night talk show stand-up circuit.

With profiles rising and suspicions stirring, the Astros bought Gulden from the Reds. After a season back in the minors in 1985, Gulden signed as a free agent with the Giants that December. The baseball god thing was wearing thin, but he’d give it one more shot.

While with the Giants in 1986, Gulden was approached by Mother’s Cookies to front their new multi-billion-dollar ad campaign, citing a breakdown in negotiations with Phil Ouellette.

Gulden consented, but insisted on anonymity.

The aging superstar went 2-for-22 that season with the Giants … but with two walks.

On October 11, 1986, Kevin Nealon debuted on Saturday Night Live, along with his “Mr. Subliminal” sketch. The Giants had wrapped up their season six days before. 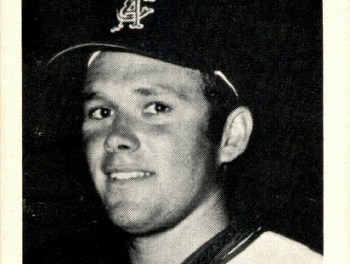 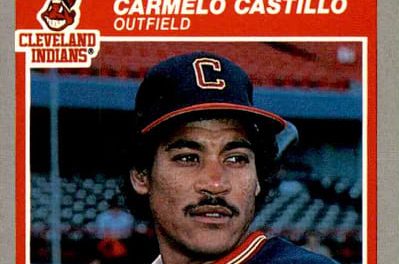