Here is a common hobby experience … you see a stack of 1975 Topps baseball cards for the first time, and you either love them or hate them.

There just isn’t much room for waffling with these multi-colored beauties (guess which camp I’m in!), is there? I mean, they’re like Chiclets in a corrugated box — or three-ring binder, or top-loader, or … you get the point.

But no matter which side of the fence you land on with the 1975 Topps set, it’s hard to deny that they have been hobby drivers for decades. That tends to happen when an issue is loaded with rookie cards of future Hall of Famers and causes whispers wherever it shows up.

Add in the buzz that the mini version of the set always brings about, and you have the recipe for some highly desired cardboard.

But which 1975 Topps baseball cards are the most valuable?

To answer that question, I consulted the PSA Sports Market Report (SMR) Price Guide and compiled the following list.

For this exercise, I’m focusing on cards that grade PSA 8 (NM-MT), because those cards will be just about as sharp as you could want, but they are not so rare to run into condition-based price anomalies (like a five-figure price tag for a PSA 10 Hank Aaron at the end of the set).

And these listings are specifically for the standard size 1975s, though the minis should follow the same general pattern, albeit at a slight premium. If you’re interested in pricing for that more diminutive issue, check out the SMR listing here.

Now, with those formalities out of the way, let’s dig into the most valuable 1975 Topps baseball cards …

By the time the hobby exploded in the early-to-mid-1980s, George Brett was already a baseball legend.

Hitting .390, winning an American League MVP award, and helping your team to a slew of division titles — and a World Series — will do that for a fella.

And the hemorrhoid thing.

And the pine tar thing.

So, it wasn’t surprising that the Brett rookie card climbed to the top of the 1975 Topps heap early on, and it’s not surprising it’s still there all these years later.

Those 3000 hits and a Hall of Fame plaque in the interim helped this RC’s cause, and so did the fact that it’s a single rookie card when so many of the big scores from the 1970s are multi-player rookies.

It also doesn’t hurt that Brett and Robin Yount spent their careers in lock-step in so many ways, increasing visibility for both rookies (see below).

It takes a legend of magnificent proportions to split up baseball’s most celebrated “twins” of the 1970s and 1980s, and that’s just what we have here.

Any time you find Nolan Ryan in a baseball card set, you can bet dollars to (baseball bat) donuts that that Ryan card will be among the most valuable in the set.

The 1975 Topps issue of the Ryan Express is no exception.

Longtime collectors might remember the days when Ryan was an enigma — a guy who could throw faster than a jet plane and who could make Hugh Hefner strike out but who wasn’t always regarded as a polished pitcher.

Polished or not, Ryan ended up pitching basically forever and put the all-time records for strikeouts and no-hitters (among other marks) out of reach for mere mortals.

Pretty much everything I said about Brett above goes for Yount, too, except that Robin won two MVP awards.

Of course, he also never put up the gaudy batting averages that his Kansas City Royals counterpart did, and Yount’s Milwaukee Brewers were not perennial October participants.

Still, more than 3000 hits and a place in Cooperstown leaves the Yount rookie card in the upper echelons of the 1975 Topps set.

In 1974, Hank Aaron broke one of baseball’s most hallowed records when he slammed his 715th home run to move past Babe Ruth.

Topps did most of their Aaron celebrating that same year by issuing a series of special cards to kick off the 1974 set, including a retrospective of Hammer’s previous Topps cards.

Now, the last card in a Topps set was a big deal sometimes — see Ted Williams in 1954. But the Atlanta Braves had — *gulp* — traded Aaron to the Milwaukee Brewers in the 1974-75 off-season.

And, rather than just show Aaron the Braves uniform that he raised to new levels over the course of two decades, they instead chose a close-up profile shot and airbrushed in the Brewers colors.

Still, it’s the last Topps card of a top-five player all-time, and for that it rightfully sits as a hobby elder.

You’ve already read most of this card’s story above, but just let me add that this is the last Topps card to show Hank Aaron in an unaltered Atlanta Braves uniform.

And it’s a number-one.

And it commemorates one of the game’s greatest-ever moments.

So, is it any surprise this is also a top-shelf card?

Who was the best catcher of the 1970s? Probably Johnny Bench, right?

But while JB was busy helping the Cincinnati Reds to a dynasty, a youngster was sprouting up behind the plate for the Montreal Expos.

And, by the time his New York Mets won the 1986 World Series, Gary Carter had firmly established himself as the catcher of the 1980s.

His 1975 Topps rookie card rose through the ranks with him, and now sits comfortably north of most other pasteboards in the set.

It’s a fitting position for a Hall of Fame receiver who was taken from us all much too soon.

In the late 1970s, there was little doubt in anyone’s mind that Boston Red Sox slugger Jim Rice was a Hall of Famer in the making.

His 1978 season was as amazing a display of overall batting excellence as most fans had ever seen, and he seemed a lock to eventually reach 500 home runs.

Rice had built enough of a legend that his cards climbed in value through the hobby boom even though his on-field performance began to wane. In the years after his retirement, it seemed that Rice’s stats would leave him short of Cooperstown, though.

Even so, his cards remained popular with collectors. When he made a late push to gain HOF election in 2009, his 1975 RC was once again a hot hobby property.

Ever notice the names that come up when you engage in one of those conversations?

If you had to win one game and could pick just one pitcher to get the job done … who would it be?

The usual suspects include Sandy Koufax, Jack Morris, Madison Bumgarner … and, maybe more than anyone else, Bob Gibson.

The St. Louis Cardinals’ mound intimidator for 17 seasons, Gibson was as fierce a competitor as you’d ever want to encounter. His overall body of work included 251 victories, a 2.91 ERA, 3117 strikeouts, two Cy Young Awards, and the 1968 National League MVP Award (in “The Year of the Pitcher”).

Oh, and a Hall of Fame plaque.

The 1975 Topps card was the last of his storied career, and it’s place on this list is a fitting hobby tribute to an all-time great.

One of Gibson’s teammates who made those great 1960s Cardinals teams go, go, go was speedster Lou Brock.

The centerpiece of one of history’s most lopsided trades when the Chicago Cubs traded him to the Cards in June of 1964, Brock almost immediately became a sensation in St. Louis thanks to his blend of power and speed.

Fast forward to 1974, and Brock was the acknowledged king of speedsters in the Major Leagues. To articulate that point, he went ahead and swiped 118 bases that summer to break Maury Wills‘s single-season record.

Those high-flying exploits caught the fancy of fans, so much so that this 1974 Highlights card sells for a decent premium even today.

Love him or hate him, there is no denying that Pete Rose made things happen on the baseball diamond.

And, as we would find out later, he also made things happen off the diamond, which is what’s landed him in his current predicament.

Will baseball’s all-time Hit King ever make it to the Hall of Fame? Chances are, he will … but Pete may not join Ty Cobb and all the other hit mavens until he has served his full lifetime ban.

In the meantime, Rose remains a polarizing figure and a hobby staple whose cards are always among the most valuable in whatever set they grace.

Pretty much every Reggie Jackson baseball card is a special affair, by virtue of its featuring Mr. October.

But the 1975 Topps Reggie card has something else going for it … it’s the last Topps card to picture Jackson as a member of the Oakland A’s while he was still playing for the Oakland A’s (until his late-career return to the Bay).

Because, while his 1976 issue also shows Reggie with the A’s, he actually played for the Baltimore Orioles that summer.

Then, of course, he was off to the New York Yankees for 1977, a move that began to cement his status as a baseball god.

Back to 1975 Topps … what is this piece of cardboard history worth today?

By modern statistical standards, Mike Schmidt probably should have won the National League MVP Award in 1974 on the strength of his 9+ WAR and league-leading 36 home runs.

But back then, power hitters with low batting averages and tons of strikeouts just didn’t take home the hardware, especially if they played on third-place teams.

Don’t cry for Michael Jack, though, because he got his due with 3 MVPs and general acknowledgement as maybe the best third baseman ever once his Phillies turned the corner into contention and championships.

Along the way, this 1975 card that memorialized his big 1974 — and every other hunk of Schmitty cardboard — became hot hobby commodities.

Today, this very 1970s issue is as popular as ever. 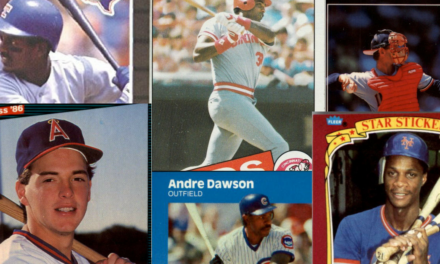 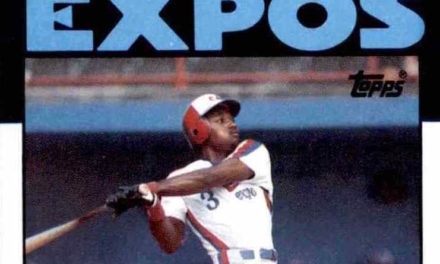 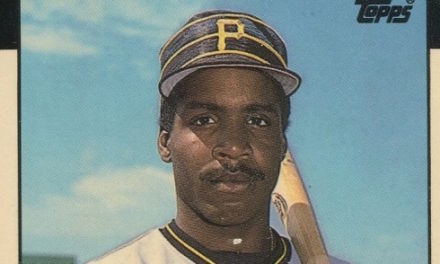