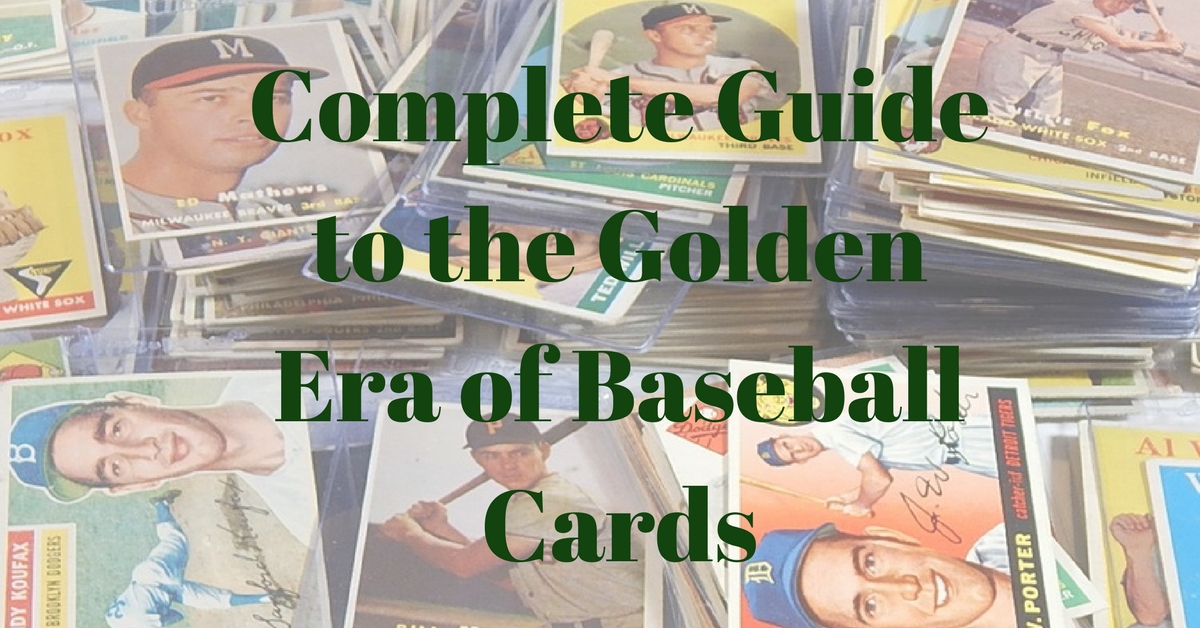 Ask 100 baseball card collectors when their all-time favorite cards were issued, and you’re liable to get 100 different answers. But chances are pretty good that most of those responses will point to cards printed during the Golden Age of baseball cards, roughly 1948-1994.

Why that specific date range?

Well, these things are somewhat subjective, of course, but this one isn’t too tough to figure out …

After World War II and its paper rations, the fledgling hobby took a few years to get back on track. But in 1948, both Leaf and Bowman issued cards with bubble gum to set the stage for the modern pastime.

Baseball cards grew in popularity over the coming decades against a varied landscape of manufacturers and a changing game. By 1994, it seemed like every baseball fan was also a collector until … BOOM! … the strike changed everything.

Even though the game itself recovered and reached new heights, collecting has never been quite the same since, at least in the eyes of those who lived through the build-up and boom, and then the fall.

So that’s the deal with my definition of the hobby’s Golden Era.

Now, here’s the deal with this guide …

I’ve always loved to read about baseball cards, and I also enjoy writing about them. Naturally, I most love to read about cards from 1948-1994, and there are some great articles out here on the wild web.

But these awesome posts are scattered all over the place. Wouldn’t it be neat if you could go one place and read about any of the sets that made our hobby so fascinating for nearly 50 years?

I sure thought so, and that’s why this guide was born — to give us access to the best article about each of the regular-issue sets from 1948-1994, all from one page.

What follow are 101 articles from across the web chronicling the most important years of the baseball card industry, divided into four “generations”:

A good swath of these are articles I’ve written, and my eventual goal is to write an “ultimate guide” type of post for each of these sets, right here on Wax Pack Gods.

For now, though, I’m confident you’ll love these articles.

After all, they’re the best, just like the cards themselves. 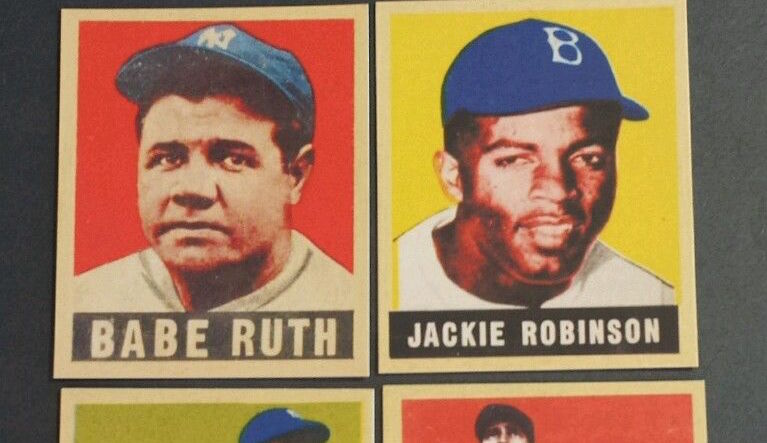 After Leaf and Bowman broke the seal on the hobby in 1948, Topps joined the fray in 1951. After a bitter battle for collectors’ hearts that lasted a bloody five years, the younger company dispatched Bowman to the scrapheap of history.

From 1948-1955, though, the hobby grew and changed and jockeyed for its place in the tableau of American boyhood, and we’re all the better for it. 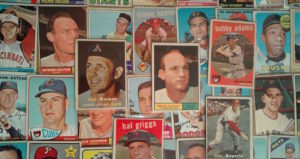 From 1955 through 1980, Topps reigned nearly unchallenged as the only major manufacturer of baseball cards. Even though they faced limited competition, The Old Gum Company continually experimented with innovative ideas to entice new collectors to take the wax-pack plunge.

Without a doubt, some of the most iconic cards of all time were produced during Topps’ quarter century alone on top of the mountain.

When Fleer defeated Topps in an antitrust lawsuit in 1980, it set the stage for new manufacturers to crash the baseball cards party. In 1981, both Fleer and Donruss entered the fray, with Sportflics, Score, and Upper Deck joining them later in the decade.

As the 1980s progressed, fans and speculators from all walks of life jumped into the hobby with both feet, and “baseball cards” became synonymous with “investment.”

Competition and increased collector scrutiny changed the way baseball cards were conceived, manufactured, and distributed, resulting in a leap in quality that built a foundation for today’s high-end cards. 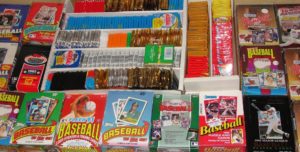 Spurred by the increased interest in the hobby, card manufacturers ramped up production significantly in the late 1980s. It would take a decade or more before we realized just how much product was dumped on the market during these years, but even 30 years later, most of the cards from the “Junk Wax Era” can be had for a song.

Once the players’ strike wiped out a promising 1994 pennant chase and post-season, investors pulled back from the hobby, and even diehard collectors questioned their commitment and ability to absorb the hundreds of yearly issues that were being pumped into the market.

Still, the Junk Wax generation supplies today’s collectors with heaps of nostalgia on the cheap, and packs from this era can make us all feel young again.

Almost from the day they printed their first card, Topps has fought a valiant battle to keep up with player trades. In the early years, that meant sometimes making parenthetical notes on high-number cards, and, by the 1970s, it meant gawdy airbrushing jobs.

But in 1972, The Old Gum Company started dabbling with marking certain players in the high-number series with a “TRADED” stamp across the card photo.

They expanded the effort to small standalone sets in both 1974 and 1976 and then, in 1981, peppered the hobby with a full-fledged, 132-card Traded boxed set.

Those early Topps Traded sets were popular, and collectors anticipated their fall release after each season.

Then Fleer joined the game in 1984 with its first Update set, a limited edition gem that carried the first cards of notables such as Kirby Puckett and Roger Clemens.

Traded series were here to stay … at least through the end of the Golden Era.

The values of these late-year offerings have fluctuated over the decades, but traded sets are distinctly Golden Era fodder. Here’s the best of the net in this regard …

The hobby was never quite the same after the 1994 strike and concomitant hobby “bust.”

But as we’ve come to realize that baseball cards are not the ironclad investment vehicles we once thought they were, a funny thing has happened for many of us who grew up worshiping our Wax Pack Gods in the 1980s and before — the magic is coming back, thanks in large part to the Internet.

Once again, we’re pouring through our cards — and virtual cards — just because we love them.

And, most of all, we love them because they transport us instantly to our own Golden Era.

Enjoy these articles, and check back here often for updates and additions. Do I hear Traded/Updated/Test issues in the future? 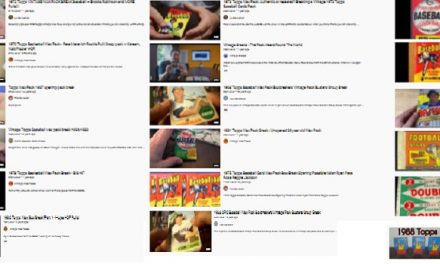 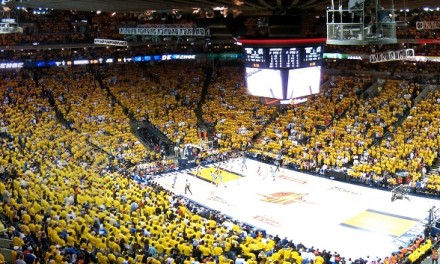 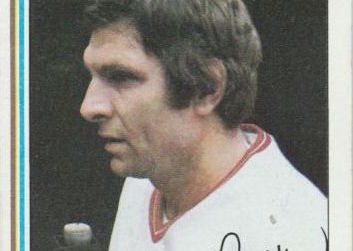